Skip to content
Run and use any older versions of Android Apps without force or mandatory updating the app. Use this simple trick without root permissions.

Many times you may have faced the problem of app asking for a mandatory update to run. But you may not wish to update the app thinking to lose some of the app experience or features. The apps like WhatsApp, Netflix, Hike, WeChat, COC etc ask for a force update to run. This basically happens because the app makes some changes which have an effect on all. For example, if WhatsApp has an update for some emoji smiles, then the one who hasn’t updated the app will not be shown the emojis. Thus causing communication problem, this is why some apps ask you to make mandatory updates.

You can skip this updates and use older versions of Android Apps without any compulsion just using a simple trick which actually is a form of a setting change. No root permissions are required.

Note –  You can try APKMirror.com to download an older version of the App on your device but after installation, if the App forces you to update to the latest version from Play Store than go for the method below.

Step 1: Download and install the older version of the App on your Device.

Step 3: Open Google Play Store and search for the app. Click on Read more and scroll down to check App version. 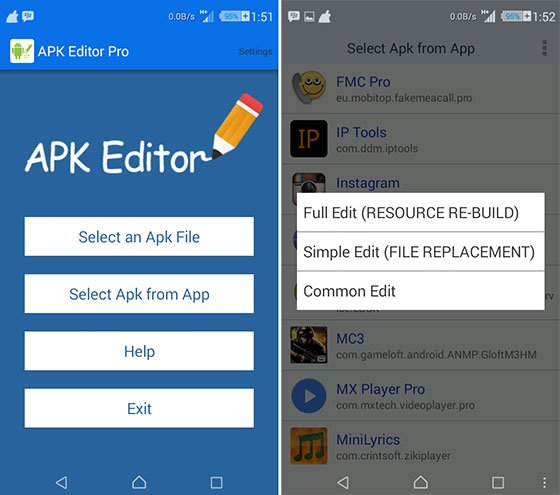 Step 5: Now look for the app and click on “common edit”.

Step 6: Here change the Version name with the latest one you noticed in Google Play Store.

Step 8: Uninstall the pre-installed App and install the modified App from APK Editor. Holla! You have just nailed it.

What if the App Version says “Varies with the device”?

Once done you can use an older version of the App on your Android Smartphone without any update and enjoy the App experience and features. I have also provided a video demo of the same.

How to Use Older Versions of Android Apps Without Updating?

Conclusion: With the method above you can download and install an older version of the App on Android without force updates. The method may not work on all the Apps which need real-time internet access but still, you can give it a try.

I hope the post was helpful. Do comment below for any of the assistance or queries. Have a nice day Cheers!

If you've any thoughts on Use Older Versions of Android Apps Without Updating, then feel free to drop in below comment box. Also, please subscribe to our DigitBin YouTube channel for videos tutorials. Cheers!