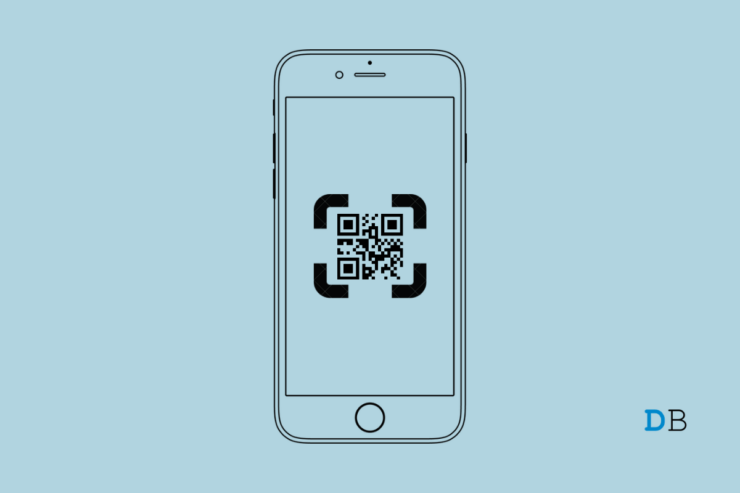 Is the QR Code Scanner not working on your iPhone? Then follow this guide till the end to know the various troubleshooting tips to fix the issue. iPhones come with a stand-alone feature to scan the QR Codes.

The QR code scanner is also present as a shortcut in the iOS control center. QR code makes it easier to make online payments instantly. You can use it for a lot of other specific functions that have been integrated into a QR code.

As the QR scanning requires the use of the iPhone camera, under the iOS camera settings, there is a feature you need to enable to scan QR codes.

Why QR Code Scanner is Not Working on iPhone?

Let us understand this with an example. Consider a situation where a user wants to do an online payment via Google Pay by scanning a QR code at a shop. Unfortunately, some people may not be too tech-savvy. Such folks may not perform a QR code scan properly.

I have often observed, people not scanning the QR code thoroughly. The QR code needs to be displayed in its entirety on the scanner. Otherwise, the payment platform cannot get the details of the merchant which is the destination where payment is to be done.

People also show scan the QR code pretty fast and withdraw the scanner in front of the QR code. The payment app fails to decipher the QR code when the camera is shown and retracted that fast.

Best Fix for QR Code Scanner Not Working on iOS

Now, let’s check out the fixes available to deal with this snag.

Update iOS to a Latest Build (iOS 11 or above)

Currently, we are using iOS 15. The QR code scanning feature is supported by iOS 11 and all the latter iOS versions. So, you need to upgrade the iOS on your iPhones. Even if the iPhone is running on iOS 15, check and install the latest subversion that has been rolled out by Apple.

Often I have faced this issue where randomly, the QR code scanner stops working. I remind myself that my iOS version is updated recently. The QR code scanning feature has been enabled as well. So, what’s the issue then?

Alternatively, you may also force restart the iPhone depending upon which model of iPhone you own by checking out our guide.

This fix is very important. You need to ensure that QR code scanning has been enabled. For that, you have to check the camera settings within iOS.

Is Your iPhone Low on Battery?

The iPhone, at that point, will be struggling to distribute the juice to continue the working of other important system files and hardware. Trying to scan a QR code may get sluggish, or the feature may not work at all.

So, set your device on charge and get at least 10 percent of battery charge before attempting any battery-intensive tasks. You may use any alternate smartphone to scan the QR code.

Today almost every day, we rely on online payment, which is usually done by scanning QR codes. So, it is important o have the QR code feature working well on your iPhone. This straightforward guide will help you in fixing that problem. I hope that you find this useful.

If you've any thoughts on How to Fix QR Code Scanner Not Working on iPhone?, then feel free to drop in below comment box. Also, please subscribe to our DigitBin YouTube channel for videos tutorials. Cheers!