Skip to content
Looking for Free Apps to Read Manga on your Android Mobile. Here is the List of Best Manga Apps for Android. 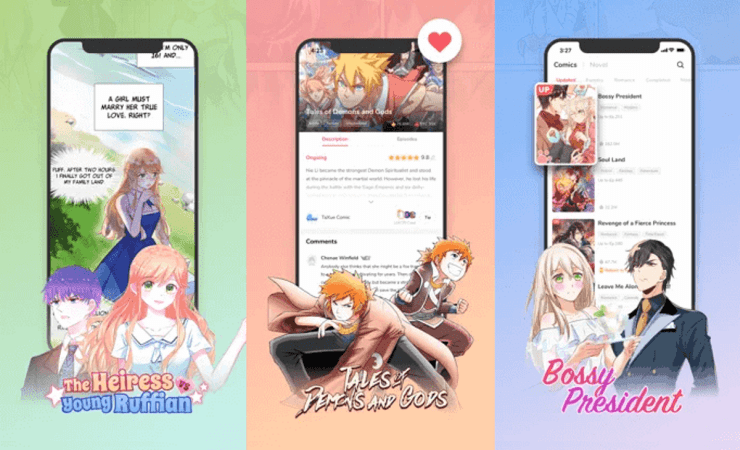 I remember reading manga comics as a kid and collecting them as well. As the days passed, manga started disappearing from most bookstores. The reason many readers left reading manga on a regular basis or opted out for an alternative But still, we are all connected to that phase of life where we used to read the manga. These mangas used to have an extremely wonderful stories with great characters full of fantasies. So can we still read the manga? The answer is a big yes.

Many readers have recently wondered how they can read manga in 2023, especially the best ones, for free. Also included are past regular readers who are bored with Netflix and chill and want to explore manga. So, if you’re thinking the same thing but can’t figure it out, then do not worry; we do have a proper guide for you. This guide will provide comprehensive information on all of the best free manga apps as well as how to access them.

There are many sorts of free mangas present on the Google Play Store, like comedy, action, love, horror, etc. As this article is just a guide for the best manga on Google Play, all categories of manga may not be included in the list. Furthermore, the mangas listed below are available from the Google Play Store and are free to access indefinitely. Considering all the possibilities, we have picked the 10 best mangas for you. So let’s take a quick look at it. 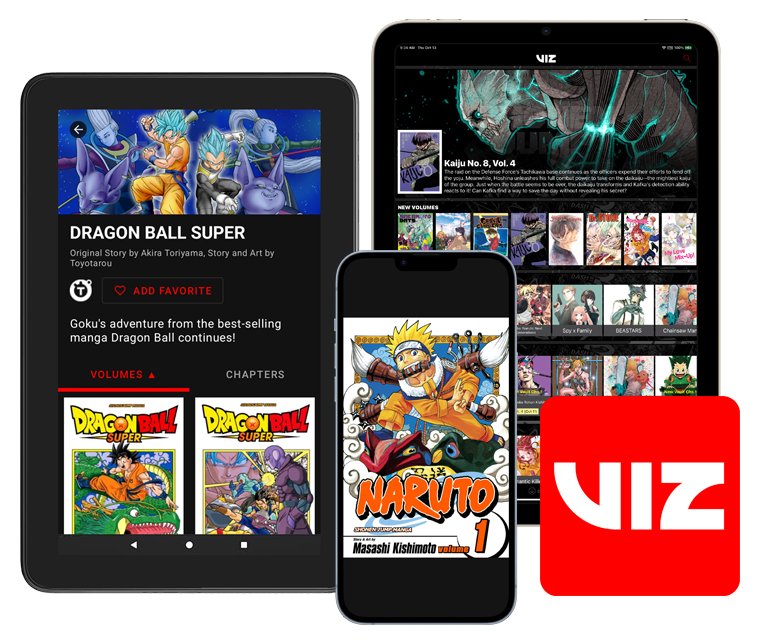 VIZ Manga is one of the best apps for reading manga stories. The app is available to download for free from the Google Play Store. The app has a clean user interface, which provides a smooth reading experience. This app provides direct access to free manga chapters and a massive manga library.

VIZ Manga offers many genres to choose from. You can also find unique and rare mangas in this app that may not be available in other manga reader apps. To read more chapters in this manga, you need to subscribe to VIZ Manga so that you can access them without any interruptions. The app also offers readers the option to either read the comics online or download them to access them later. 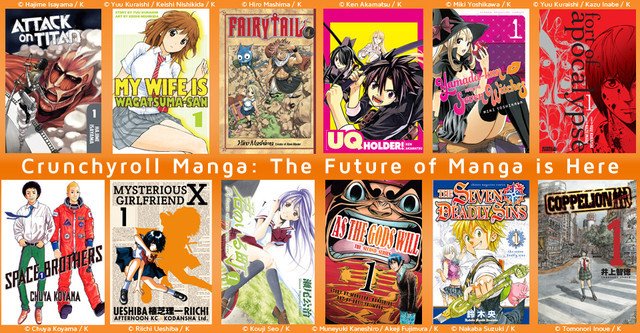 Crunchyroll Manga is an official manga app that provides the latest manga comics straight from the Japan Manga Industry. The Crunchyroll Manga app is free to download on the Google Play Store; however, some in-app purchases are also available.

With this app, you can quickly access the mangas as soon as they are rolled out in Japan for public readers. This app keeps you updated with the latest titles like Attack of the Titans, Space Brothers, and many more. It has a massive library of mangas of various genres. The app offers an elegant user interface with lots of customization. With these customization tools, you can find your perfect manga to start with according to your taste and preferences. 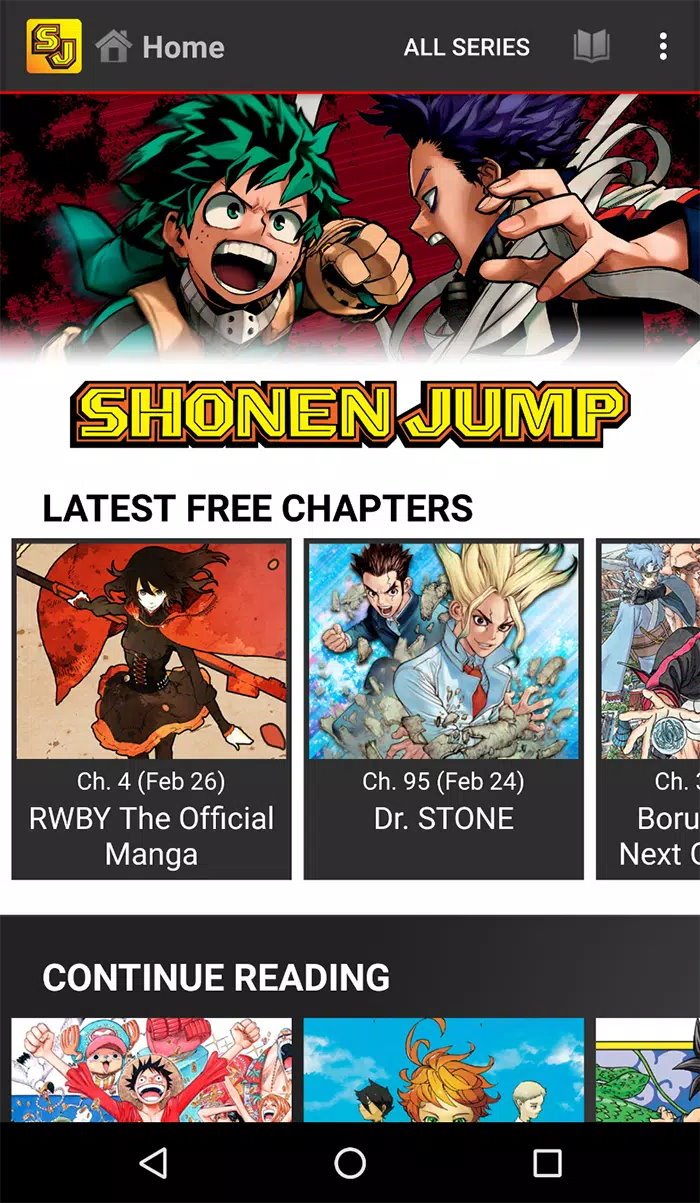 Shonen Jump Manga and Comics is one of the perfect manga reader apps if you are a fan of the Shonen Jump series. The app is free to download from the Google Play Store. In this manga app, readers can only read the first hundred chapters every day.

However, after exhausting their daily quota, if they want to access more of it, they will have to pay $1.99 per month so that they can read and access all the listed mangas without any interruptions. As mentioned, this app is very worthwhile for readers who are interested in the Shonen Jump series. So start reading your favorite manga right away. 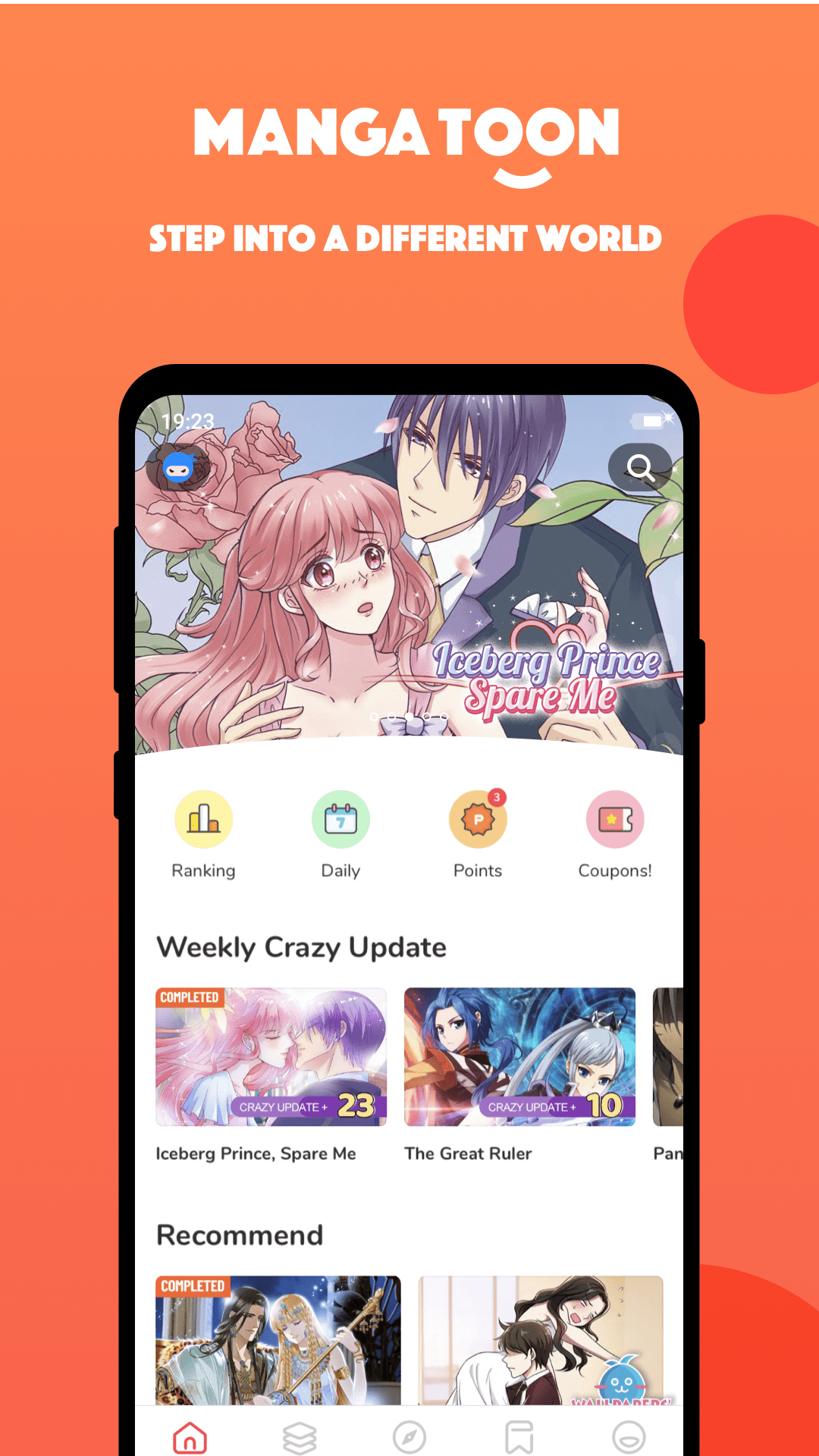 Similar to all manga apps, MangaToon is also a free manga reader app with various popular manga stories. Considering the popularity of this manga app, the content of MangaToon gets updated on a daily basis. With this feature, there is always something new to read, and you never get bored of it. This is a kind of user-catching feature. The mangas in the app are of high quality and come in numerous varieties.

The app includes Japanese comics as well as Korean comics. Readers can subscribe for updated mangas, and whenever new content is pushed on the app, they will be notified for sure. Some of the mangas in this app are free, while others must be purchased in order to be accessed on a pay-per-view basis. The app also offers readers the option to either read the comics online or download them to access them later. 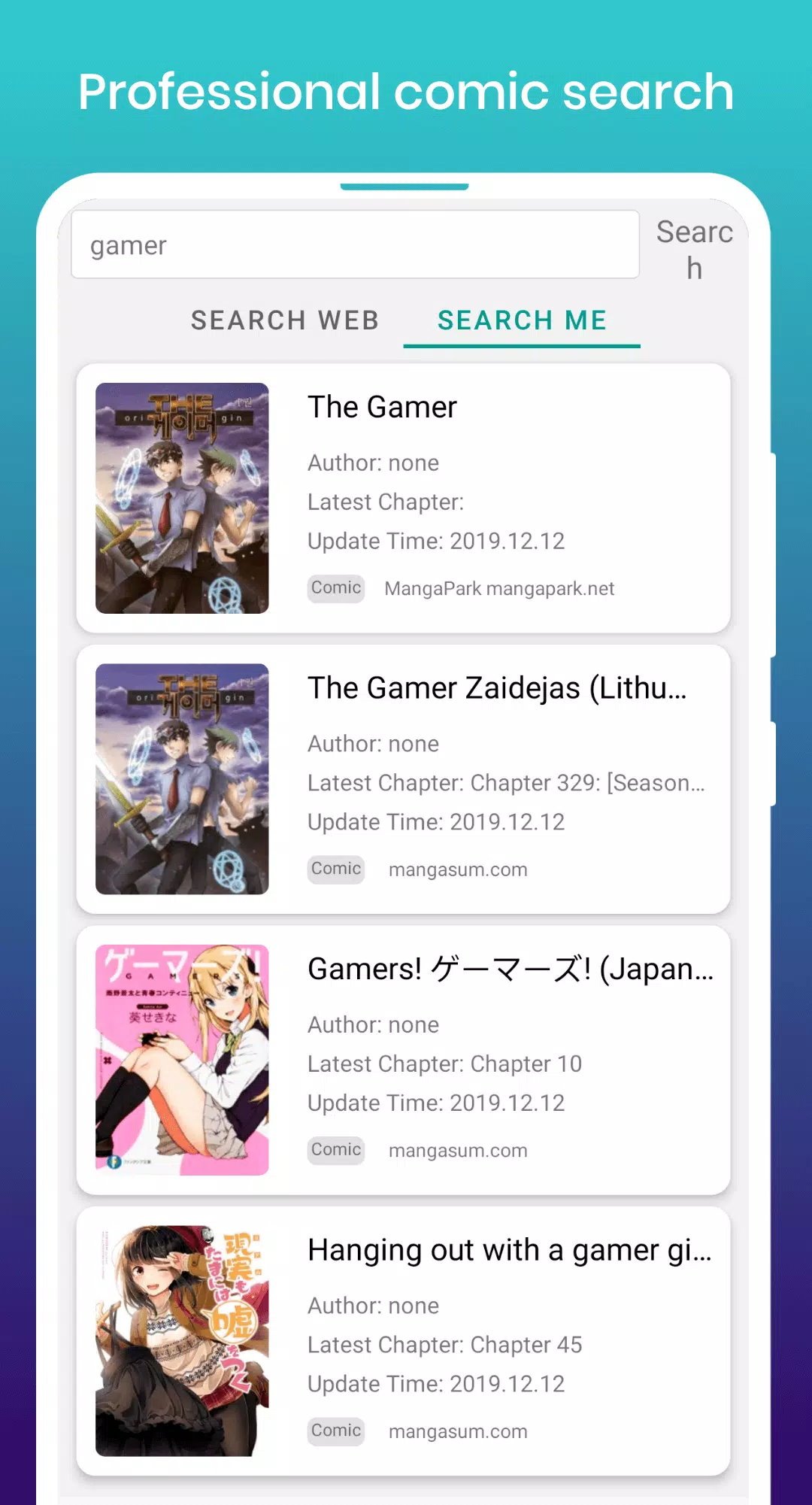 The Manga Box is the fifth item on the list. This is one of the most popular manga apps when it comes to the reading experience. With its cleaner UI, this manga app allows users to have a smooth reading experience when accessing manga. It has one of the biggest manga libraries, especially from popular authors around the world, including various genres.

Reading management is very advanced in this app, as it marks mangas as completed or unread. This feature allows the reader to get a proper understanding of their chosen manga. The content of Manga Box gets updated on a daily basis. With this feature, there is always something new to read, and you never get bored of it. 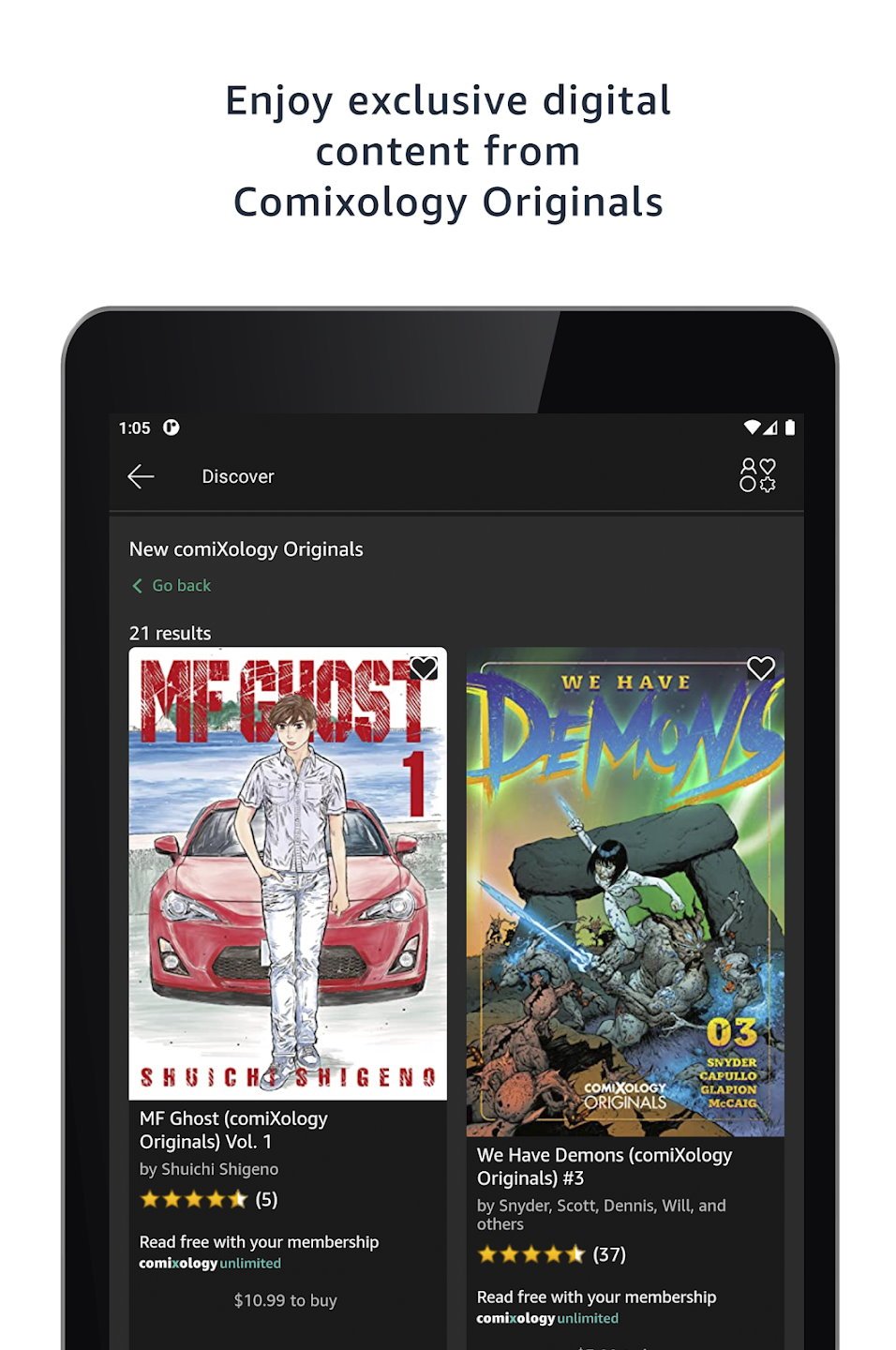 Comixology app is both for readers who love manga and comic books. It is also one of the best mangas on the Google Play Store, with a huge library of over 100,000 mangas. The manga app is developed by Comixology and is free to download for Android devices.

In this app, readers can find any genre they want, be it horror, love, action, etc. So, you can mostly find all the comics that are available anywhere on the internet. The manga app has some of the more popular titles like Fairy Tale, Dragon Ball, and One Piece. The app also offers readers the option to either read the comics online or download them to access them later for free. 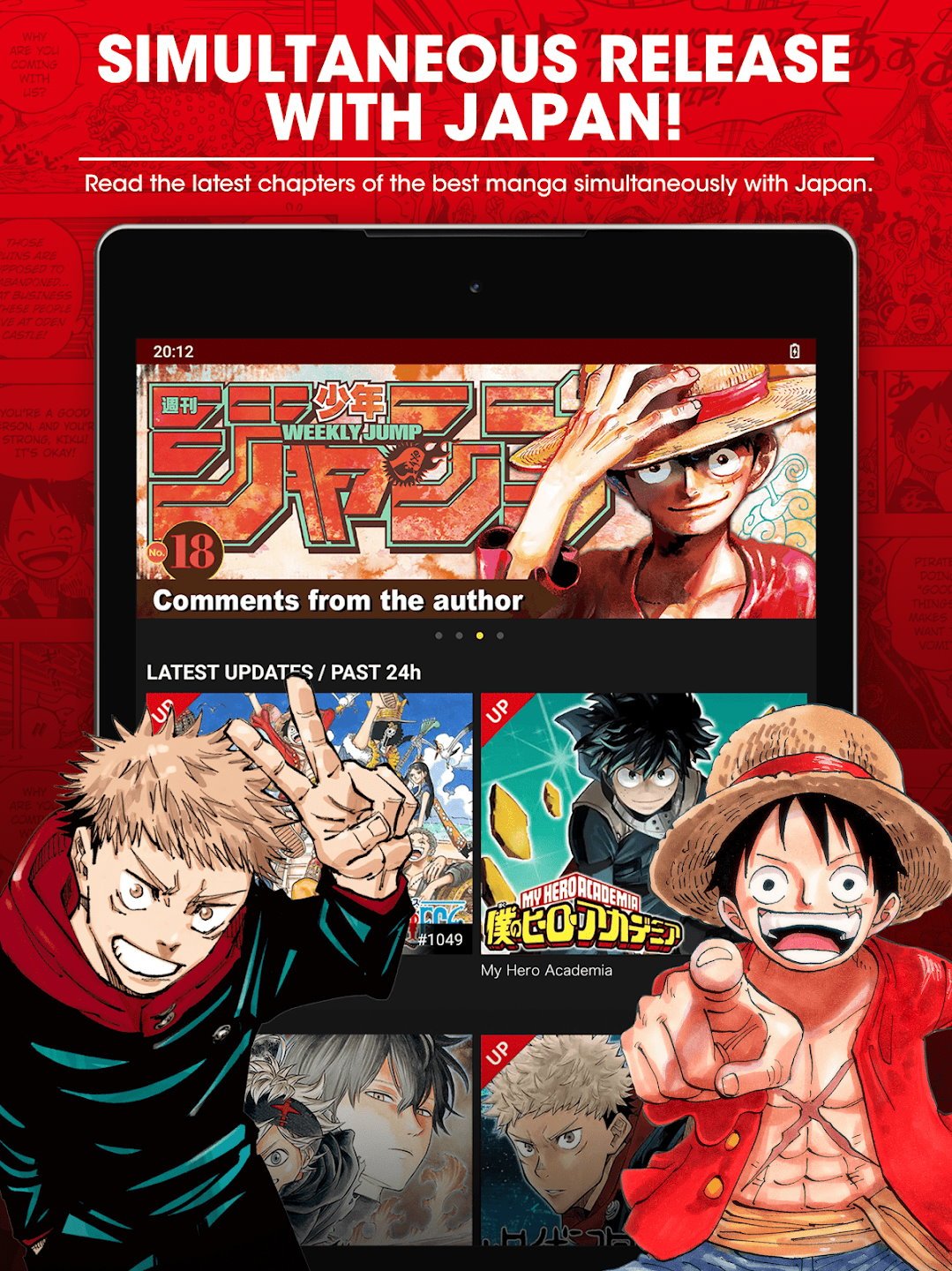 Manga Plus is basically developed by Shueisha Inc. This manga app is available worldwide and is also available for free on the Google Play Store. Manga Plus is also one of the best manga apps for Android devices. It’s not just a manga app; it’s more than that. This app allows readers to access chapters of the most popular manga for free. Shueisha Inc. has undertaken many mangas like Bleach, Naruto, and My Hero Academia, and that’s the special thing about this app.

The app offers readers the option to either read the comics online or download them to access them later for free. The latest manga chapters are updated on this app as soon as they are published by public readers. There is also one drawback in the app: you can only access the first and last three episodes of any comic. This app is good if you want to stay updated with the latest chapters of the manga. On the other hand, if you are in the middle of something, you have to switch to another manga app. 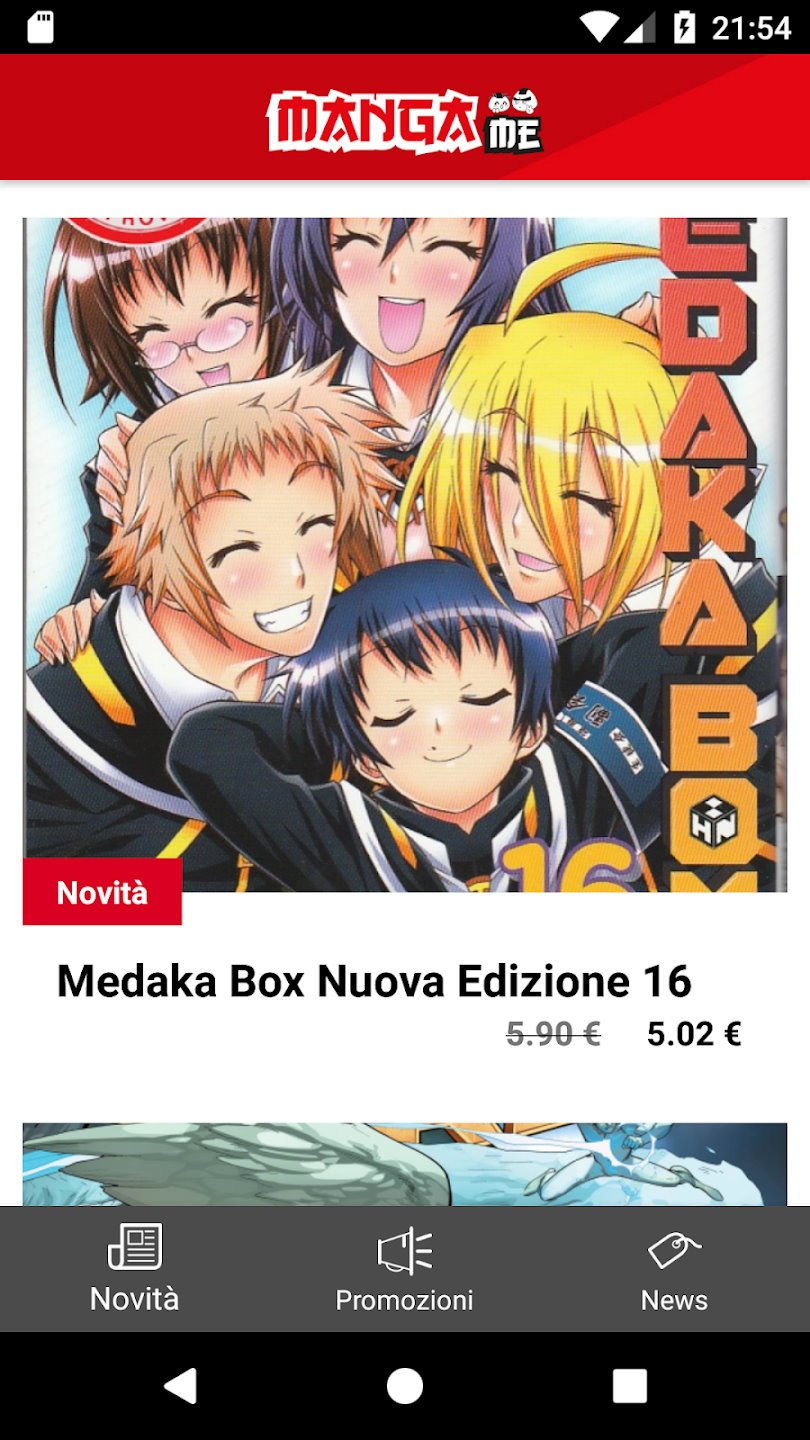 MangaMe, which stands at number eight, is also one of the best free comic apps to existing on the Google Play Store. The app has an infinite library of comics from various genres. According to the developer, the app contains over 30.000 mangas that are free to download.

In the app, readers can access mangas in multiple languages of their choice without any limitations. The comic stories listed on the app keep updating on a regular basis whenever new content is published, so you won’t miss anything. The app has an elegant user interface that is simple to use and free of lags. Readers can either read the comics online or download them to access them in the future. The downloading feature is next level in this app; you can download mangas one by one or in bulk, which makes it pretty handy to use. 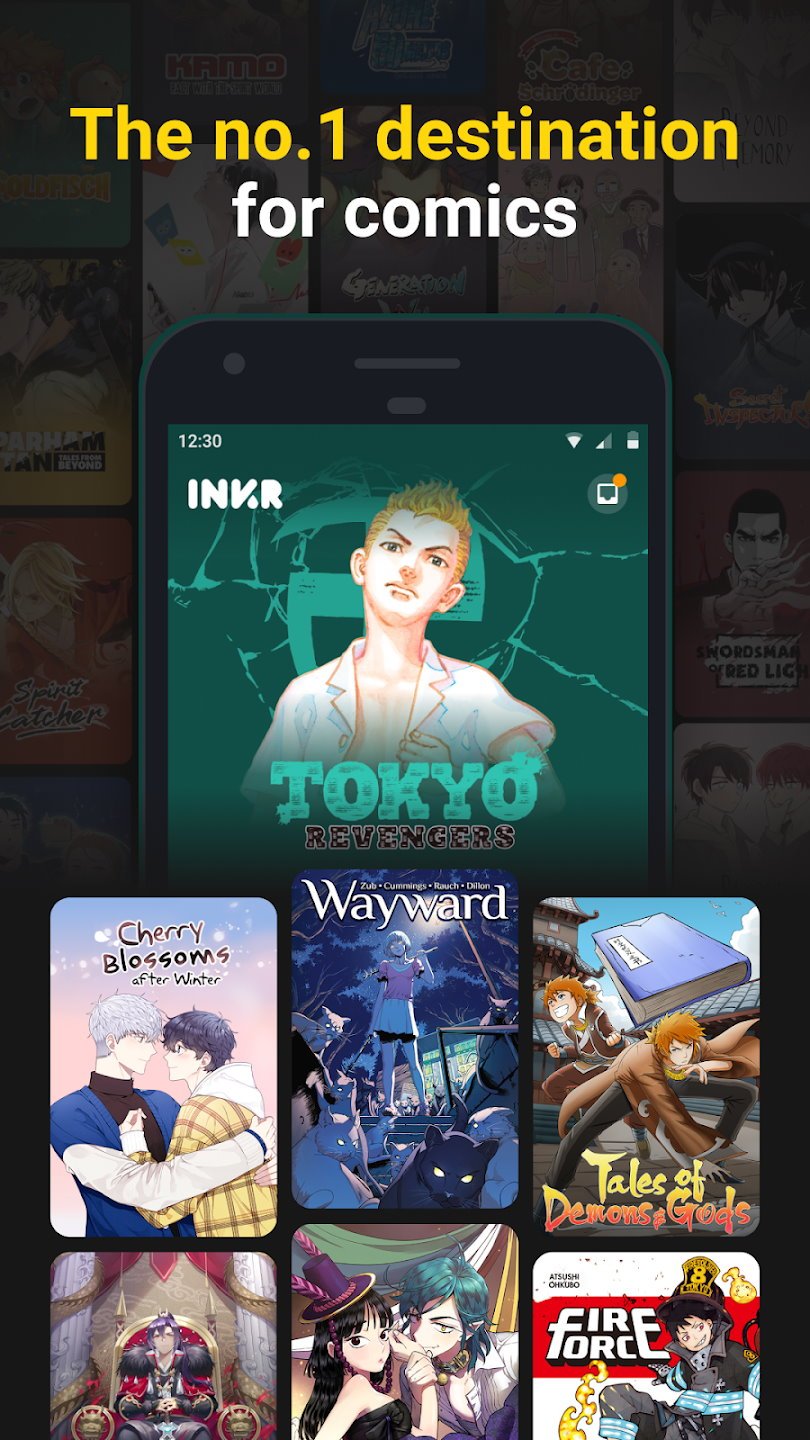 INKR comics is the idea or invention of the team behind the manga app known as “Manga Rock.” This was announced in April of 2020. Using this manga app, one can access multiple varieties of comics, like romance, horror, drama, action, isekai, sci-fi, slice of life, and many more. It’s like a never-ending list of categories. You also get personalized recommendations based on what you like the most with this Manga app.

This individualized recommendation mostly depends on what manga you are reading. This enhances the overall experience of reading the manga. The app can also automatically sync your data and other stuff if you access the accounts on multiple devices. With this, you can resume your reading anytime, on any device, hassle-free, with no interruptions. 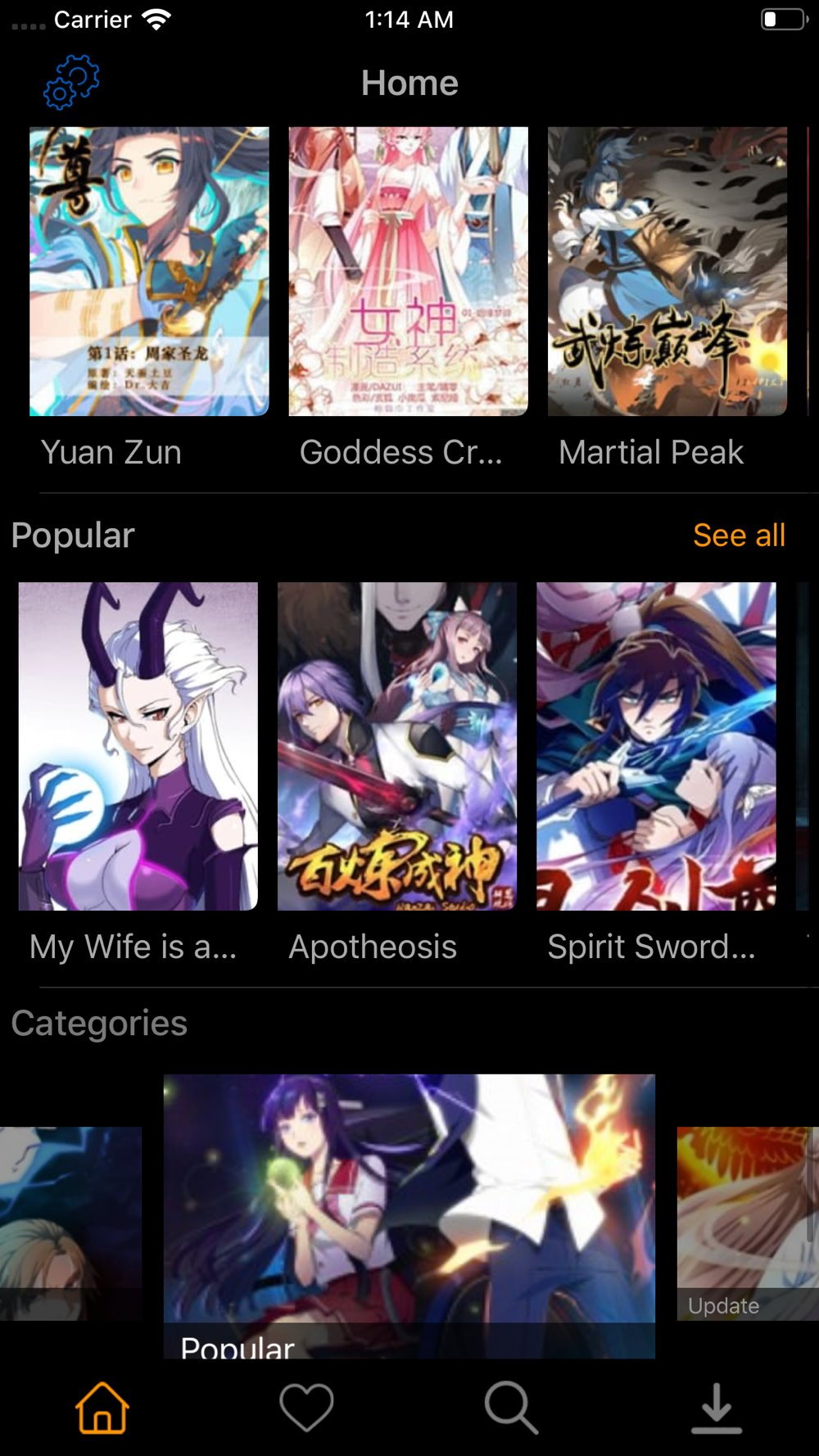 So, for the tenth position, I have considered Manga Fox. Manga Fox is a free manga and manhwa comic reader that is very fast and easy to use. This manga is available on the Google Play Store to download for free. The app is quite distinctive. In this manga app, you can access multiple manga websites and read them whenever you wish to.

It has a variety of comic websites, and the reading quality is very mesmerizing. Manga Fox generally allows you to read continuously without any interruptions. The dashboard can be fully customized, and you can put your favourite comic genres there to access them quickly. You can also bookmark your manga, view the most popular manga, and look at your reading history.

If you've any thoughts on 10 Best Free Manga Apps for Android [Manga Reading App], then feel free to drop in below comment box. Also, please subscribe to our DigitBin YouTube channel for videos tutorials. Cheers!