Skip to content
Is your OnePlus Android Mobile Stuck on Bootloop on Device Restart? Here are the Best Methods to Fix OnePlus Stuck on Boot Screen. 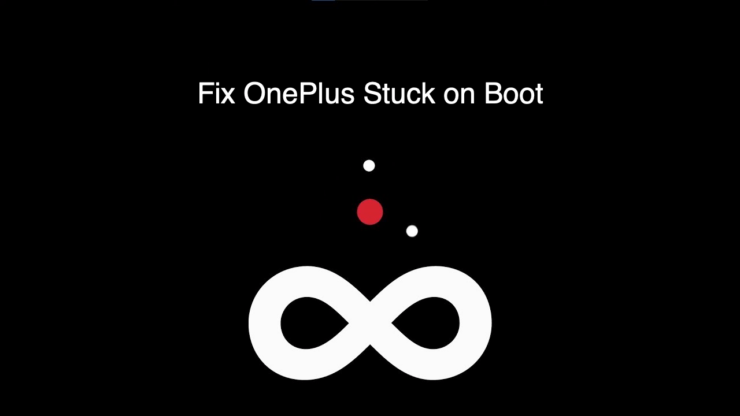 Typically, this happens when you have rooted your device or installed some third-party App or service which is somehow not compatible with the current version of Android OS.

Usually, in the boot loop, either the screen is stuck at the startup Android/OEM logo or the device keeps rebooting, and once on the boot screen, again reboots. You never get to see the home screen. Here are the best methods to fix the OnePlus 5, 6, 7, 8, and 9 series android devices stuck on the boot screen.

Why Does Android Device Gets Stuck in Boot Screen?

Here are some of the primary reasons why this issue happens.

Now, let’s check out the Troubleshooting Methods to Fix the OnePlus Boot Issue.

One of the most effective solutions is to force reboot your Android device when it is getting stuck at the boot-up screen. To do that,

Does Your Device Have Battery Charge?

Often while using their smartphones, users lose track of the battery charge. The device turns off after the juice runs out. If the user is unaware of the battery status, they will keep trying to switch on the device only to see the boot screen, and the device blacks out again.

So, make sure that your device had an ample amount of battery charge. Otherwise, you can set the device on charge and wait for some time until the charge status reflects on the screen.

If at all it was due to battery loss you were experiencing the boot screen, then just wait until the battery charges up fully, and then you can boot up your phone.

Remove and Reinsert the battery of your Phone.

This applies to those phones which have a tad bit older make and come with removable batteries. You can simply take out the battery and try to insert it back again.

When the Android device is stuck on the boot screen, re-inserting the battery helps out most of the time.

It is another effective solution to fix Android devices stuck on the bootup screen.

When your Android phone boots up and you can use your device in Safe Mode, then that means the issue lies with any recent app that you have installed on your phone, which is causing the nuisance.

So, uninstall the same, and your device won’t get stuck on the boot screen.

Try Wiping Out the Cache Data of Your Smartphone

The cache stores a lot of data over time and may get corrupted by storing junk files. So, it is a wise move to wipe out the cache of your smartphone.

Also, it is safe as wiping the cache doesn’t affect the data you have on your phone. It will remain as it is.

One of the last troubleshooting methods that you can follow is to factory reset your Android device if it continues to get stuck at the boot screen.

The best way to do it is by accessing the Android device through Safe Mode.

Note: A factory reset will delete all your data present on the device and will make it just the way it was back when you bought it. So, before carrying out a factory reset, make sure to take a backup of your device data so that you can retrieve and use them later.

So, that’s all the troubleshooting methods you should follow to successfully fix the issue of Android devices getting stuck on the boot screen.

If you've any thoughts on How to Fix OnePlus Stuck on Boot Screen?, then feel free to drop in below comment box. Also, please subscribe to our DigitBin YouTube channel for videos tutorials. Cheers!