Skip to content
Looking for Alternatives to Android OS? Here are the Best Mobile Smartphone OS other than Android and its Forked versions 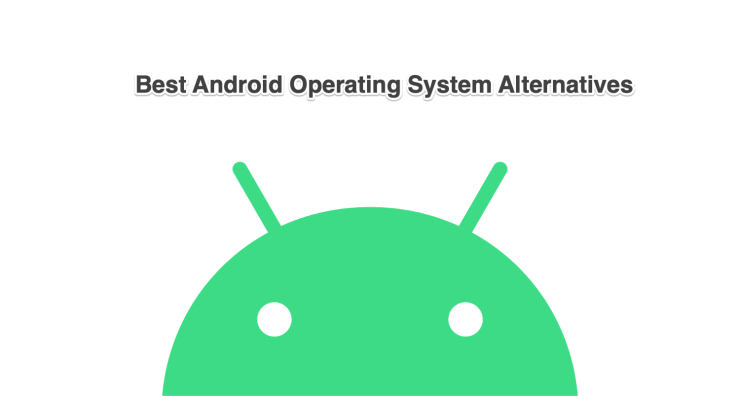 Mobile OS is very important when it comes to smooth operation, features, and task-handling capabilities. The Huawei controversy, where Google barred the Chinese-giant from some updates to the Android operating system due to a clash between the Trump’s administration and China, made it very clear that every major smartphone manufacturer must start developing its Android alternative operating systems.

Also, where more than 86% of the mobile OS market is occupied by Google’s Android, it is essential for smartphone manufactures to have their own operating system. Well, where there’s nothing wrong in having a device tailored OS, as it allows maximum flexibility and control. In this article, we are providing you the important reasons why we should look for Android alternatives and a list of best mobile operating systems.

Why We Should Look for Android Alternatives?

In this forever-growing world, where we always look for alternatives, looking for Android alternatives is not a bad thing at all. There’re several reasons why we need to look for alternatives. Google, as a major developer of Android, has always been criticized worldwide for not making the operating system secure.

Reports on several tech publications and news platforms also shout that Android is more prone to malware and viruses. Also, the aforementioned Huawei controversy makes us think more about having a mobile OS alternative. 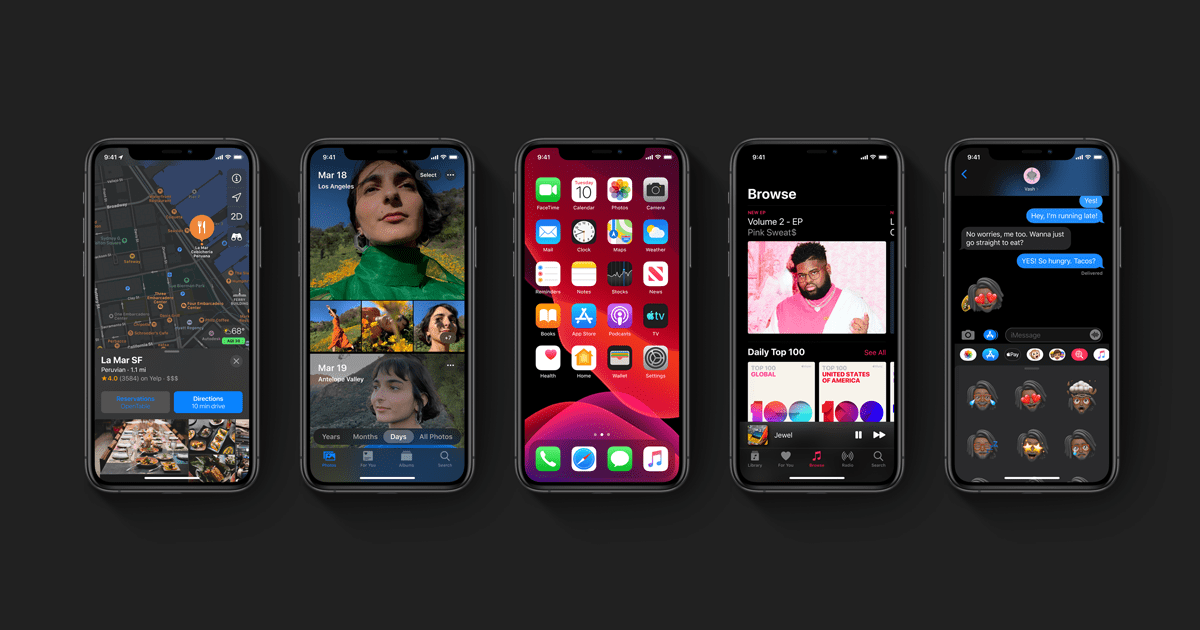 Apple’s iOS as we all know is competing against Android since eternities. The operating system is offered by another American tech giant “Apple.Inc.” Only used in iPhones, the company won’t ever share its operating system with any other company. The OS is smooth, secure, and takes the privacy of users very seriously. However, the Android and iOS both enjoy a separate user-base, and there’s nothing to fight about.

The OS is currently the biggest competitor of Android, and this benefits both, as both of them borrow features from each other making their respective OS feature-rich. iOS has no bloatware, has better-quality Apple-exclusive apps, and a full suite of Google apps. 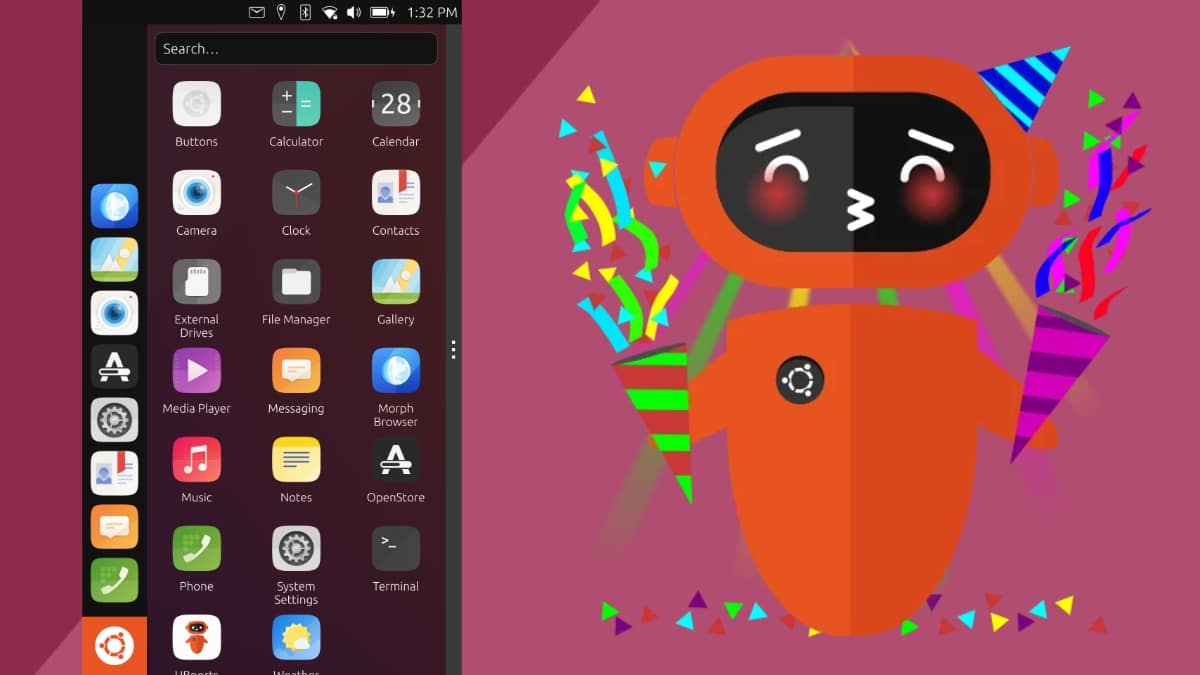 Ubuntu Touch is another very promising contender on this list which is highly optimized for touch-friendly devices like smartphones and tablets. The OS is open-source and can be used by any smartphone manufacturer. Ubuntu Touch can even function as a desktop in desktop mode.

SIRIN OS is a blockchain-based operating system that has all the potential to fight against Android. Developed by SIRIN Labs, the OS is secure, easy to use, and allows access to Google Play Store. Meaning, the users can have access to their favorite Android apps they are already using.

SIRIN Labs also manufactured a blockchain-powered smartphone named “Finney” that works on their already developed SIRIN OS. The phone is available at $899. So, if you have a lot of cash and a passion to try this, then you must. 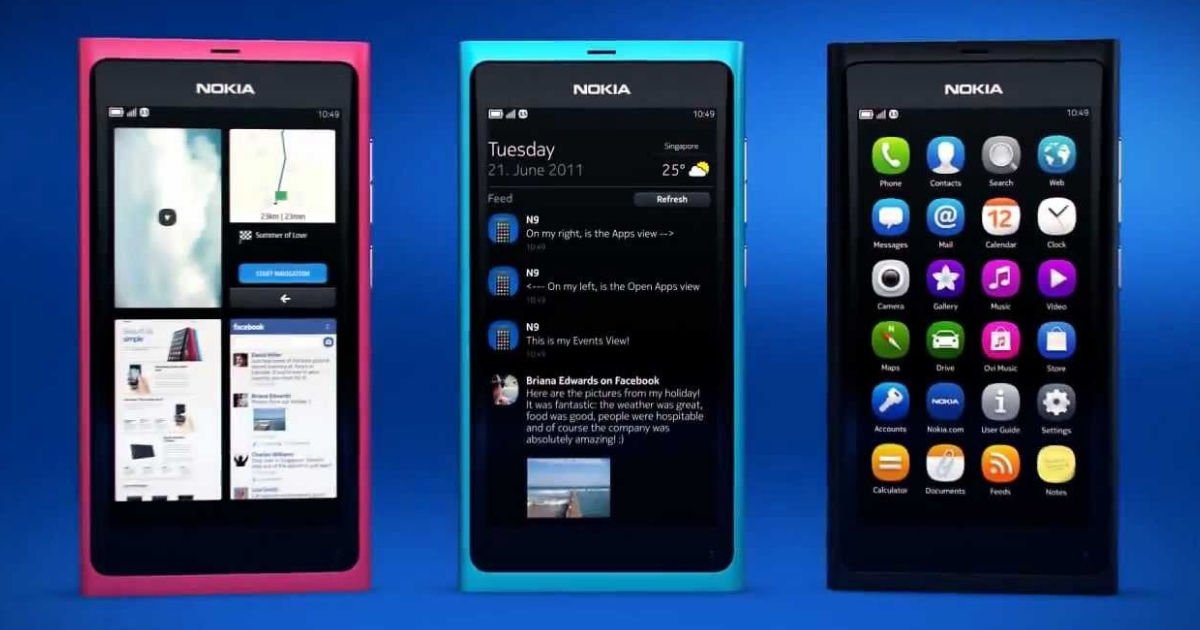 Most of you might not have heard of it, but KaiOS is actually about to become the world’s largest mobile operating system. The OS is designed to run on low-budget phones that possess low-end hardware. Currently, the Reliance Jio phones in India, and Nokia’s Banana phone runs on KaiOS.

We believe, once the ultra-budget smartphone market is captured by KaiOS, the developers will immediately move towards the Android market, resulting in a strong rivalry to Android. 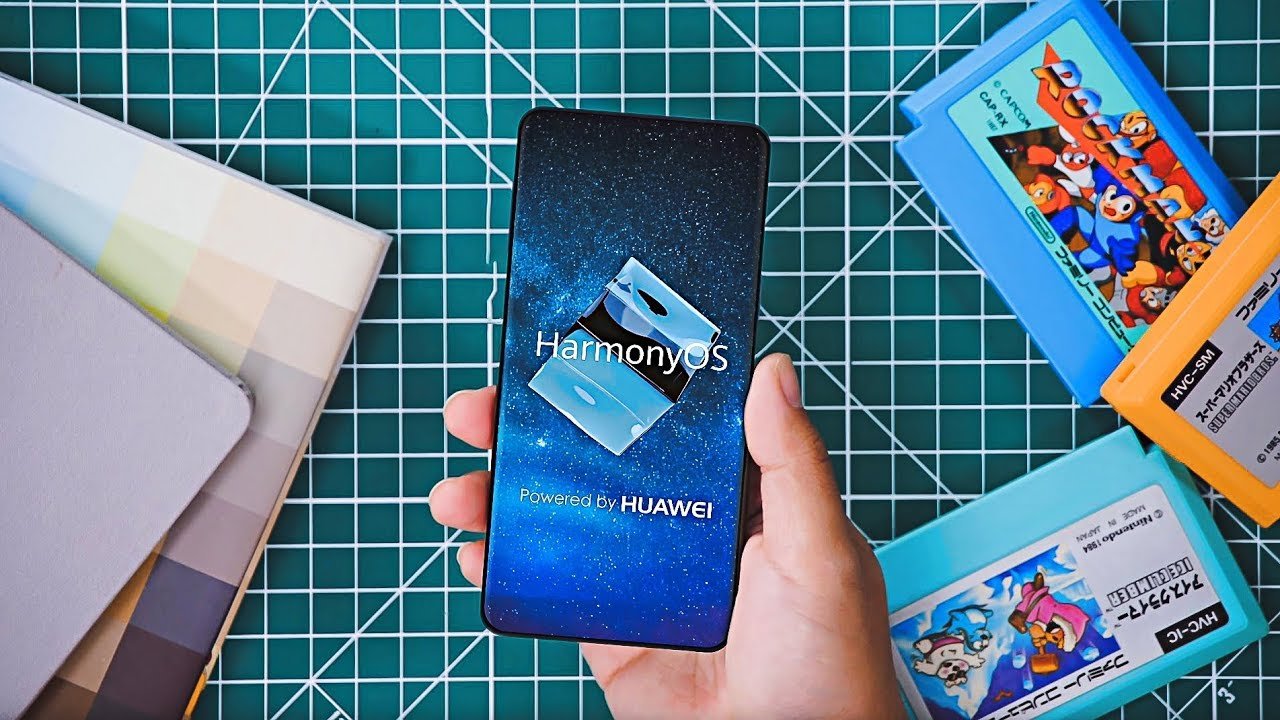 Harmony OS by Huawei could be the most successful Android alterative in history. Just after the ban of Huawei via the US government, speculations were in the air that Huawei will soon be launching its mobile OS. Huawei already produces its own chipsets, hardware for 5G network, and also makes its phones.

And there’s no doubt that they’ll excel in the operating system too. Many experts believe that Harmony OS will be based on a microkernel-based distributed operating system, allowing maximum support for Android apps.

Tizen OS is originally a “Meego,” an operating system developed by Intel. If you can recall, the Meego was an OS that was earlier developed by the joint efforts of Nokia and Intel. But when Intel went to Samsung, they partnered with Samsung to bring the OS back to life with a new name called “Tizen OS.”

However, for many, the OS might look similar to Samsung’s Touch Wiz. But, under the hood, things are a lot different. The OS is an HTML5 OS, allowing easy development of apps. This south-Korean giant is serious to make this operating system, a global initiative. As a matter of fact, Samsung’s flagship Galaxy watches and Gear S4, is already powered by Tizen OS.

Sailfish OS aka SFOS is another popular mobile OS that runs on Linux. The OS is originally developed by Jolla, and shipped with Jolla smartphones and tablets. Jolla smartphones, on the other hand, is currently used by government officials in Europe.

The OS is super secure and it also comes with a regional licensing model, allowing for all kinds of mobile payments and banking transactions. Also, as a bonus, Sailfish OS is compatible with any Android system, contributing to its flexibility and reliability. 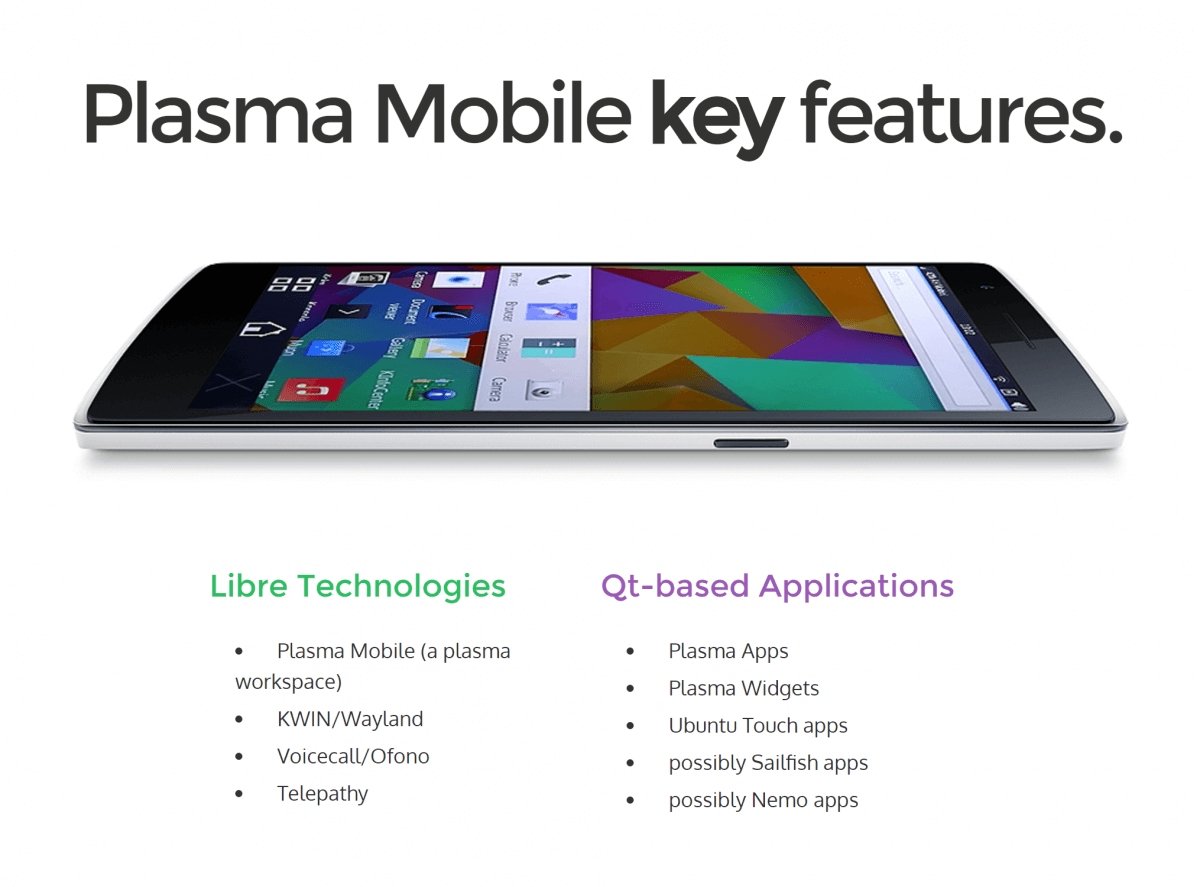 At last, the OS was made targeting low-end devices with less than 1GB RAM. Rest, the widgets in this OS allows the user to enjoy Telepathy (an interpersonal communication application that allows voice over IP), instant messaging, and videoconferencing. 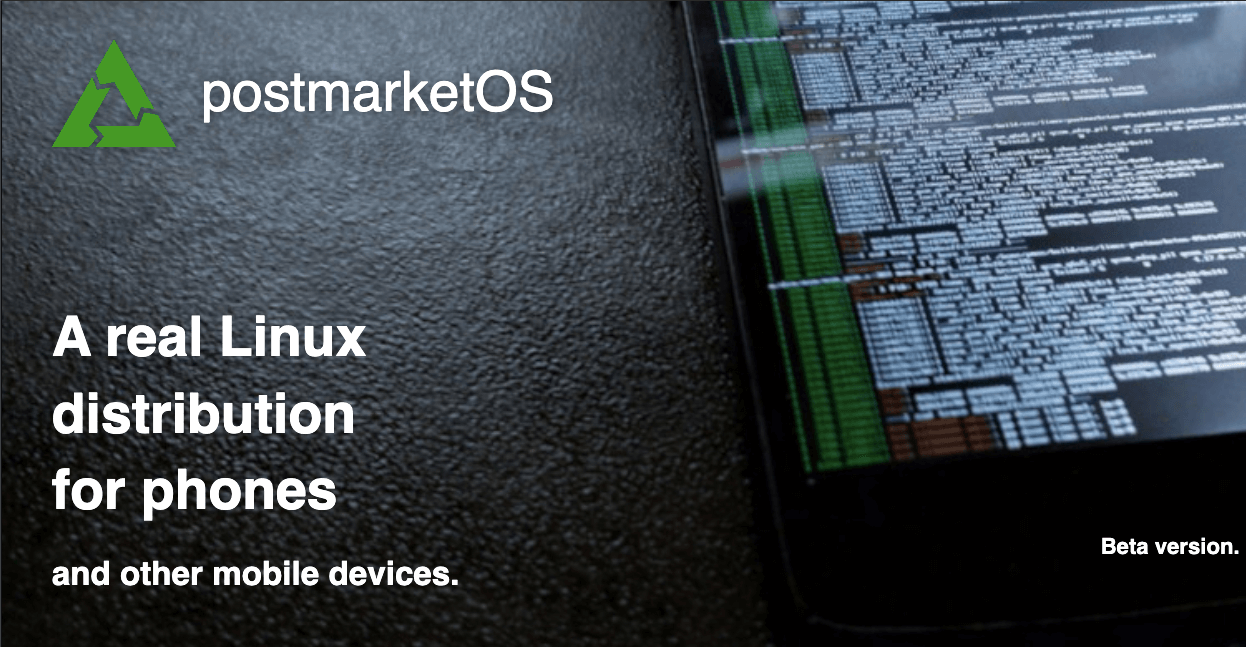 Postmarket OS is a recent player in the mobile OS market. The OS was initially introduced in 2017 for free and is based on the Alpine Linux operating system, an open-source community. Many experts consider this as a revolutionary alternative to Android, and just after the launch, there’s a line of constant updates.

These constant updates ensure its upcoming dominance and existence. Also, as it uses the mainline Linux kernel, the OS is super secure and avoid any risks of security exploitations.

Last but not the least, Pure OS is another very popular GNU/Linux distribution focusing on security and privacy. Its popularity is rising day by day, and soon it’ll be competing against Android. The OS can be found on all Librem smartphones and works on Linux-based smartphones. Since it’s a security-focused and privacy-based operating system, you must consider this as a strong alternative to Android. 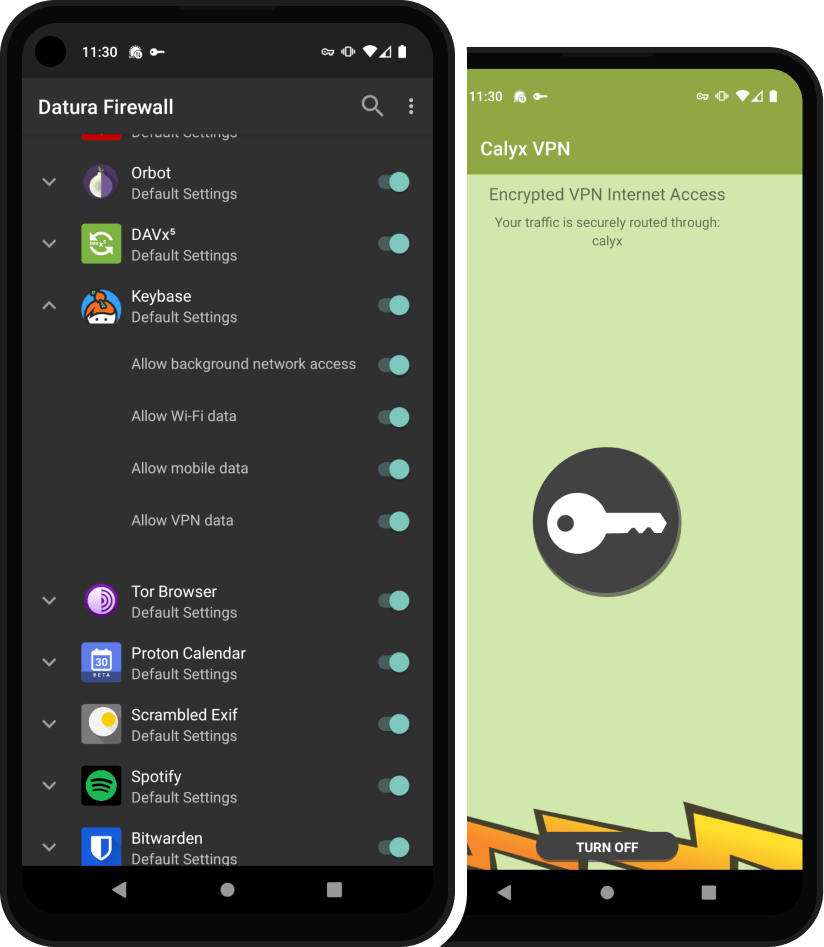 CalyxOS is also an Android-based operating system that heavily focuses on privacy and security. It is one of the best options available as a Google-free operating system with regular system updates. However, there is nothing unique about it except its Android without Google.

So this was all regarding the best mobile OS. As you read, there’re plenty of Android alternatives. You can go for any you desire. Every OS has its pros and cons, and we recommend you to analyze properly before making a decision. We hope that you liked our article.

If you've any thoughts on 12 Best Mobile OS Other than Android, then feel free to drop in below comment box. Also, please subscribe to our DigitBin YouTube channel for videos tutorials. Cheers!