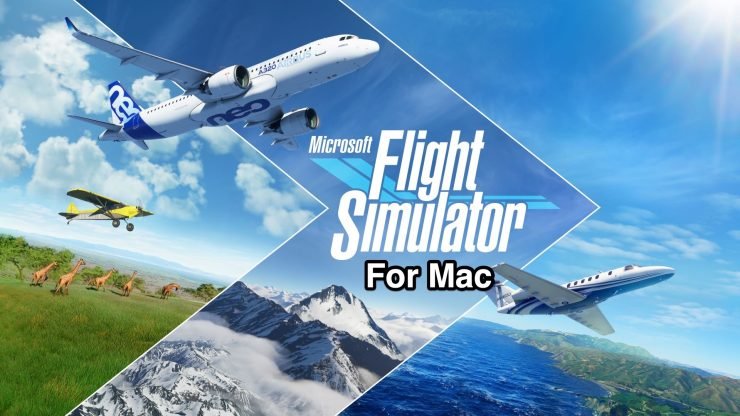 Gaming on Mac still seems impossible to many, as Macs are more focused on software optimization. Apple, the Cupertino-based tech giant, has always been known for its branding, design, build quality, after-sales service, and unmatched software optimization. As hardware is not on the focus, which is required to play high-end games.

We can say it’s impossible to play recently launched blockbusters on Mac. But, the time has changed. Unlike old days where Mac users weren’t able to get their hands-on on games. Here, in this article, we are providing you with the ways on how to play Microsoft Flight Simulator on Mac.

How to Play Microsoft Flight Simulator for Mac?

Before directly diving deep into how Microsoft Flight Simulator can run on Mac. We must learn the ways by which a normal Xbox or Windows game runs on Mac.

There are mainly four methods:

Download Steam on your Macbook. Once downloaded head over to the Flight Simulator Page on the Steam Store. Buy the Game and Play it on your Macbook without any need for Xbox or Windows VM on your macOS.

Bootcamp is the easiest and most reliable method to play Windows games on Mac without much trouble. Without much trouble here refers to the installation of Windows on Mac’s hard drive using Bootcamp. This way, you can turn your Mac into Windows PC. As a note, you have to reboot into Windows every time you want to play a game. Let it be a high-end graphics game, Bootcamp handles it pretty well. The performance won’t be an issue, as there’s no third-party software acting as middleware.

This method is useful only if the game titles are not modern. Only old or low-graphics games can be played smoothly using Virtual Machine. However, the major drawback is your hardware resources of a device such as RAM, processor, and the hard drive is being shared between two operating systems, limiting the full potential. Rest, you can opt(.) for Virtual Box, the cheapest medium out there other than popular and premium VMware.

WINE (aka Wine is not an emulator) is a mixed solution for playing games on Mac. It’s a compatibility layer that allows Windows application to run on Linux, Mac, and BSD (an operating system which was based on Research Unix). WINE is not a much reliable option, as some games work fine, and some don’t even launch.

You may have to perform additional steps to get the basic things done. Also, there might be a case where WINE itself doesn’t work. In that scenario, projects like Wineskin comes in handy that lets the users play their favorite Windows games on Mac. Rest, you can learn more about WINE by visiting winehq.org.

As now that you have decided which method you are opting for. It’s time to move towards the downloading and installation process.

Microsoft’s Flight Simulator is a series of amateur flight simulator that is currently available for Windows 10 and Xbox. Once you’re done with the choice of the method. You can follow the steps below mentioned below.

Here are the Steps to download Microsoft Flight Simulator on macOS

Once done, you can install the simulator. And then can enjoy Microsoft Flight Simulator on Mac.

So this was all regarding how to play Microsoft Flight Simulator on Mac. As you read, by applying one of the above-mentioned methods, you can enjoy the game without any issue on macOS.