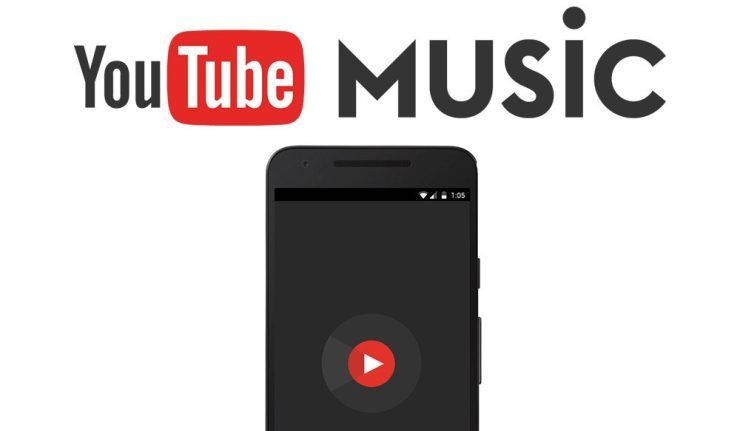 YouTube is one of the biggest video libraries hosting millions of songs. You can practically say, YouTube has all the songs from across the globe. Now, imagine an Android App by which you can access this extensive music accord right on your smartphone. The YouTube Music Apps serve as Players which let you listen to Songs on YouTube for Free.

The YouTube has all kinds of songs, ranging from official music videos to live performance, and you can avail all this in a single App. The Apps play songs in the background and also let you download the music for free. So, today in this post I have come up with some of the best Android Apps for the same purpose.

Here are the best YouTube Music Apps to listen to audio in the background.

YouTube Music App is an independent Audio App officially released by Google. The App lets you listen to music for free, create the playlists, listen to others playlist and many more features. The App has been built with popular material design interface and has very intuitive UX.

But you need a premium Red version of the App to play the music in the background, remove Ads, do multitasking and download music offline. The App is not fully released across the globe. But it has got some positive reviews and was one of the most awaited demands from internet users.

MusicPiped is a free open source music player which lets you stream songs directly from YouTube. Apart from being free it also doesn’t show any Ads and has no API. Thus it functions similar to an Online Music Player, all you need to do is search for your favourite song and start enjoying the music directly from Mammoth Library of YouTube. The App is completely free, lightweight and doesn’t ask for any weird permissions. 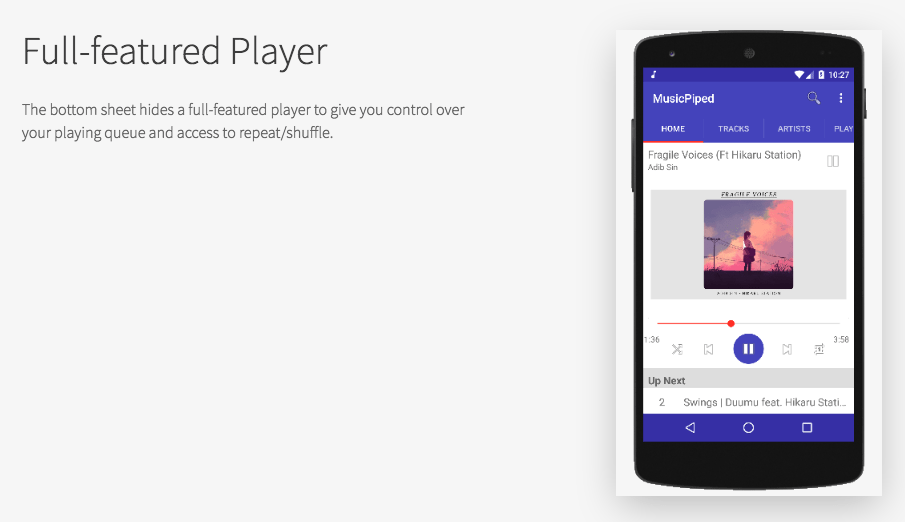 It is the best Android Music Player App for YouTube. You won’t find this App on Play Store due to Google’s ToS which won’t allow Apps to download media from YouTube. The App has some cool interface and features which you are looking to have in a YouTube Player Apps. The App is developed by XDA Developer who goes by name Deep Gaurav. And if you are truly looking for an App to stream music right from youtube without any issues then MusicPiped is the best fit.

NewPipe is a Freeware Open Source lightweight YouTube App. It has a frontend youtube interface. The best thing about the App is you can run it without any Google API or the irritating Google Play Services. 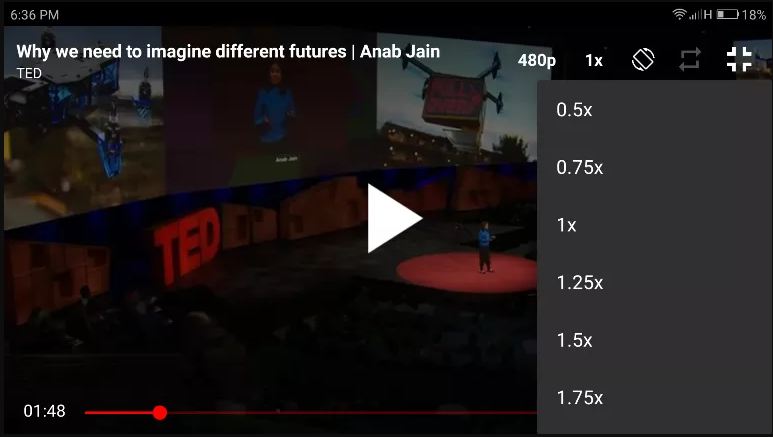 Basically, the NewPipe App just collects YT websites URL source and displays it in form of the App. But this App can prove to be very powerful if you have a low-end Android phone with limited power.

The best part is that it lets you stream music in the background and do practically anything you can do with the official client.

Imagine a YouTube App with No Ads, Direct Download Links, Option to Play Videos in Background, Dark Mode, Screen Minimisation Option, Ad-Free etc. Mod YouTube App can be the best alternative. The OGYouTube has the same UI as the YouTube App with some added features.

The App has all core functions of the original YouTube App with added features which will make you glued to the Mod YT App for your Android. You can sign-in with your Google Account and also sync your Data with existing account and data to keep your info safe. 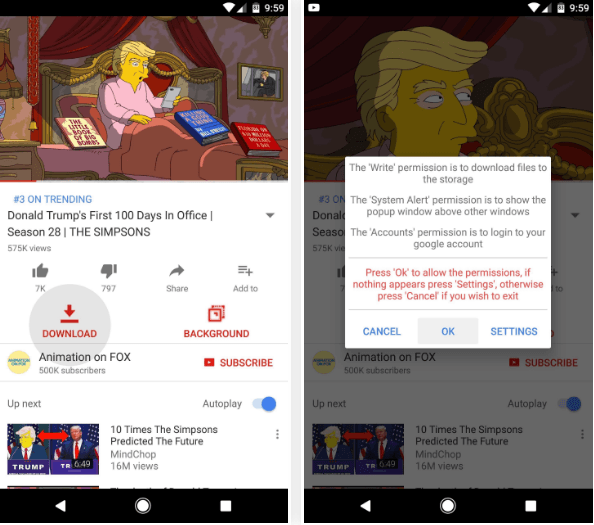 iYTBP is the Forked Version of YouTube App which background Play, Dark Mode, Video Download and much more. Developed by XDA developer, the App supports both root and non-root devices. The App has all the Core features and design as the conventional YouTube App with some extraordinary addons. The YouTube Vanced is all in one YouTube App.

iTube is a beautiful Android App with the ability to play YouTube videos without any adverts, with background play support thus acting as a music player App for Android. This App could be the best Youtube alternative on your phone. It is the best youtube music App alternatives for Android to turn youtube into a powerful music repository which act as an actual music player.

YouTubeMp3 App is a lightweight App based on YouTube API which lets you download YT videos in Mp3 format directly into your device storage. The App has a very simple UI and it just needs a few clicks to download the file into your local card which you can then play on your music player. But the only drawback of the App is it doesn’t allow real-time music play as you need to download the file and then play it on your player.

Conclusion: The Apps above will let you play youtube music in the background even when you turn your screen OFF. Create Playlist, organise according to Albums and much more.

I hope the post was helpful. Do comment below if you need any more assistance or support.

If you've any thoughts on YouTube Music Player Apps for Android | Free Music Online, then feel free to drop in below comment box. Also, please subscribe to our DigitBin YouTube channel for videos tutorials. Cheers!