Skip to content
Best Free Android Hacking Apps to tweak the application manifest or control any Android device or processes like Wi-Fi, SMS, Notifications and more. 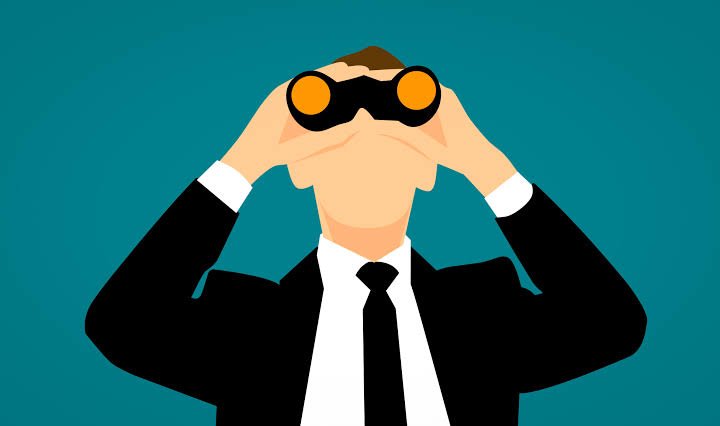 Android Operating System is the most popular mobile Operating System in the world. However, Android devices are mostly connected to the internet which makes them prone to remote hacking. Hacking is common in technology and very dangerous when done wrong. There are lots of hackers out there who hack hundreds of Android devices every day. What do they
use in achieving this? There are so many sophisticated tools for hacking but some just Android apps.

Being an open-source Android offers some of the best 3rd party apps which you can use for free. Hacking apps are few such genres of software tools which can enhance the productivity of your mobile usage. Today, this post, DigitBin has come up with some of the best hacker apps for android. We do not endorse the app nor are affiliated with it in any form, please use the apps for personal use only.

Here are the Best Free Android Hacking Apps you can Use for Android Enhancement. 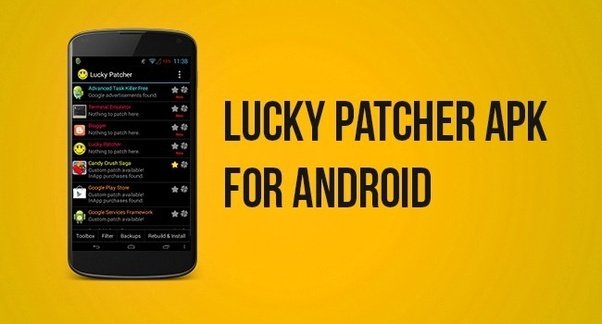 The Lucky Patcher app allows us to modify and change the settings or manifest of the applications. Lucky Patcher is an application hacking app which works without root and helps in modifying application processes. The application will list all the apps present on your smartphone or tablet, with complete information about each one of them and sorted using a colour code depending on the actions that can be carried out with full control over your device. You can perform the following operations;

Few colours with their functions are listed below.

This is an app that helps you intercept insecure browsing sessions allowing you to use a Wi-Fi connection. Though it is being used as a hacking app, which was not why it was developed. The main aim of the app is to check for securities vulnerabilities on Android networks. When you and other Android users are connected to Wi-Fi, you can use the app to monitor their activities. This means you can get information from their active sessions. For you to be able to use the Droidsheep app, your Android device needs to be rooted. You can also get the source code along with the APK file from the developer.

If you know about SSH (Secure Shell: A network protocol) then you should know how powerful it is. With this SSHdroid application, you can turn an ordinary Android device into an SSH server. However, this Android hacking app needs a computer to work as both would be connected before usage. Nevertheless, the SSHdroid app allows you to edit files and run commands like ADB shell and terminal. For file editing and transfer, you may need specific file managers depending on your desktop PC Operating System. The WinSCP file manager is needed for Windows OS while Cyberduck is needed for Mac OS. Linux users can make use of Dolphin or Nautilus.

Note: You do not need to root your device before you can use SSHDroid

Cheat Engine is the game unlocking application which unlocks all the gems, coins and other paid items for free. The app is free to use and helps in hacking all the games to unlock all the in-app-purchase items. The application may not work on all the games but you can surely give it a try.

How to use Cheat Engine?

Unlike other Android hacking apps, FaceNiff gives you access to user session profiles. With Faceniff, you can interfere with the web session of other Android users connected to the same Wi-Fi. Also, you can easily get the login details of any of the devices logged in to the network connection.  One of the perks of using FaceNiff application is its simple interface which makes it very easy to use. However, rooting is needed before the app can function on your Android device. The app is somewhat similar to Firesheep (A Mozilla Firefox extension for hacking). It was developed by the same developer but, it is more powerful than the
latter.

This is an app for the elite hacker developed by Ravi Kumar. It incorporates a large variety of hacking features. With the Hackode app, any random Android user can become a real hacker.  There are four options available on the app and they are; Reconnaissance, Scanning, Exploits, and Security Feed. You can use the app to check up whois info, scan ports, access mail records and a lot more.

This may be the best Android Wi-Fi hacking app due to its loaded features. With zANTI, it is possible to exploit network routers, run an HTTP server, check for vulnerabilities, audit passwords, and carry out other Android hacking activity.  Besides, zANTI allows users to hijack the HTTP sessions of other users through MITM. You can also edit the responses and requests sent during such sessions. With this, you can easily get the passwords of various people as you monitor their browsing sessions.

DroidBox gives you access to installed applications on any Android device. You can view SMS, call logs, and other information from any app on Android. When you get this information, you can tweak them based on your preference.  On the other hand, this Android hacking app was developed for the elite IP professionals to check for vulnerabilities on apps to provide fixes. However, a non-tech- savvy user may find it difficult to use due to its complex user interface. 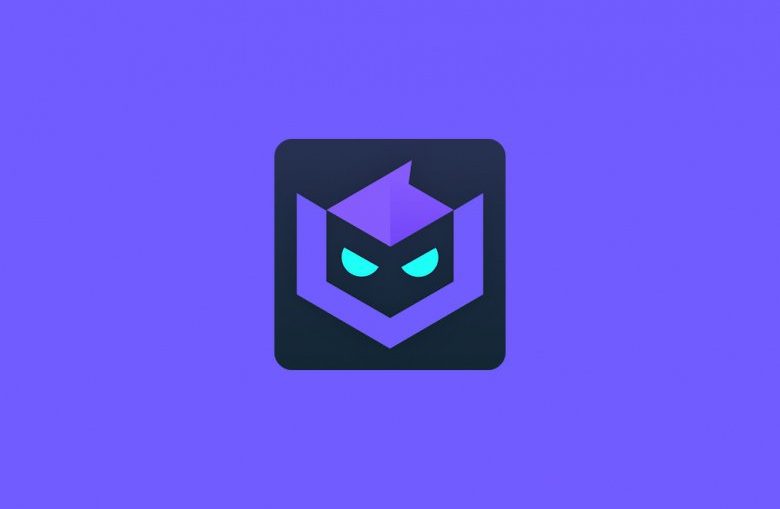 It’s an all in one game plugin box for Android game players. To see what Lulubox can do, open the games in Lulubox and create a new account just like we do for parallel space. If you are not able to open the games through the Lulu Box, you won’t get any the free add ons if you run the game directly with your real game account.

Lulubox modifies certain aspects of the game to offer you the upper hand in the game like unlimited coins, free gems, skins or more. Though you may consider this practice as bad for the competition, they are popular and used worldwide. Lulubox does the same for you without any computer knowledge. It offers a catalogue of patches for a series of games you just need to open the app via Lulubox application and you are good to go. Though it is a solid alternative, it is still in the developmental stage with more inflow of games to be modified.

AndroRAT Android application was built for personal security purposes but it is widely used as a hacking app. You can use the app to track other Android users connected to your network. It gives you access to the information on their phones.  With AndroRAT, you get access to SMS, call logs, contacts, browsing info and other personal information of other users. You can send/receive calls and SMS from connected devices from the app and also change their device setting. Accessing the camera and taking photos is also possible. Hence, some deep Android hacking is possible with AndroRAT.

This Android hacking app works when you and other Android devices are connected to a wireless network. Shark for Root lets you monitor the activities of the other devices and intercept them if necessary. You can get the login details of users of these devices
if logged in at that particular time.  On the other hand, Shark for Root was built for network admins who want to monitor the actions of their users. The app is based on the Tcpdump command line and would work on 3G and Wi-Fi networks. Only rooted Android devices can make use of this application. 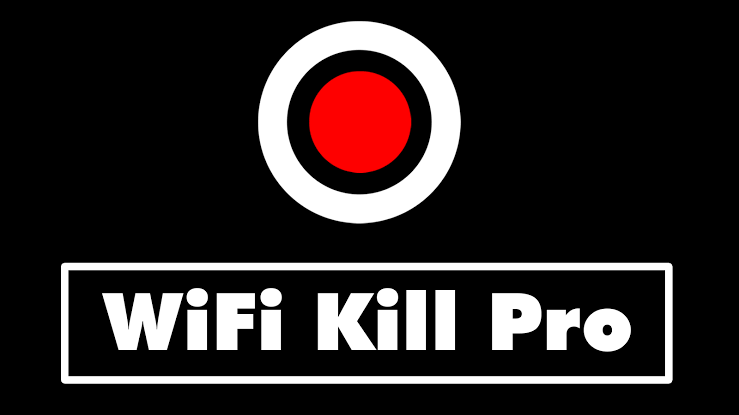 With Wi-Fi Kill, you can monitor the activities of other people connected to the same Wi-Fi network as you. You can see which devices are connected and what they are browsing or downloading (even when on private browsing mode). It is possible to interrupt or disable the network connection of other Wi-Fi users from the app. The app features a simple control panel which makes it user-friendly and easy to use.

Just as its name implies, this Android application is used to hack the Wi-Fi network of every connected Android device. With a single click, you can get the Wi-Fi passwords and WPA keys of any nearby Wi-Fi. The app is simple to use and it works with WPA,
WPA2 and WEP keys. According to the developer, this app was created for pranks. However, it’s the ability to decipher Wi-Fi passwords makes it a widely used Android hacking app.

AndroidDumpper is an Android hacking application similar to The Wi-Fi hacker. This app allows you to connect to the Wi-Fi network of other Android users without knowing their passwords. This is officially called network auditing but in a real sense, you are hacking people’s Wi-Fi.  The main reason why AndroidDumpper was created was for users to safeguard their Wi-Fi networks. It was not meant for hacking. However, AndroidDumpper can be used on both rooted and non-rooted Android devices.

AdLock is a comprehensive ad-blocking software that meets all user’s requirements at once. It’s a sophisticated product encompassing robust functionality and an intuitive user interface. The app works by creating a host VPN network which filters all the Advertisement tags before reaching your device. Instead of paying for each individual app for its premium ad-free version getting not-so-expensive premium subscriptions of AdLock can do the trick. If you want to pare down expenses for numerous premiums, then AdLock is for you. AdLock works systemwide and makes browsers, apps, games, and instant messages utterly and completely free of commercials. You’ve got it right — one ad-blocker handles it all. Free 14-day trial period and 30-day money-back guarantee.

DroidBox is developed to offer dynamic analysis of Android applications. It offers intricate details once the scanning process of the app is complete, you get Hashes, Incoming/outgoing network data. File read and write operations, Started services and loaded classes through DexClassLoader, Information leaks via the network, file and SMS, Circumvented permissions, Cryptographic operations performed using Android API, Listing broadcast receivers, Sent SMS and phone calls. Additionally, two graphs are generated showing the temporal order of the operations and a treemap that can be used to check the similarity between analyzed packages. DroidBox is generally meant for developers and App testers to check the flow of the app.

Conclusion: Listed above are some of the best Android hacking for hacking on Android. Most of these apps were developed for different purposes other than hacking though they are used for it. The main purpose of this article was to share information with our readers. We do not support or encourage hacking in any way.

If you've any thoughts on Best Android Apps for Hacking Purpose, then feel free to drop in below comment box. Also, please subscribe to our DigitBin YouTube channel for videos tutorials. Cheers!