Skip to content
Learn how to change Siri voice in iPhone or iPad and even in macOS machine. You can change the Siri assistant voice and sound based on the native region from the available option. 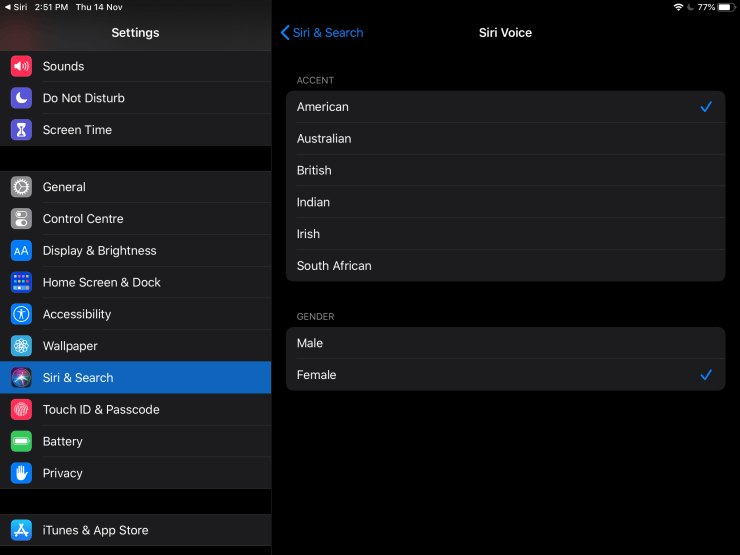 If you want to change the Siri voice to your local speaker, then you have landed on the right place. In this article, we are going to learn how to change Siri’s voice to the local accent.

Let get started with changing the Siri voice on Apple devices —

How to Change Siri Voice on iPhone or iPad?

Here are steps to change Siri voice in iPhone or iPad: 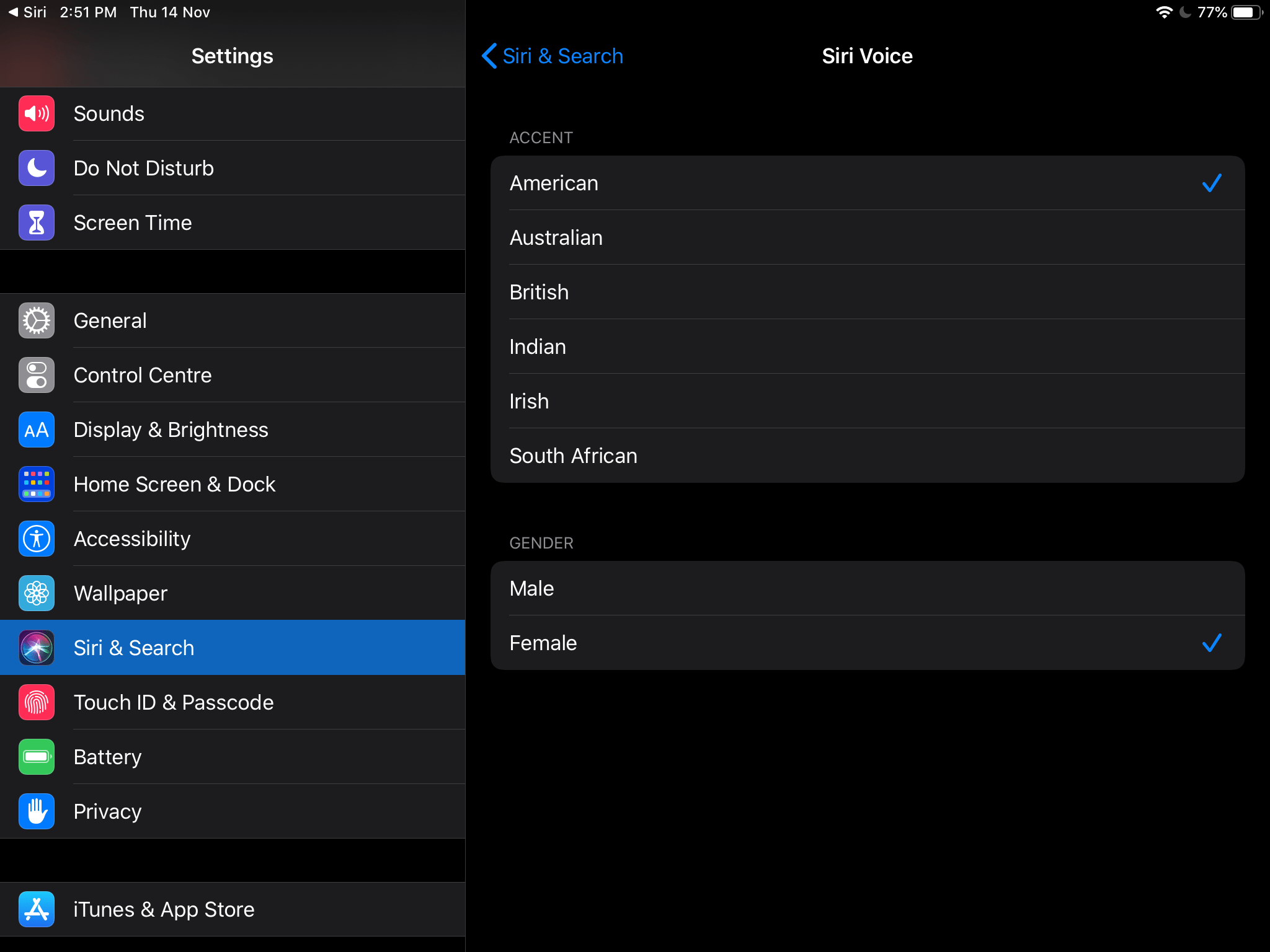 The accented voice and gender will start downloading and be chosen as the default voice for future voice commands.
iPhone or iPad allows us to chose the regional voice accent and gender. Here are some of the available accents in Siri for iOS and iPadOS for the English language:

All the accents mentioned do have both male and female gender voice versions.

How to Change Siri Voice in macOS?

Here are the steps to change Siri voice in the MacBook and iMac devices:

That’s it. The Siri voice will be changed and you can hear the new voice from your AI virtual assistant. The macOS currently allows choosing the following Siri voice for the English language:

You also have the option to change the language and also chose the voice accent and gender for the selected language. However, the options will be very limited. 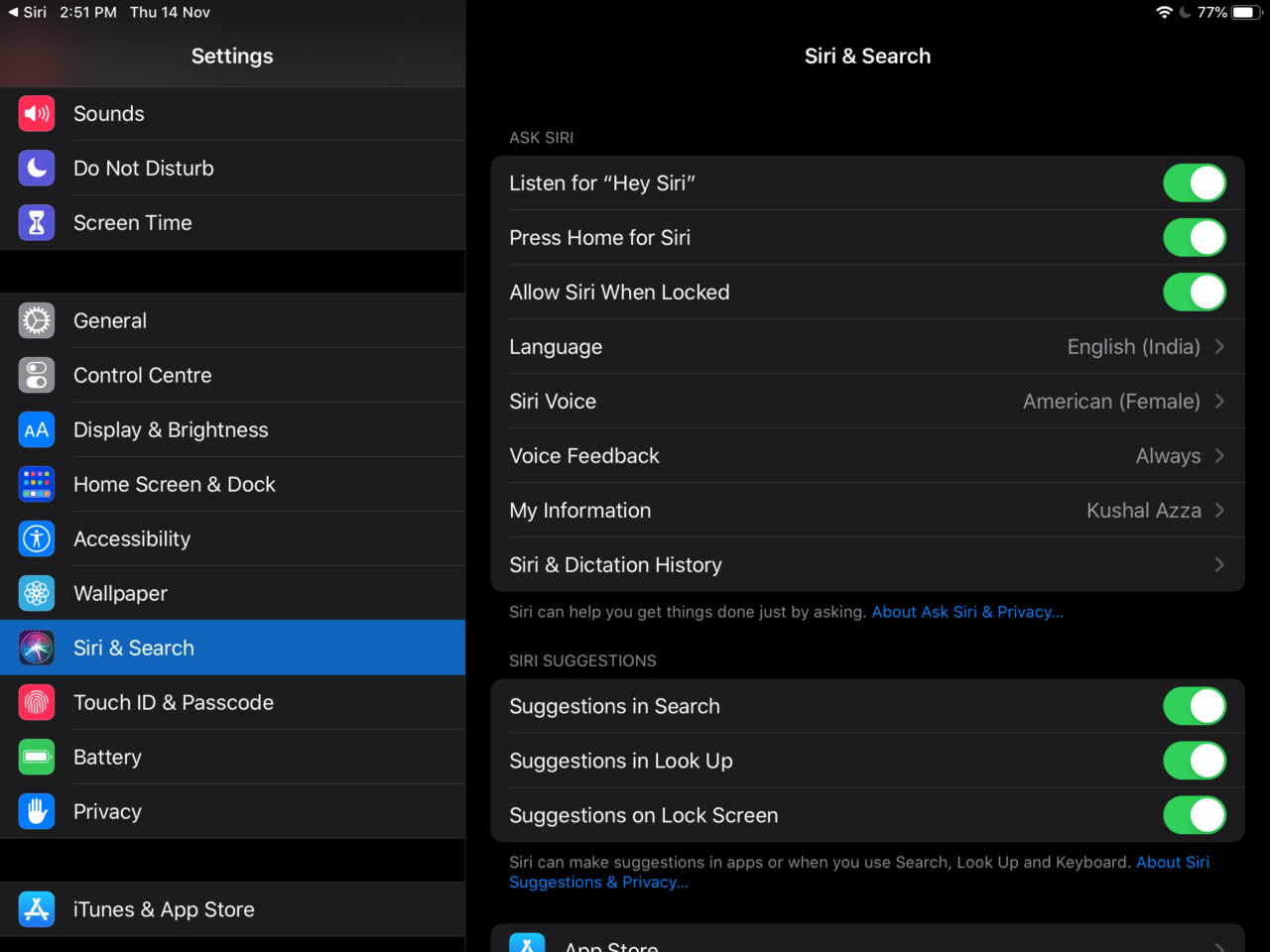 From Siri & Search > Language settings, if you choose any native language rather than English/French/Spanish. You will only have the option to choose between Male and Female in Siri Voice preference.

If you've any thoughts on How to Change Siri Voice? and Switch to Native Accent and Gender, then feel free to drop in below comment box. Also, please subscribe to our DigitBin YouTube channel for videos tutorials. Cheers!