Skip to content
Looking to Buy PS5 Gaming Console? Here are the Top Best Games to Look out for to Enjoy Exclusive PS5 Release Games on the Gamer. 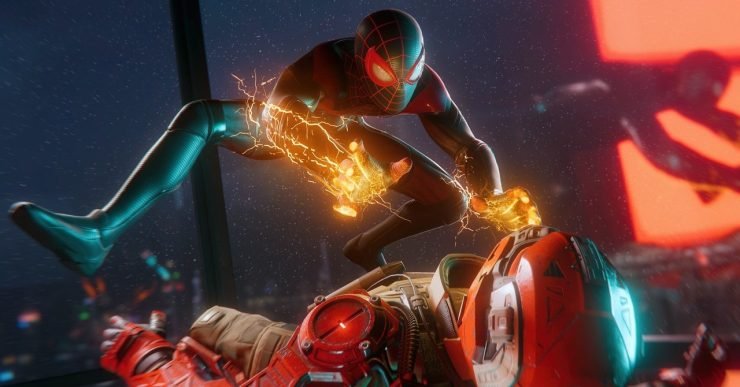 Well, we are soon approaching that time of the year when the wraps would be taken off the PlayStation 5 or PS5 gaming console from Sony. Though Sony has already teased the console in its full glory, it is yet to go on sale for the masses. A lot has changed over the years and being a PlayStation guy (Yes! There is an Xbox and PlayStation rivalry among gamers), PS5 looks damn good. Sony has given the console much of a futuristic look and feel.

Compared to the recently unveiled, Xbox series X, talking about the design elements, PS5 does have an edge. But that will vary from user to user so, we will not dig those details up. However, the console is so groundbreaking that the list of upcoming PS5 games will be a treat to play on with enhanced graphics and performance on PS5. Moreover, in this post, we will give you a list of the best PS5 games to look out for.

Yes, the market is pretty hot right now, and big game developers are already lining up the release date of their games for the PS5 console. In this post, we will give you a glimpse of the 10 best games that you might want to play first thing once you get your hands on the almighty PS5 or PlayStation 5 console. So, with that being said, let us jump right into this article.

Best Games to Play on PS5

What better way to start off the list of 10 best games for PS5 than EA Sports Fifa 21. Believe it or not, whether you play those big action titles or strategic titles, there is a soft corner for Fifa. And the latest version of the FIFA, i.e. FIFA 21 is going to launch on October 6, 2020. However, the game will also come for Xbox Series X, PS4, Xbox One, and PC. But the graphics on the might PS5 would be something different.

One of the popular open-world games from the house of Ubisoft that will be releasing around 29 October 2020, is the Watch Dos Legion. One of the key features of the game is that this time, you will not be playing a single character or a preset team. But, you will have to craft your very own squad picking a character from the entire London population.

What’s best is that each of London’s NPC will have their own backstory, strengths and abilities, weakness, and movesets. This opens up huge open-world gameplay possibilities.

Talk about games and we do not mention any COD titles, that would be a shame. Well, for all the COD fanatics out there, Call of Duty: Black Ops – Cold War is set to arrive in a couple of month’s time. But by looking at the reveal trailer, this one is going to be epic, just like the PlayStation 5 console.

There will be multiple endings to the single-player campaign, improved gameplay, crossplay support, the whole setup will be taken back to the 60s to relive one of the tensest global conflicts in history.

One of my most anticipated games of the year, Far Cry 6 is also going to be released this year. The very first and probably the most important reason to buy this game, Giancarlo Esposito. Yes! Gus Fring from Breaking Bad is now returning as everyone’s favorite bad guy in Far Cry 6.

If you would take my opinion, Giancarlo Esposito is the best pick for a menacing yet mysterious villain. Well, if you do not get what I am saying, check out the trailer below.

You might have to wait till January 2021 to get your kill-game on point with Hitman, but this is one of the most awaited games for PS5. This stealth game will be based on the groundbreaking success of Hitman 1 and 2 and will give you more effective ways to kill, with more creative level designs. The trailer does not reveal much, but that the beauty of a Hitman game, you gotta play it to feel it.

Marvel fans, this one is for you. Spider-Man: Miles Morales is set to release in the Holiday 2020 season. So, you may get your hands on the game along with the delivery of your PS5 console. This time Miles Morales will be the protagonist of the game and will don the suit to defend the city from evil powers.

The developer of the game is Insomniac games. And whatever first look we have at hand for the game gives us a hint that this would be a stunner.

We all are breathtaking! If you do not know how am I saying this then god knows what you were doing when this sentence came out of the mouth of immortal Keanu Reeves during the unveil event of Cyberpunk 2077. Just like Far Cry 6 has a character reason to play the game, Cyberpunk 2077 gets one as well and that is Keanu Reeves (do I need to say more?).

The game will feature one of the best customization features, even giving you the freedom to construct your private parts. The game looks absolutely brilliant and a must-have title for PS5.

Next Assasin’s Creed game is up on the horizon, which is called Assassin’s Creed: Valhalla. This time around, it will be all of Britain to explore. The main character of the game is a Viking settler. The game will offer dialogue options, character customization such as tattoos and hairstyles, and all manner of weapons to try out.

The game is set in the 9th century in the country of Norway and England and the players would be leaping across the four kingdoms in the game. The game is set to release in the Holiday 2020 season.

Another stealth game that is pretty hyped for the upcoming release is Deathloop. The game is developed by Arkane Studios, which developed the much-acclaimed Dishonored series. The protagonist of the game is in the role of Colt, an assassin that is stuck in a time loop. The player will wake up on the beach of the island of Blackreef.

While there is a party going on in a time loop, the island resets to the start of the party. Meaning that the partygoers do not remember their actions of the party after reset. You as Colt will have to remember the memories from each loop, understanding the behaviors and partygoers. Intriguing gameplay instead.

Resident Evil lovers, the latest version of the game, Resident Evil Village is coming in 2021. This next chapter will be coming to PS5, and this one is going to be epic. This horror franchise will continue from the tragic events of the Resident Evil 7 biohazard, the main character of the game, Ethan Winters finds has started over with his wife Mia, finally living in peace and putting the past behind them.

The game will serve as a conclusion to Resident Evil 7. The trailer gave us some hint that this time the storyline is going to be epic.

So, there you have it from my side in this post. I hope you guys liked this list of  top best upcoming games for the PlayStation 5. Let us know in the comments if we missed any of your favorite titles.

If you've any thoughts on Top Best PS5 Games to Play, then feel free to drop in below comment box. Also, please subscribe to our DigitBin YouTube channel for videos tutorials. Cheers!