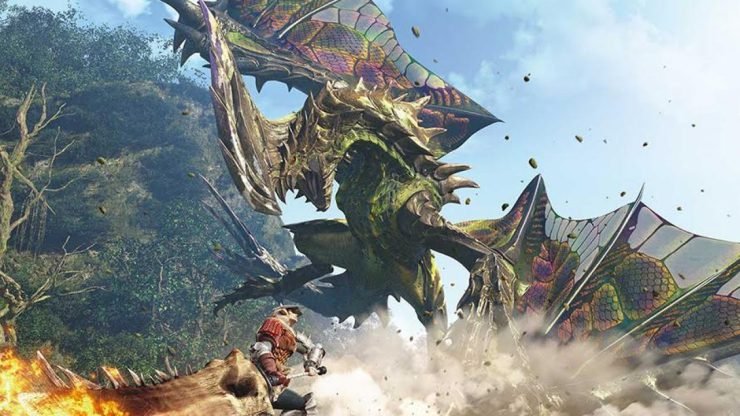 Gaming is more fun when you are playing with your friends. Most gamers have their group of friends with whom they play regularly. Playing together towards a common goal or against a common enemy is called co-operative gameplay or co-op gameplay. Co-op games can also be played to build a bond between players and instill team values in everyone.

In these games, players may or may not share a screen or a network. You can play them with your family too! The possibilities are endless, especially when you are spoilt for choice. There are different games for different people, from traditional games to quirky games. Choose one from many and let the fun begin.

Diablo 3 is a roleplaying game from Blizzard Entertainment. This action game is a hack and slash game. Players loot and fight, go on quests, learn new skills, and develop their character. It is one of the wildly popular multiplayer games that can be played on the PS4. Although it can be played solo, it is more fun when you play with friends. This game can also be played on a PC. It might get a little complicated but that is the beauty of it.

Moving out is a crazy but fun game that you can play with your friends. At first, it sounds boring. Packing and moving furniture is a tedious job so a game based on it should also be boring, right? Wrong!! This game is a strategy game that requires the player to use their brains to the fullest. It is also a management game that has players racing against time to finish levels.

If you think it is going to be easy then you are mistaken. Moving Out has extremely challenging levels that will leave you and your friends scratching your heads. It was launched this year so it is quite new. This game is perfect for parties and family functions as it is completely family-friendly.

Speaking of family-friendly games, here is another one. Everybody’s Golf is a simple multiplayer golf game. With cute graphics, awesome golfer avatars, and multiple golf courses, this co-op game is winning in all aspects. And the best part is, you can play it even you have never played golf! It is easy to play but very entertaining.

You can go fishing and karting too. Available in both offline and online modes with more than 60 challenges, Everybody’s golf is a great co-op game that can be played by everyone.

Guacamelee! 2 is a Mexican themed game that is as fun as it is colorful. It follows the adventures of Juan who needs to fight evil and save the day. It is a very lighthearted and funny game that will leave players amazed by its visuals. Battling the enemy in combat has never been more fun. Needless to say, this vibrant game should not be missed.

Rocket league is for the speed lovers out there. This racing game is extremely satisfying to play. Players can customize their cars, and experience the madness. 4 players can play football with their cars in teams of two. This game focusses on the magic of physics and lets players defy it with speed! You can live out the fantasy of driving recklessly and flipping a car through this game. It is also suitable for playing with kids.

Overcooked is a cooking co-op game that requires players to become pro chefs. They have to create dishes in a time limit while avoiding the obstacles and hazards that come their way. Ever heard the saying,” Too many cooks spoil the broth?”, this game tries to prove it wrong! This game can be played by up to players, so play with your friends to become master chefs and the kingdom!

This fantasy roleplaying game has many intricate details. Demanding levels, challenging combat fights, and numerous characters to play with make it a good game. In this fantasy game, you can become an elf, lizard, dwarf and so much more. It is beyond your imagination.

Borderlands: The Handsome Collection is a shooter game that is set in the magical world of pandora. This is a typical shoot and loot game that has a ton of collectibles. The handsome collection comes in a bundle with its prequel. This game will require a lot of your time but it will be worth it.

This game is a visual treat for all. It is a beautiful side-scrolling game that has straightforward controls and delightful levels. This co-op game is perfect for playing with your kids. Go head to head against dragons, toads, and other mythical creatures in this cute game. It is one of the oldest games on this list as it was launched in 2013 however it is still enjoyable.

10. The Sword of Ditto: Mormo’s curse

The Sword of Ditto: Mormo’s Curse is an RPG that is full of puzzles and action. It is a true co-op game as it is designed to force players to work together to clear levels. The sword of ditto has players fighting monsters in a fast-paced setup. It looks so attractive that it is sure to pull you in.

This list would have been incomplete without Minecraft. Minecraft is a cult favorite game whose popularity does not seem to die down anytime soon. This game is very fun to play, especially with a friend. Players can explore different areas, build their houses, and swim in the sea. This adventure game is therapeutic for many. Do try this, you might become obsessed with it!

12. Lovers in a dangerous spacetime

The game Lovers in a dangerous spacetime has players explore space in a battleship of their own. This co-op game requires players to work together as a team to complete their missions and defeat the villain Anti Love. Players can customize their spaceship and take control of different weapons to use them to their advantage.

Towerfall: Ascension is a combat game. It is a shooting game where players use arrows, loot treasures, and retrieve arrows once they run out. It is extremely competitive and we warn you, you may lose friends over the game! This co-op game is easy to play however the challenges are not easy.

LittleBig Planet 3 is a platform game where players solve puzzles and jump, grab, run, and interact with elements. It lets players design and upload levels for others to play. The game also has collectibles that players can collect. The game allows 4 players to play offline while there is also an online mode.

15. The Last of Us Remastered

The Last of Us Remastered - From The Beginning | PS4

This co-op game is set in a dystopian world where two characters; Joel and Ellie come together to save the USA. This survival game has eight maps that players can explore. This adventure game was appreciated for its strong female characters who stole the show. It is not a lighthearted game but it is a game that is full of life due to its engaging plot and realistic visuals.

Honorary Mentions – Games that did not make it into the list are A way out, Lara Croft, and the temple of Osiris, Call of Duty Zombies. These are fun too and must be tried.

If you've any thoughts on Top Best Offline Multiplayer Games for PS4, then feel free to drop in below comment box. Also, please subscribe to our DigitBin YouTube channel for videos tutorials. Cheers!