Skip to content
Looking for Games Like Among Us? Here are the Best Alternatives for Among Us to Play with Friends and Enjoy the Fun on PC and Mobile. 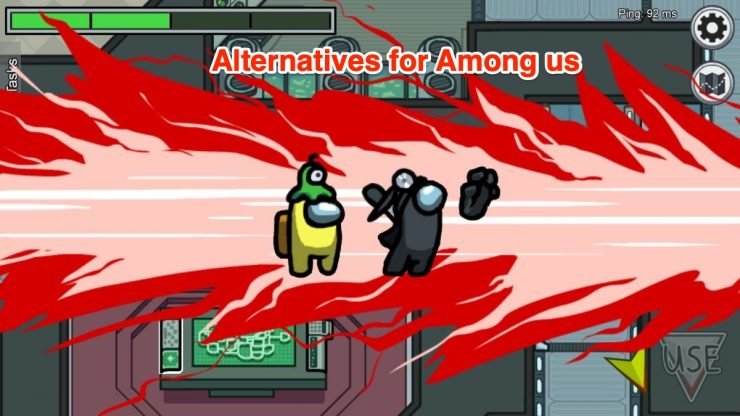 In this post, we will give you our own curated list of the 10 best games like Among Us. Among Us is a gaming phenomenon which was released back in 2018, but rose to fame very recently. The game has been appreciated by several users, YouTubers, and game streamers. You can play with your friends, and you have to point out the imposters. Any one of the players can be an imposter and commit horrible crimes while nobody is looking.

But for some, Among Us could not create that hype, which it has created for others. The reason could be that the graphics of the game can be a bit underwhelming, or they find the game too repetitive or anything else. So, keeping that in mind, in this post, we will give you some alternatives that try to follow on the same lines as Among Us game. So, with that being said, let us get into the article itself:

Well, Deceit is not a new game, as it was launched back in 2017. The game is available on Windows and is free of cost. So, that is a big plus. In Deceit, the players enter a multi-staged level as either Survivors or Infected. There are a total of 6 players and out of the 6, 2 will be monsters and their ultimate aim is to murder the other 4. Quite similar to Among Us. The other 4 have to make decisions in order to survive.

Project Winter was released back in 2019 and is a 8-person multiplayer game. The game focuses on social deception and survival. Just like Among Us, communication among the team member is crucial. You have to gather resources but also beware of the traitors within the group. Six survivors have to find a way to escape and two traitors need to stop them by any means. A good alternative to Among Us.

This is a new game released in 2020, which is available for free. In this, the crew members accomplish tasks on a space ship. However, one key difference is that the crew can fight back against the alien. There are weapons for everyone. The aliens have to work together to kill the crew members. They can transform into a handful of aliens to start killing, while the crew can get access to Power Armor that turns them into deadly killing machines.

The game was launched back in 2014 and is developed by Blank Media Games. The game divides the players into 4 main factions Town, Mafia, Neutral, and Coven. The total number of players ranges from 7 to 15. The Town members are good guys and the mission is to track down the Mafia and other villains before they kill you. The players can also be given an evil role where players have to kill the other players at night.

Unfortunate Spacemen is a game where you have to survive long enough to be rescued. It is a first-person perspective game. The monsters have the ability to impersonate any crew member and can lay traps to kill them. Both spacemen and monsters have several tasks to carry out and there are in-game resources as well.

In mindnight, the game is pretty simple with players are divided into Agents and Hackers. The main aim of the players is to gain 3 out of 5 nodes. Just like Among Us, the game involves debating to detect who the hackers are. But the logic behind it could be a bit more logical.

The game was launched back in 2016 on Windows and PS4. Those who are actually werewolf can see each other as werewolves, while other players will see players as harmless villagers. The game provides a nice VR experience and there is an open chat. You wil experience the accused ones of murdering other players by finger-pointing and hand waving.

Barotrauma is a side-scrolling game, where the players are assigned a job on the submarine. Interestingly, they have to coexist with other members of the vessel. The various missions include hauling cargo from one outpost to another, hunting hostile undersea wildlife, or recovering alien artifacts, etc.

In Garry’s Mod, though the game is old, but the gameplay is something that will keep you hooked to the game. Among the players are divided into Innocents, Traitors, and Detectives. And each trait can be given a certain percentage as per liking. The traitors will try to kill the innocent, so you have to keep an eye open because anyone can kill the innocent from behind.

You will be spawned with 6 other players in a dark environment. You have to rescue a kid from a spooky neighbor. However, the neighbor will disguise himself as a part of your group. There is no randomization in the map but the traitor within the group is something to watch out for.

So, there you have it from my side in this post. I hope you guys liked this post on the list of alternatives to Among Us.