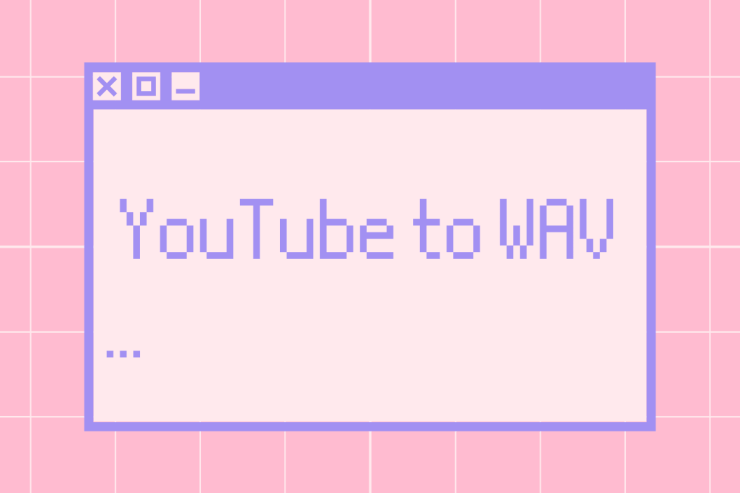 WAV is a type of audio format similar to MP3. It is one of the most common types of audio formats. Compared to MP3, WAV is of superior quality, ensuring that the audio is stored in the best condition. WAV audio files allow users to retain the audio without it being distorted. This was developed by Microsoft in partnership with IBM back in 1991. Raw audio that is preserved by this audio format is best used for editing and mixing in professional settings. But WAV files are too big, meaning that they take up a lot of space especially when compared to other file formats.

To combat these issues WAV Convertors were created. WAV Convertors in simple terms convert these files into more compressed formats like MP3, thereby maintaining the quality of the audio without giving up too much space. Many Youtube to WAV Converters are used for converting youtube videos into the WAV format. These WAV files are helpful in many situations whether it is helping editors use the audio of a youtube video or letting the common folk download the audio as music.

Youtube – WAV is undoubtedly one of the best Youtube to WAV converters. It is not fancy or complicated by any means. It is so easy that even a toddler can use it! All one has to do is copy and paste a URL, select the format they want to convert it to, and press download to start the conversion process.

It is as plain as that! It converts Youtube videos to WAV in high definition. Completely free of cost, Youtube-WAV is a quick converter that supports several formats like MP3, MOV, AVI, ASX, etc. It also works on Facebook, Yahoo, and 200+ websites according to its official website. It does not leave any watermark when used for transforming Youtube to WAV format which is a blessing for many editors.

Its simplicity is its biggest advantage, its user-friendly interface and accessibility make it popular. One does not need to even register on the website to convert files. This is truly one of the best Youtube to WAV converters on the internet.

SavetheVideo.com is an online medium for converting youtube videos to WAV and other formats. It is meant for personal use only and strictly prohibits the download of the copyrighted material. Supporting over 420 audio formats it allows users to download videos from social networking sites like Instagram, Facebook, Twitter, Reddit, 9GAG, AppleDaily, BBC, Buzzfeed, Daily Mail, Disney, IMDb, Imgur, etc. It allows bulk conversion of files that most converters aren’t able to do. It has a goldmine of supreme features like GPU Acceleration, inbuilt editing toolbox, and compatibility with different devices. It works on Windows, Linux, and Mac OS.

Users can also mix/merge audio and video formats combined. It also enables users to download captions/subtitles for the videos. It has a free version and a paid version which is a one-time payment that gives a lifetime license to the user. It is one of the greatest converters online, its performance and features are truly unmatched.

Youtube- Converter works just like Youtube- WAV. Users paste or search the URL to convert the files into different formats like MP3, MP4, FLAC (audio), WAV. It offers a quick and quality transformation of files specifically Youtube videos. It is free to use and pretty secure. There are no limits to downloading and converting videos on Youtube – Converter.

Its web app is also mobile-friendly although it works only for android users. The maximum length of videos that they can support is 2 hours but this should not be too much of an issue for users. In the future, Youtube- converter plans to bring in many more file formats that they can support.

VidToMP3 similar to other WAV convertors works rather the same way as others do. It supports the conversion of youtube videos to only MP3 files, unfortunately. The website follows the standard method of having the user put in the link of the video, it then converts it quickly. Apart from offering only one file format, VidToMP3 also has a mediocre interface.

It works well but has questionable ads. This can be used when one needs to just get the job done but do not expect elaborate features from this. However, we have to warn readers that this has been under fire for many pop-ups and ads which may be infected with viruses. In short, the safety aspect of this website is questionable however, it is the responsibility of the user to decide if they want to use this.

5K Player is an unusual choice for a WAV Converter but this video, audio, media streamer, player, and downloader works well for converting youtube videos to WAV format. It allows the user to download videos from Youtube, VEVO, Yahoo, Metacafe, Vimeo, and Dailymotion and supports conversion to MP3 and AAC formats.

Although this is technically a media player, this provides high-quality conversions without a hitch. It is convenient to use and is best for someone who is looking for not only a media player but also a converter for different file formats.

Youtube2Video is a versatile Youtube to WAV converter that supports a lot of formats. One of its unique features is letting the users select the resolution of the videos and audio formats. It has a mobile app too which can be used to convert files on the go. Much like its contemporaries, it supports MP4, AVI, MKI, WAV, and 3GP formats.

Users can choose the resolution of the video based on their needs which range from 144p to 1080p. It has the typical search bar where the users enter or paste the URL to convert it. It has a very clean interface and its mobile app seems impressive.

Ytbto converter provides a secure and quick method to convert youtube video to WAV, MP3, MP4, AVI formats. It works on numerous mobile and computer devices and platforms. It enables users to download and convert videos from websites like Twitter, Instagram, Tumblr, Pinterest. It works on Windows and Mac devices too.

This is identical to Youtube2Video and gives similar results. It is reputed to be one of the fastest and precise converters available on the internet. It is a favorite of many, because of its accuracy. Anyone looking for an uncomplicated and swift converter must give this a try.

Freemake Video Converter is a multifaceted online video editor and converter. It converts audio and video files to almost all formats including WAV for free. It is one of the oldest editing software as it was launched in 2010. It converts videos and even movies to over 500+ formats.

It supports the conversion of DVDs too along with other formats like SWF, RM, QT, 3GP, MS, MTS, Fraps, and HD. It allows users to convert, extract, and alter videos from Youtube, Dailymotion, and Vimeo. The conversion of 4k videos and HD videos happens magically. Also, DVDs can be burned through the Freemake Video Converter.

It converts youtube videos to other formats and provides advanced editing options and tools. It also allows users to control the speed of the videos, users can slow down or fasten the pace of the video. Its user interface is to die for! Someone looking for just a converter should skip this, however, this editor plus a converter is great for those who wish to make use of multiple features of this software.

DOCSPAL is not just a Youtube video to WAV Converter, it supports the whole spectrum of documents and file conversions. It has a mobile app too which is easily available on the Google Playstore. It supports the conversion of audio, video, image, and documents of various formats. It is more of a general converter with one aspect of it being the conversion of videos to WAV, WMA, FLV, M4V, MKV, MP4, 3GP, MKA, OGG formats.

It converts ebooks, documents, and other formats like ZIP, RAR, etc. It is not geared towards the conversion of videos to WAV formats but the results are satisfactory. Overall, users who are looking for a dynamic converter that converts not just videos but other formats must give this a try. It is a good tool to keep handy just in case of any emergencies as it covers the conversion of a complete range of file formats.

Honorary Mentions – Some decent Youtube to WAV converters that did not make it to this list are YTD Video Downloader, Online convert, VideoProc, Bender Converter, iTube studios, Files Conversion, Uniconverter, and YtMP3. All of them function decently and can be trusted to get the job done. Most of them are free to use and their performances are fair.

The Top Best Youtube to WAV converters is listed above. These converters are quick and simple to use. All of them can be downloaded online with most of them being free.

If you've any thoughts on Best YouTube to WAV Converter Sites and Apps, then feel free to drop in below comment box. Also, please subscribe to our DigitBin YouTube channel for videos tutorials. Cheers!