Skip to content
Is Twitch Not Loading Streams on iOS Device or Not Showing Some Error. Here is the Simple Guide to Fix Twitch Not Working on iPhone. 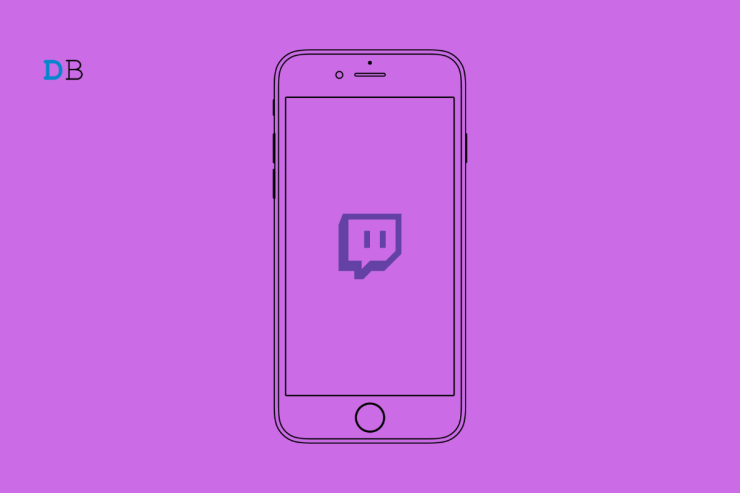 In this guide, I have shared a few troubleshooting tips to fix the issue of Twitch not working on your iPhone. Twitch is the premier app for live-streaming content, which is viewed by millions of people all across the world every day. Twitch may not be working on the iPhone if the app for iOS has some bug. Even any glitch on the current version of iOS installed on the iPhone can cause the app to misbehave.

It has also been reported that if changes are made to the time settings of iOS, it may affect the way Twitch functions. Another common reason could be a broken internet connection that is causing Twitch to not open on the iPhone. Sometimes the use of a VPN may cause Twitch to become unresponsive. It happens if the remote server becomes incapable to handle a lot of requests that result in connection disruption.

Best Tips to Fix Twitch Not Working on iPhone

Here I have listed various fixes that have helped a lot of Twitch iOS users.

Start the troubleshooting process by upgrading the Twitch app for iOS. here is how you should look for an app update regarding Twitch on the App Store.

If it was a bug or other technical issue causing Twitch to not work on the iPhone, it should be fixed now.

Automatic time means the device will fetch the time as per the network provider you are using. This is an ideal way to get the correct time and also does affect other applications installed on the device.

Often there would be no serious bugs, and just like that, out of nowhere, Twitch becomes unresponsive; it has been observed that in such a case, a simple restart to the device fixes all issues with the app.

4. Update to the Latest version of iOS

iOS bugs are nothing new and may be experienced prominently in the beta version of iOS. The solution is to timely install the iOS updates when they become available. To check for any available iOS updates,

Sometimes due to periodical maintenance, your ISP may disrupt the network in your area. That affects your connectivity to the web, and any app that requires the internet to run won’t work. The same goes for the Twitch app on iPhone.

If it is not the ISP that has taken down the servers, then it may be an issue with your connection. Try to reset the WiFi router or connect to any other WiFi network that may be available. If you have sufficient mobile data and a faster network, then you can turn the mobile data on and stream Twitch without having to rely on WiFi.

When you use a VPN, you set the server to a remote country other than your actual region. Now, if a lot of users have set that country as their remote server on the same VPN, the server may be taking too much of a load. Hence, for many users, the network becomes unresponsive. As a result, the app or website you are trying to access won’t open. The ideal fix is to disable the VPN.

Otherwise, access the VPN app on your iPhone and tap the ON/OFF toggle to disable it.

I hope this troubleshooting guide will be useful in fixing the issue of Twitch not working on iPhones. Make sure to resolve the issue with Twitch so that you do not miss out on content streamed by your favorite Twitch creators.

If you've any thoughts on How to Fix Twitch Not Working on iPhone?, then feel free to drop in below comment box. Also, please subscribe to our DigitBin YouTube channel for videos tutorials. Cheers!