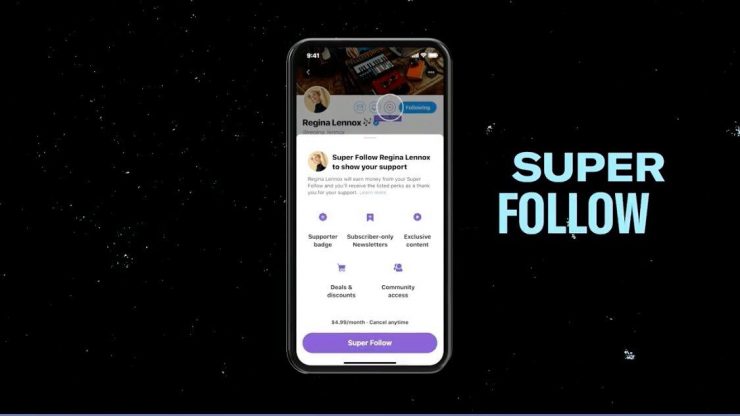 Twitter has announced new features at Twitter’s 2021 Virtual Analyst Day. One of these features is the ‘Super Follow’ which is a paid feature that lets users generate revenue from their tweets. This feature will be structured like a subscription model where users will get access to exclusive content and other benefits.

Apart from this, Twitter has also unveiled a feature called ‘Communities’. This is very similar to groups on Facebook. The company hopes to double its revenue by the year 2023 and has also teased the idea of launching an audio-based discussion platform similar to Clubhouse. Both features have been announced on Twitter although the announcements did not have details. The ‘Super Follow’ feature was described as ‘like Patreon but on Twitter.

The ‘Super Follow’ feature will be available at a monthly charge of 4.99$ or around Rs. 370. For this price, the users will get stuff like a subscriber-only newsletter, a special support badge, and other exclusive content. This will help content creators, celebrities, journalists, etc earn money through their tweets while making sure normal users get access to the content of their choice.

The company did not reveal when the feature will be rolled out but it might take a few weeks. The success of this feature depends on the willingness of people to pay for exclusive content on the platform but it could also change the way content is created and its reach.

The Communities feature of Twitter will make it possible for users to create groups on the platform just like Facebook groups. On Facebook, people can create groups for any purpose. Specialized groups for different hobbies and interests are really popular on Facebook which is why Twitter is hoping to replicate that on their platform.

A safety mode is currently in the works. This feature will make it easier for users to block accounts and tweets. Nothing much has been said about the feature.

The new features certainly seem interesting especially the ‘Super Follow’ feature. It could be a game-changer for the platform.