Skip to content
Record and store the Screen while on video calls you make using various apps like WhatsApp, Duo, Hangouts, IMO, Skype etc. with a simple trick 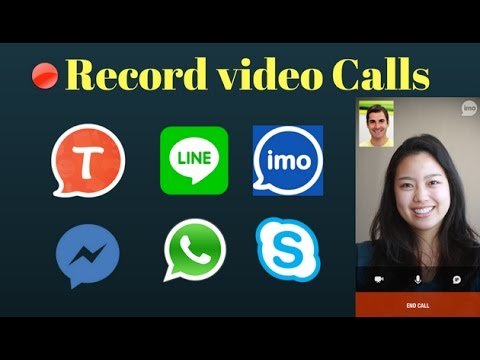 Record both Video and Audio Simultaneously with this trick and store video chat on your phone. We will try our method on Android because of its ease of customisation and modifications. Android has loads of apps for Video Chat

Android is the best smartphone environment for any user. Thanks to its open source nature and loads of options for customisation.

Actually today I got a mail from one of the visitors named ‘Raghu2k2 who after finding a useful post asked me if I could help him in recording Videos along with audio while on the Video Chat.

Raghu said that he tried many Screen Recording Apps on Android which were working but they were not able to record the Audio.

Curious I started searching for the reason on forums and I found that Internal Audio Recording is No More Supported by Android and is Stopped by Google.

It means that updated Screen Recorder Apps do not support Audio Recording while you are on Video Call.

But earlier versions were able to record screen along with the Audio. So, any older version of the App could make the trick for you.

How to Screen Record Video & Audio on Video Calling?

As I said above the Screen Recorder Apps with updated versions do not support recording of Internal Audio due to some norms from Google.

Note & Conclusion: I hope the post was helpful. Do comment below for any assistance if needed. Cheers!

If you've any thoughts on Screen Record Video Calls on Android [Audio+Video], then feel free to drop in below comment box. Also, please subscribe to our DigitBin YouTube channel for videos tutorials. Cheers!