Skip to content
What is the Difference between Windows PowerShell, Windows Terminal and Command Prompt. Here is the Guide Detailing Terminal vs Command Prompt vs Powershell 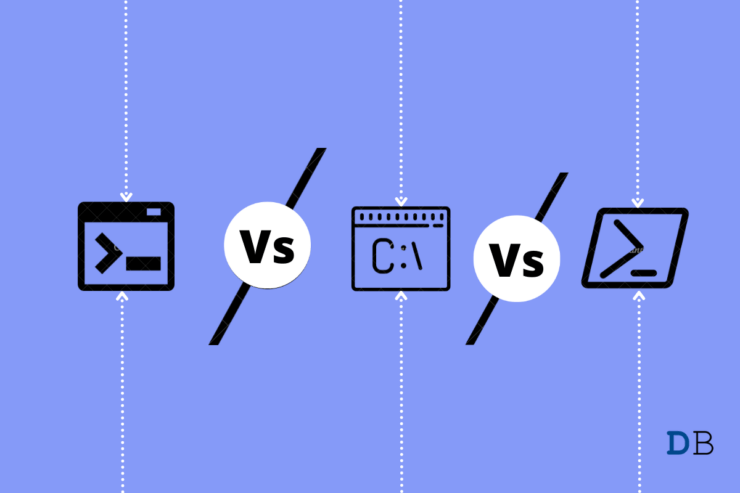 Command Prompt or popularly known as CMD, is one of those applications that has been with Windows since its inception. But now, along with CMD, Windows offers two more command-line tools, PowerShell that was introduced in Windows XP, and the new Windows Terminal, which made its debut in Windows 10 and is now also available in Windows 11 as well. So, why does Windows introduce the other two tools, when CMD was fulfilling all the needs. And what is the significant difference between CMD, PowerShell, and Windows Terminal? Let’s find out the answer in this post.

Nowadays, most of us want a quick and to-the-point comparison between services. Nobody loves to go through long boring paragraphs. And if you are also part of that group, then here’s a tabular comparison between Command Prompt. Windows PowerShell, and Windows Terminal. But in case if you have any queries regarding any of the below-mentioned points, then we recommend going through detailed comparisons that follow the tabular data.

What is Command Prompt or CMD?

Command Prompt or CMD was initially known as Command.com, and it was introduced with Windows 95 and 98. But most of us, who have been with Windows since its inception, know this command-line tool as MS-DOS, and there’s a strong reason behind it as well. Initially, it was mainly used to execute DOS commands as DIR commands.  It was also used to run internet speed tests.

What is Windows PowerShell?

Windows PowerShell is used to control what’s going on inside the OS. Additionally, it also gives you access to the manager registry, file system, and creates complex scripts with various scenarios.

What is Windows Terminal?

Windows Terminal is the newest addition list of command-line tools. Unlike others, it is an open-source application that is available on GitHub. On Windows Terminal, you can execute commands of Command Prompt, Windows PowerShell, Linux, as well as WSL. The ability to run Linux commands allows BASH, which is only limited to the Linux operating system.

Windows Terminal comes pre-installed in Windows 10 as well as in the latest Windows 11. You can even download it from the Microsoft store.

Now that you know the basic meanings of these command-line tools, let’s check out the significant difference between them. Although they all are scripting languages that are introduced to solve standard Windows issues, execute batch commands, and maintain the OS, there are still various differences that make each different from others. 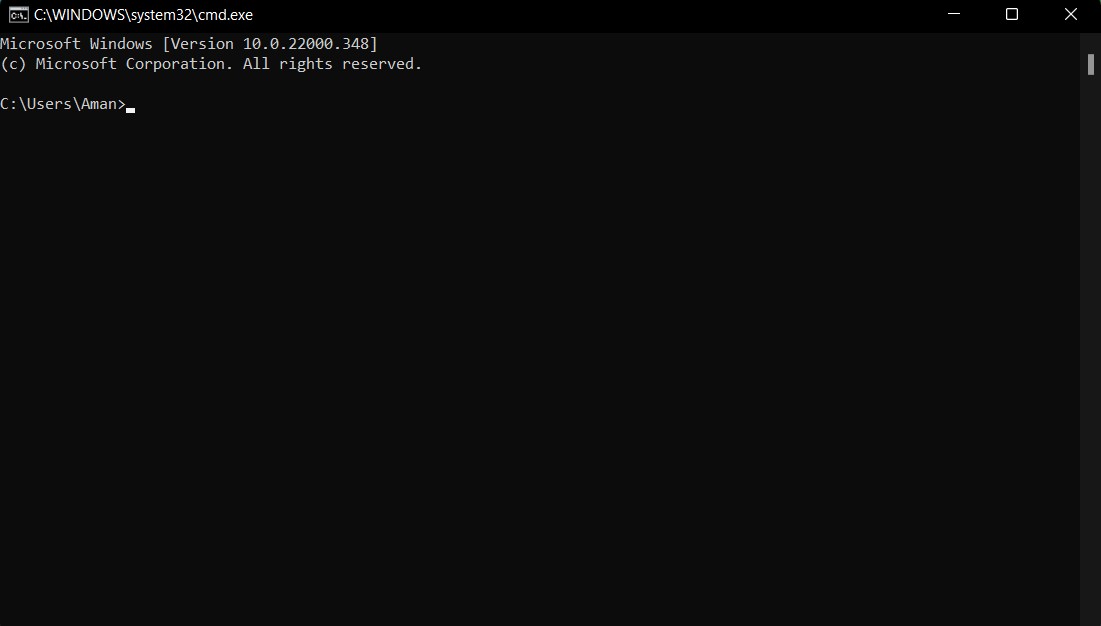 Command Prompt has one of the most straightforward interfaces among all the command line tools. It is a complete replica of what computer graphics used to look like in early 2000. To be precise, the command prompt has a simple black background, where you can type in codes with white fonts. 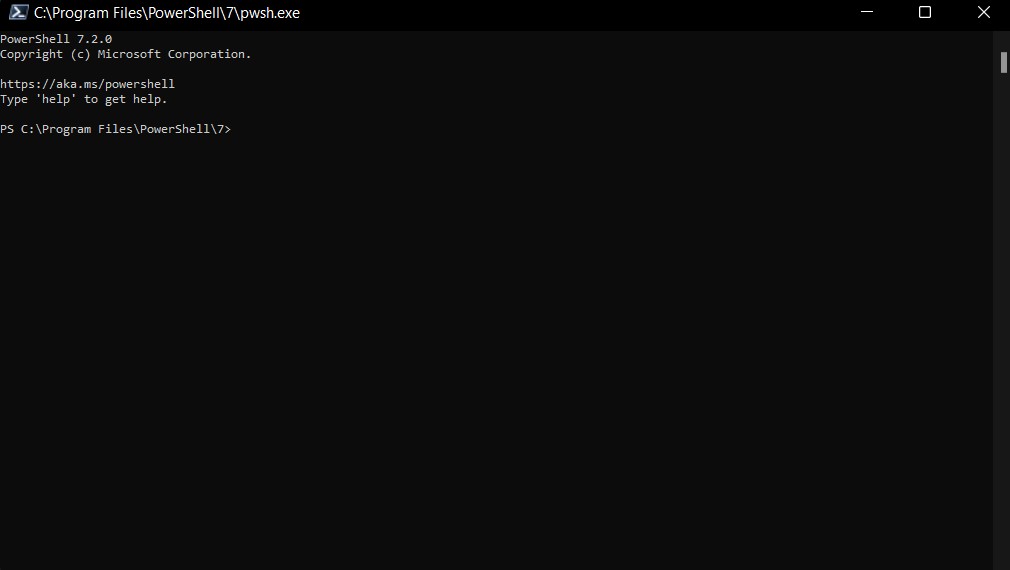 Windows PowerShell has a comparatively intuitive interface. Unlike Command Prompt, it just doesn’t rely on black and white color. In fact, it has taken things one step further, by offering blue background and yellow and red writing fonts. But you can have the black-white as well by going through the settings. 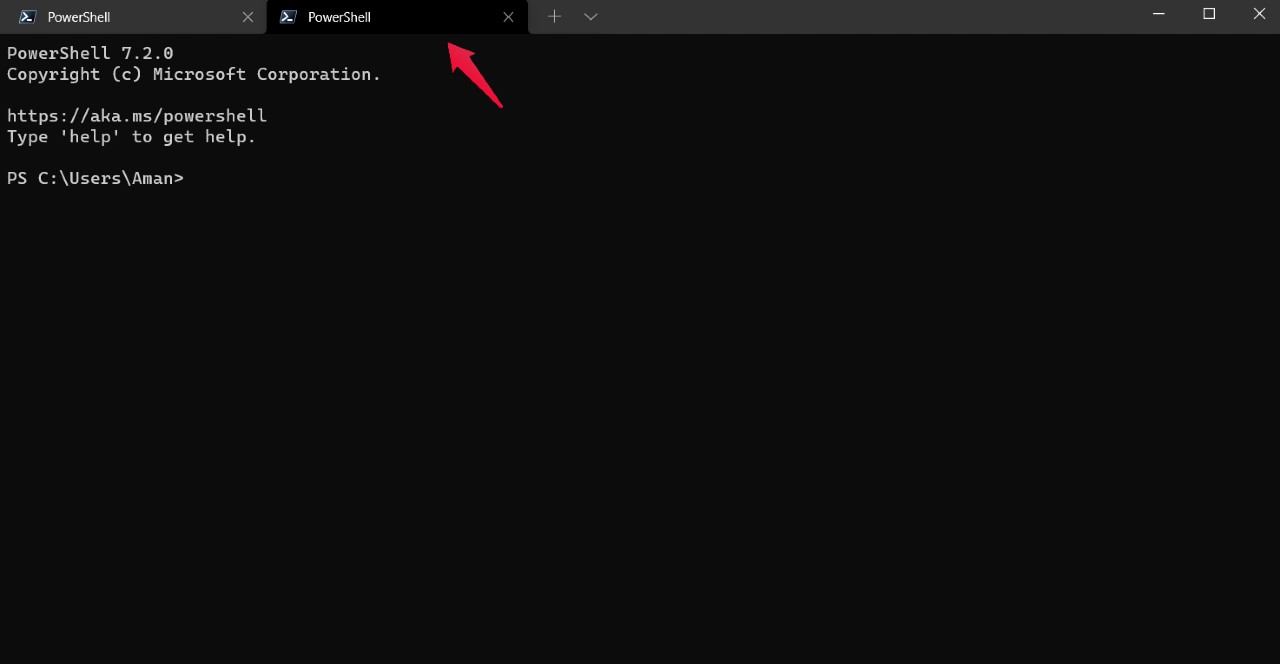 The latest, Windows Terminal, has the most advanced interface among all the command line tools. It has taken a browser approach, i.e, it gives you access to open multiple tabs and work on each one of them simultaneously. In fact, managing multiple tabs in Windows Terminal is really fun and easy. 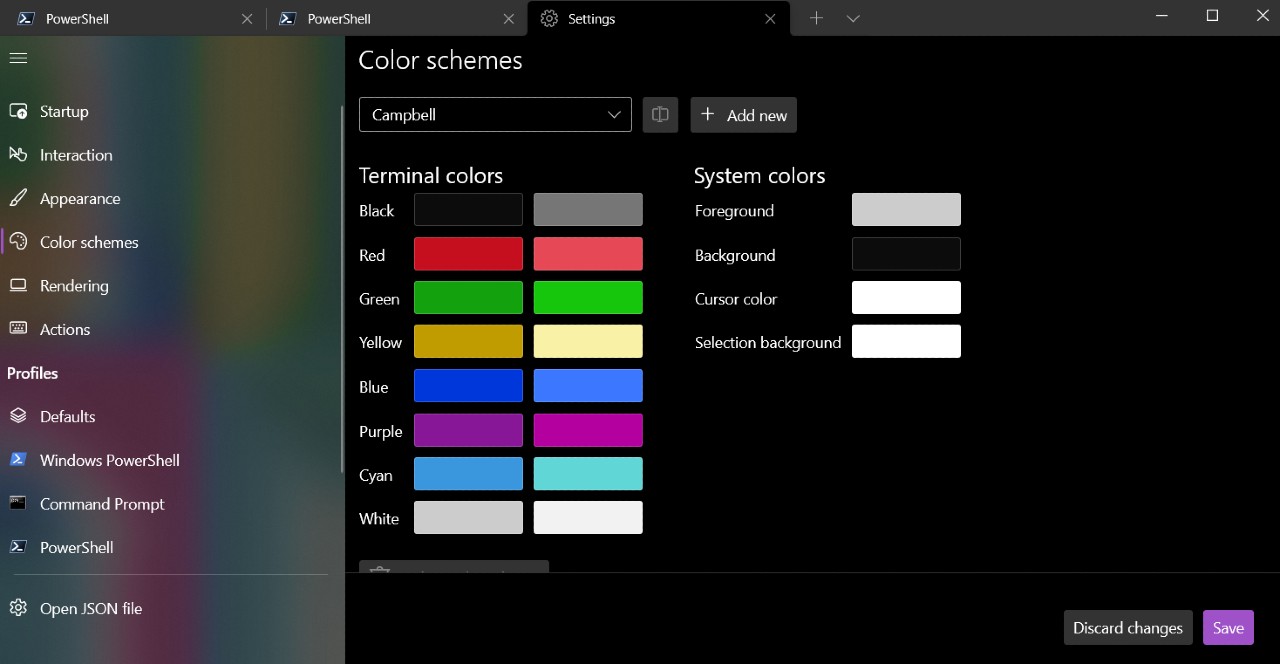 Additionally, unlike other tools, it is not only limited to a certain number of color schemes. In fact, it offers a wide variety of spectrum and color schemes, and you can even create your own custom color schema. Further, there is a dedicated settings menu where you can tweak with different colors and have an appearance as per your desire.

Windows Terminal also gives you the access to create multiple profiles. And most importantly, different profiles can have different settings. So, everyone using Windows terminal in Windows 10 or 11 PC can have their own Shells, Terminals, and SSH tunnels.

Windows PowerShell offers a complete blue background that you can change as per your desire to round up the interface battle. But Windows Terminal is just on the next level compared to PowerShell and the cult classic Command Prompt. This clearly doesn’t mean that PowerShell is on the weaker side. It’s mighty and capable. But when it comes to UI, Windows Terminal is a clear-cut winner.

Command Prompt is mostly preferred by users who would like to perform administrative tasks like formatting and managing disk partitions. It was also used to keep an eye on data stored in the user as well as the system. CMD allows you to access system files; therefore, you can easily fix most of the Windows errors and even delete corrupted files.

Windows PowerShell can perform all the services that CMD offers. Additionally, PowerShell gives admin access to control different systems connected to a network in an organization. Unlike CMD, PowerShell is not only compatible with Batch commands where you have to input a certain number of commands, and it will run each one of them one by one without taking any further input from your side. In fact, it can easily execute Batch as well as Shell commands.

Windows PowerShell uses cmdlets which mean groups of instructions. It is more of a “function” if you are from a programming background. So, similar to functions, you can use cmdlets to execute multiple operations with a single command.

Windows Terminal is the most advanced command-line tool. It uses BASH to its full potential, which was initially limited to just Linux operating system. Unlike CMD and PowerShell, the Terminal is also compatible with Unicode, UTF-8 characters, and GPU-accelerated texts. The availability of a GPU-accelerated text rendering engine makes it possible for the terminal to work with emojis, special characters, icons, and different kinds of fonts.

As mentioned, Windows Terminal is an open-source project. Therefore, it wouldn’t be a surprise if more new and advanced features get introduced to this command-line tool in the future. Microsoft said that they will make Windows compatible with BASH, making it possible for users to run Ubuntu in Windows. Although this promise never came into reality, now it is possible with the help of Windows Terminal.

Command Prompt vs Windows PowerShell vs Windows Terminal: Which One You Should Use?

In layman’s terms, the Windows Terminal will be an ideal option for you, as it can execute every command, and offers intuitive UI.

So, that’s all for this post. In the comment section, let us know your thoughts on Command Prompt vs Windows PowerShell vs Windows Terminal comparison.

If you've any thoughts on Windows PowerShell vs Windows Terminal vs Command Prompt: What’s the Difference, then feel free to drop in below comment box. Also, please subscribe to our DigitBin YouTube channel for videos tutorials. Cheers!