Skip to content
Looking to Get early Access to PUBG Mobile India Version with Pre-Registration? Know More About Games Availability in India. 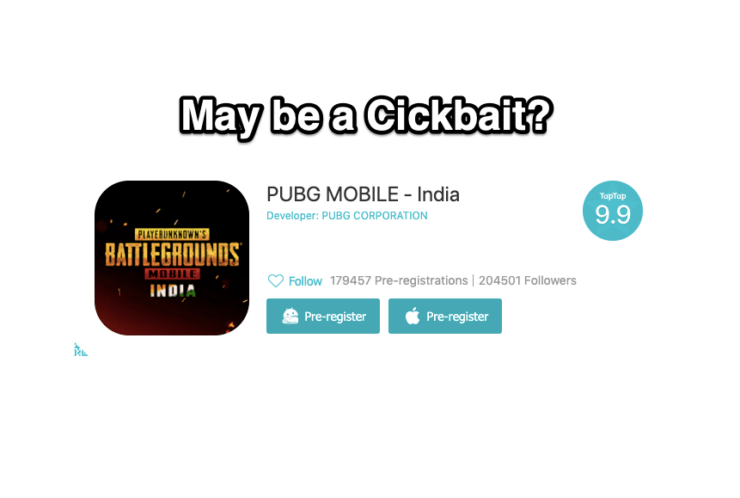 PUBG Mobile was banned in India by the government citing privacy concerns and user data issues. The game was published in India under Tencent Games, a Chinese Tech Giant. The game was removed from Play Store and App Store after the Indian government’s order and PUBG Corporation shut down the Indian servers on 30th Oct 2020 that caused many users to see an error code: Restrict Area.

To comply with the interim order of the Ministry of Electronics and Information Technology dated September 2, 2020, Tencent Games will terminate all service and access for users in India to PUBG MOBILE Nordic Map: Livik and PUBG MOBILE Lite (together, “PUBG Mobile”) on October 30, 2020. The rights to publish PUBG MOBILE in India will be returned to the owner of the PUBG intellectual property.

Protecting user data has always been a top priority and we have always complied with applicable data protection laws and regulations in India. All users’ gameplay information is processed in a transparent manner as disclosed in our privacy policy.

We deeply regret this outcome, and sincerely thank you for your support and love for PUBG MOBILE in India.

But recently the PUBG Corporation’s parent company Krafton announced the release of an Indian Version of the game with local modifications and hosting the user data in the country itself. It is also reported that the Game will be hosted by Microsoft Azure. The PUBG Mobile India will release anytime soon once the developers get a nod from the government.

The game has been listed on the popular mobile game sharing community website, Tap.io. Till the time of writing this article, there were 181905 registrations. Though there is no official statement from PUBG Corporation about the pre-registration on Tap Tap Store, users have flocked on to register in the hope to get the initial access to the battle royale game.

The description for the Indian version on the site states;

PUBG Mobile India has not officially stated any publishing date for this game and hence, all the date and timelines are speculations so far.

The listing may not be true and it may be just a clickbait to draw registrations on the site. I request you to wait till any official statement is released by PUBG Mobile.

Conclusion: Looking to get early access to the popular battle royale game PUBG Mobile India, there looks like a pre-register page open on tap.io

If you've any thoughts on PUBG Mobile Indian Version Pre-Register, then feel free to drop in below comment box. Also, please subscribe to our DigitBin YouTube channel for videos tutorials. Cheers!