Skip to content
Here is a Complete Guide to Download PUBG Mobile Korea Version on your iPhone and iPad Devices in India from Apple App Store for Free without any Error. 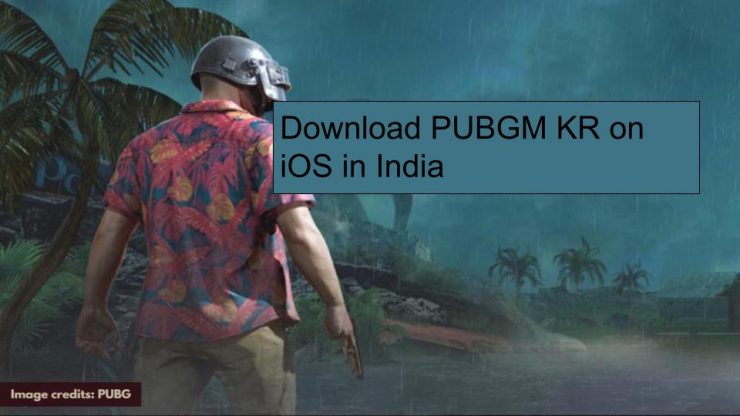 After the Chinese apps ban in India, the PUBG Mobile game is not available to download from both Playstore and Appstore. Therefore existing users can’t update their game to the latest version. However, Android users can get apk files and sideload them into their smartphones. But this sideloading is not possible in iOS devices due to security and restriction. However, Jailbroken iOS devices are an exception here.

But don’t worry, there are some workarounds to get the game running on your iOS device as well. So, in this article, we are going to explain how to install or update PUBG mobile on iOS devices. You can play the Korean version of the game on your iOS device which can match players from the global ver of the game as well creating a win-win situation for the iPhone and iPad users.

Many teenagers and gamers just love PUBG because of its gaming aesthetics and addictive gameplay. Where some countries have banned the game, there are many ways to bypass such bans and download or install PUBG easily.

How to Download PUBG Mobile KR in India on iOS?

Step 1. Open the App Store and tap on the Account icon to the top right corner.

Step 2. Now tap on your account Apple ID and tap on Country/Region.

Step 4. Here Scroll down and select Korea, Republic of

Step 6. On the next page, select the payment option as None.

Step 9. Save it by clicking Done, once done the App Store will switch itself to the Korean App Store version.

Step 10. Now Close all the running tabs and open App Store, you will notice the language change to Korean.

Step 11. Search for PUBG Mobile and you will see the developer as PUBG Corporation (Unlike Tencent for Global Version)

Step 12. Once the download is completed, again change the address and other details in the App Store and you are back to normal.

Fix ‘Account Not In This Store’ App Store Error 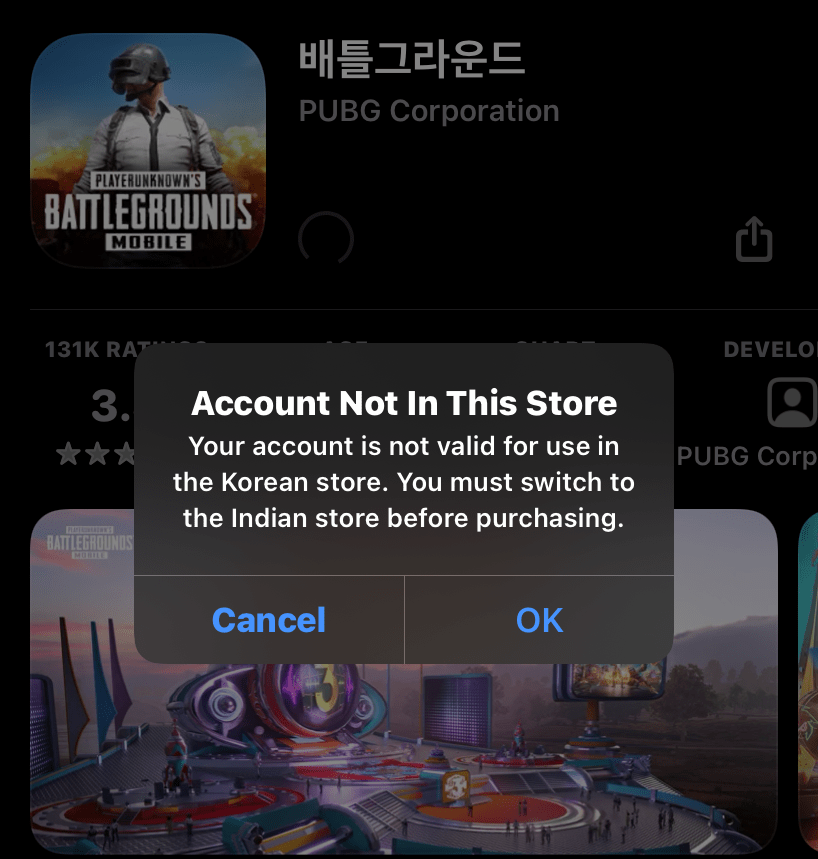 So as you can see, there are many workarounds on getting the game on your iOS device. Above all, the experience won’t be the same as previously. But it’s better than having nothing. Using the Korean version is better than playing with a VPN, especially due to higher latencies and the risk of getting banned. If PUBGM works on your network without issues, you can use the global version instead.

If you've any thoughts on How to Download and Update PUBG Mobile Korea Version on iOS in India?, then feel free to drop in below comment box. Also, please subscribe to our DigitBin YouTube channel for videos tutorials. Cheers!