Skip to content
Bypass Black Screen Screenshot Restriction and Fix Screenshot Not Working by using the Methods to Screenshot on Android when App Doesn't Allow it. 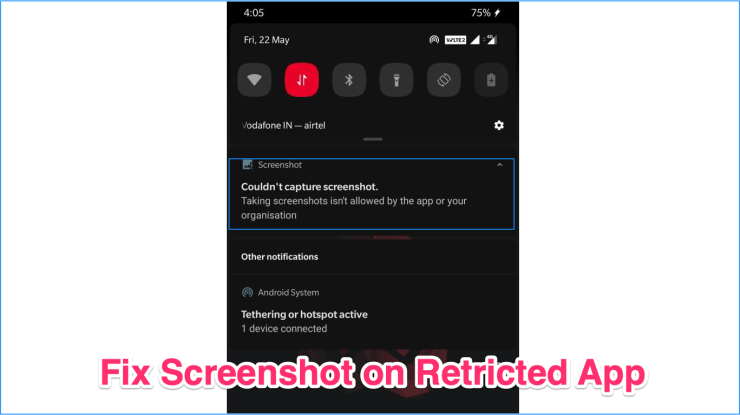 Earlier it was easy to take Screenshots on Android Phones on any app, but with the increase in security threats and privacy concerns, Android started restrictions for screen capture on certain apps. Now, if you try to take a screenshot on certain apps or services, then you are greeted with a notification stating ‘Couldn’t Capture Screenshot‘ or ‘Cannot Save Screenshot‘. You are also shown a message below the notification which states;

Taking Screenshot isn’t allowed by the app or your organisation.

Note: Taking Screenshots on apps that are not allowed may be against the good practice; make sure you are using the following method fairly and for personal use only.

All the Apps may not work with these methods. But most of the apps surely work.

How to Take the Screenshot on Android When the App Doesn’t Allow?

Before sharing any method for capturing screenshots for apps that do not allow screenshots, let me clear out one thing. We at DigitBin respect the privacy and security enforced on any app for users. This guide is just for sharing knowledge with our readers. We do not support using these tricks to partake in any malicious activities that breach the app security, data, and privacy of any smartphone user.

You can use the App Cloner app to create a clone of an app with customized settings that can help you capture screenshots without a black screen issue.

Note: Make sure the app is not an APKs bundle but a single standalone APK version of the app. If it is APKs bundle than download the single APK standalone version from the Web.

If the cloned app you created forces close or crashes, you have to enable other options under Cloning options, (try different combinations); namely, local activities, local broadcasts, and services ignore crashes and check if these options help rectify the cloner app issues.

Here is the Best Working Method to Capture a Screenshot on any app and Bypass the Restriction.

3. Now Open Taichi App and Grant all the permissions if prompted on the screen. 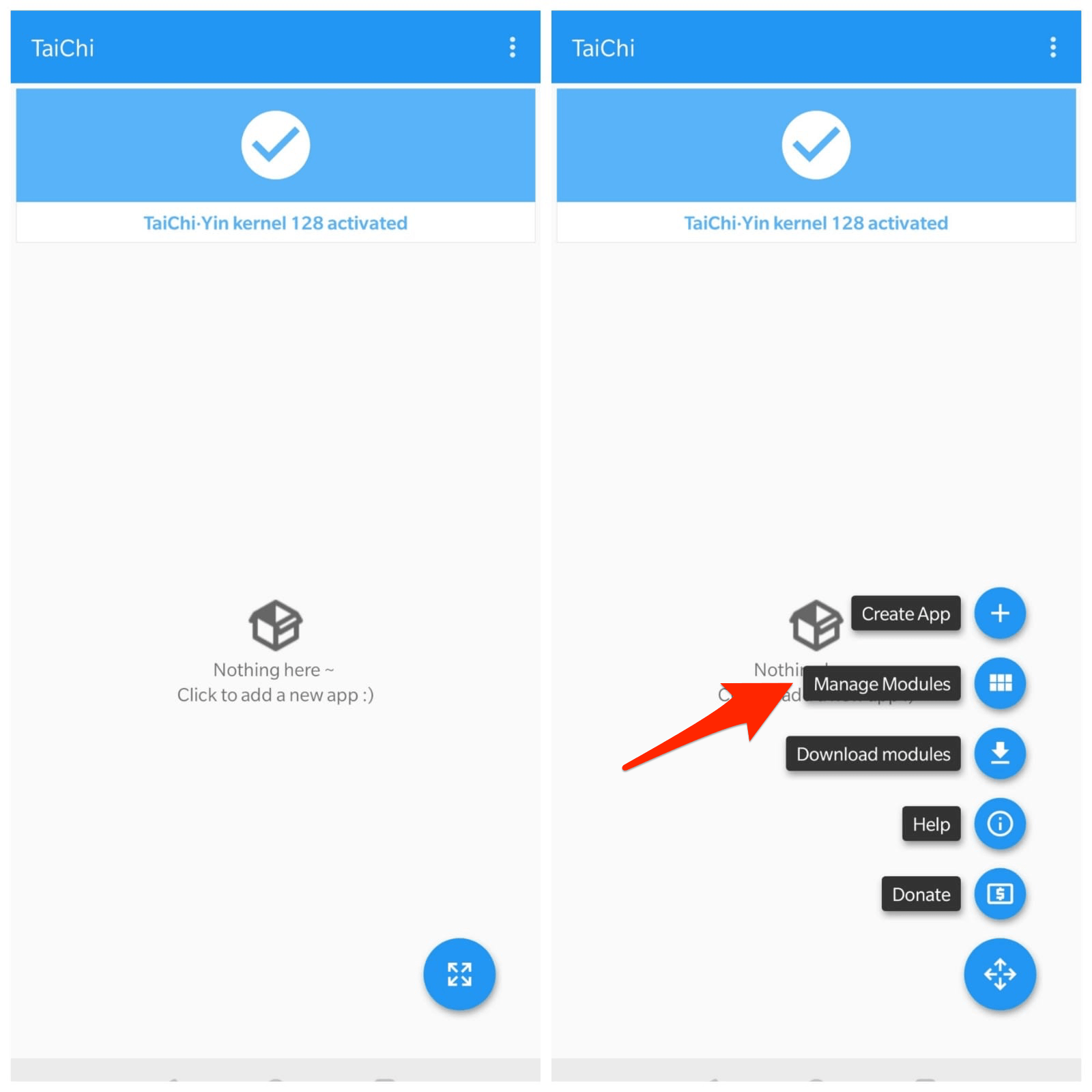 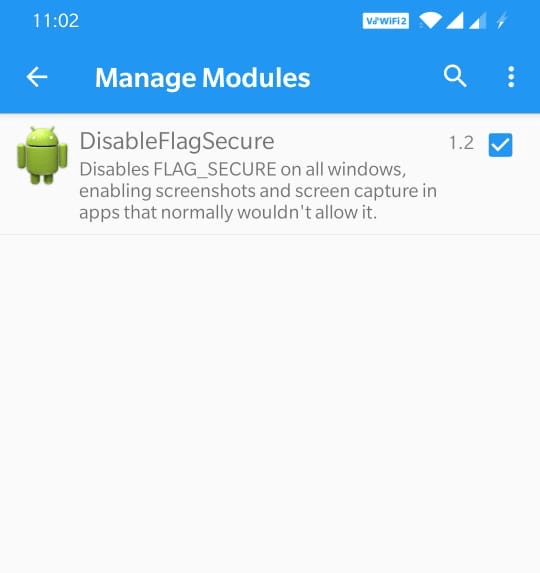 5. Now, on the Menu icon the downright and click on Create App (+)

6. Now right-check and select the app/s for which you want to take a screenshot and click Create. 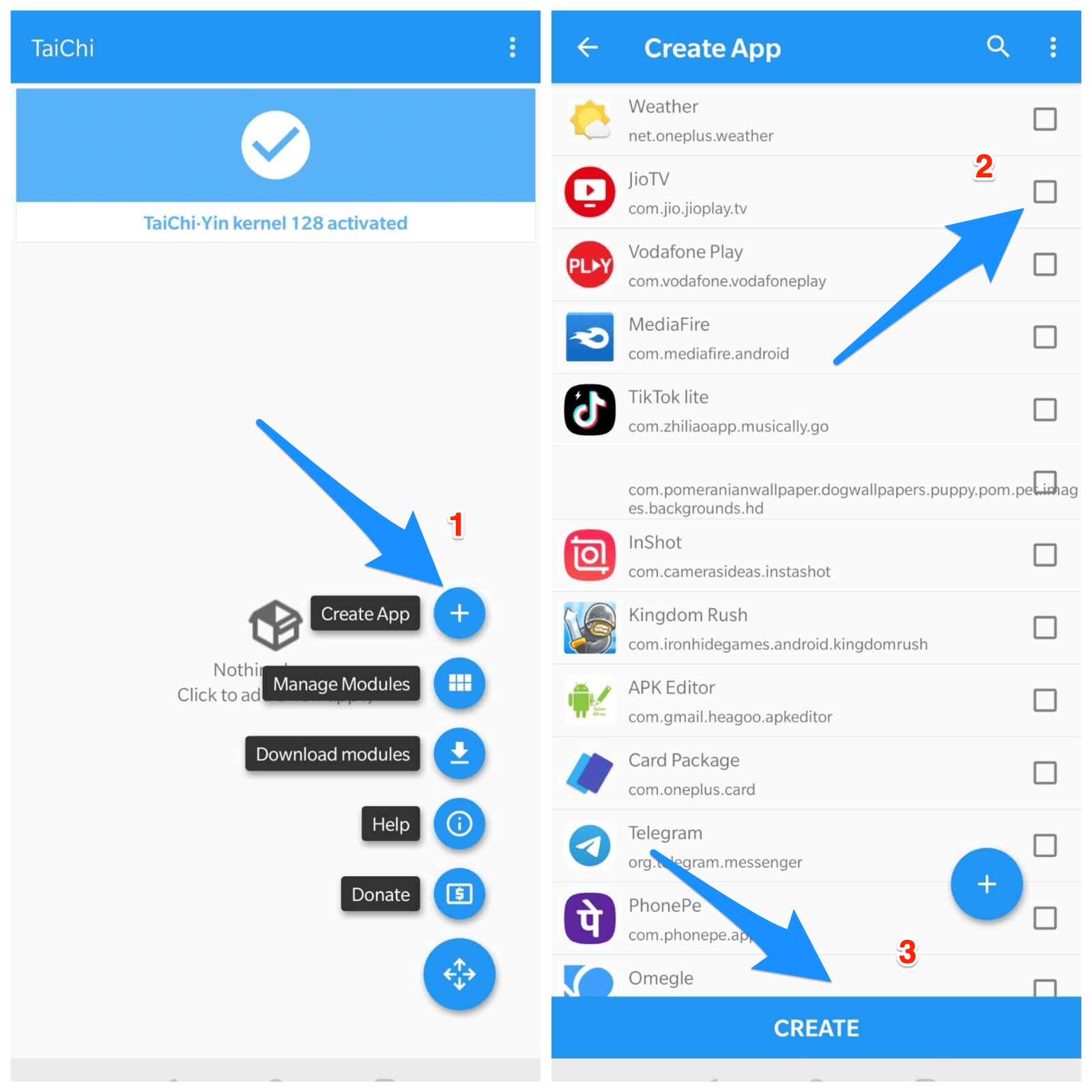 7. The Taichi will prompt you to delete the installed App, and confirm it. 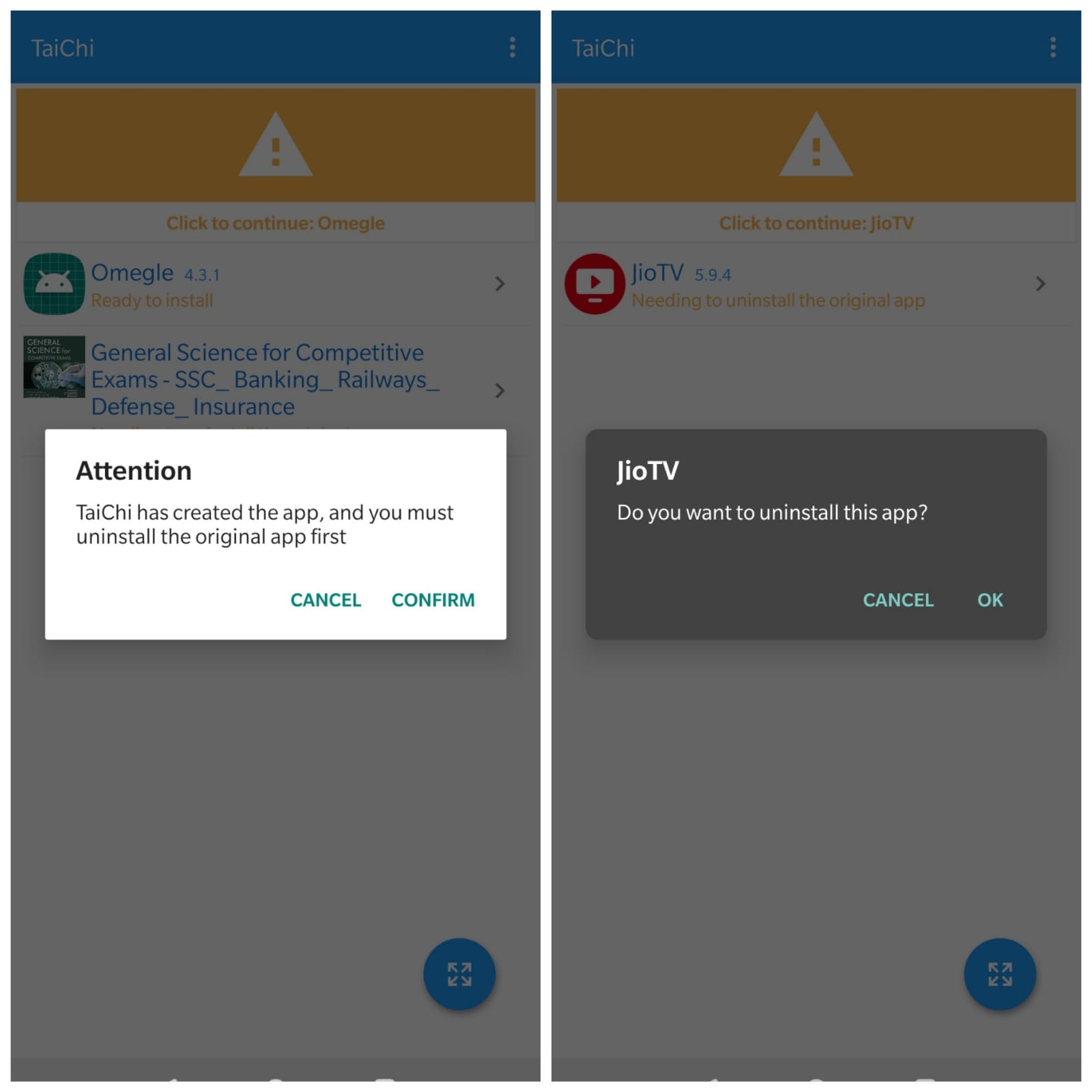 8. Taichi will uninstall the app, and a new app will be created by Taichi.

Note: You may see a message box; The app isn’t found in the list of installed apps. Don’t worry; just click OK and click on the created app to install using taichi Installer; it works. 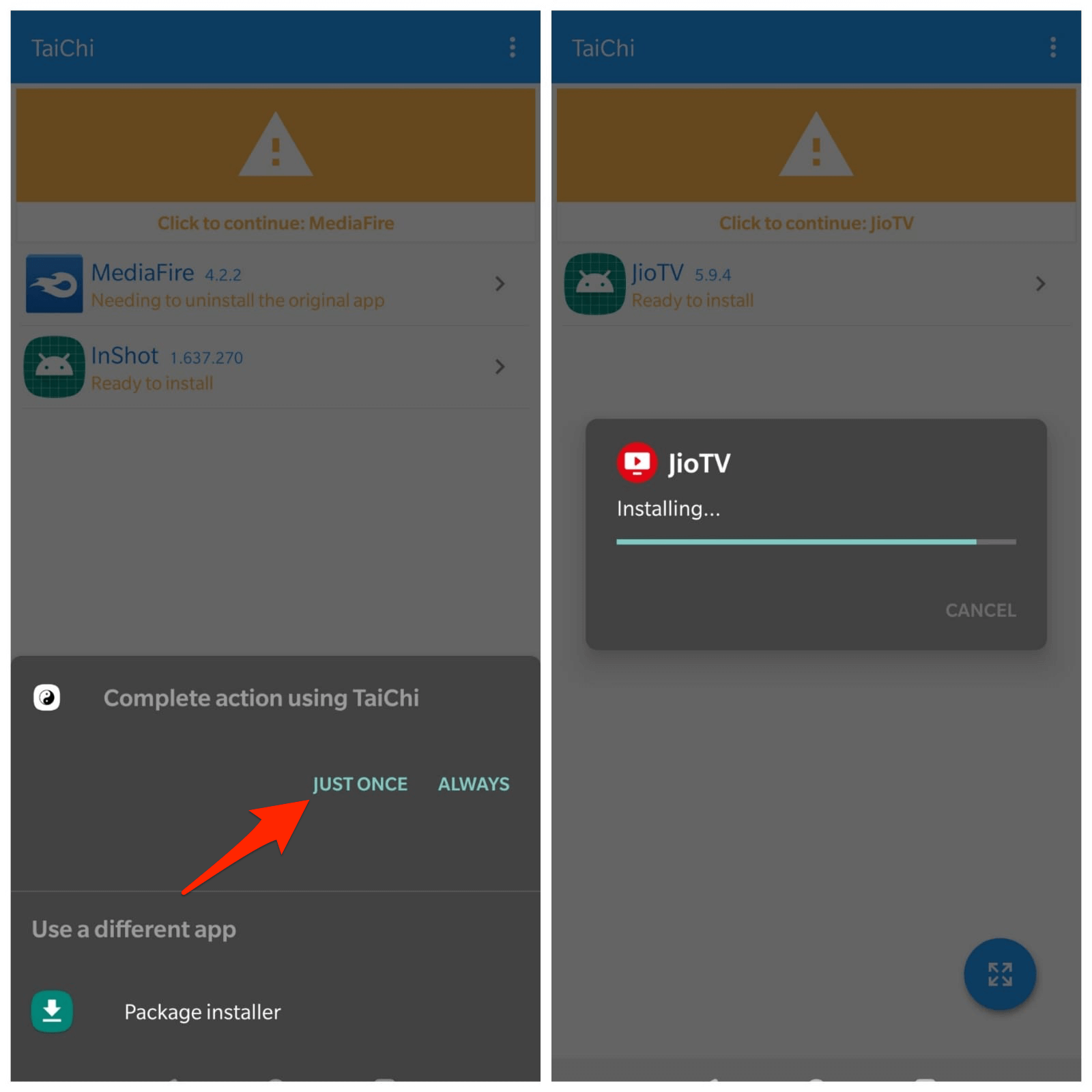 10. Now, return to back and open the App from the Taichi home screen. 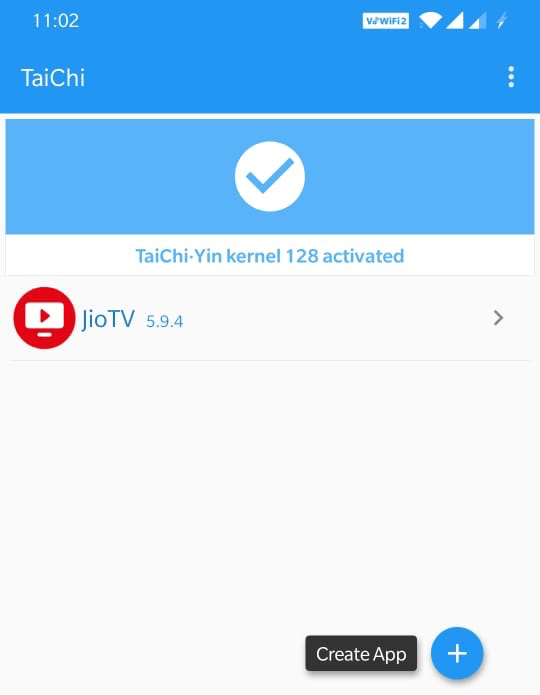 11. Done! You can now Grab a Screenshot and share it with your family and friends.

Method 3. Use Scrcpy Tool to Capture the Screenshot

Here is another easy technique that you can utilize to capture the screen of your Android device. You have to use a tool called Scrcpy to mirror your smartphone screen on the PC. Then from the mirrored screen, you have to take a screenshot. Although it may sound like rocket science, it is quite simple when you apply it.

This tool may or may not work on some apps depending upon the limitations set on capturing screenshots by the app developers.

Method 4. Use Another Phone to Take a Photo

This probably sounds like the silliest trick but it is pretty useful. In case, the content of the screen is not being captured using dedicated physical buttons, gestures, Google Assistant, or even the Scrcpy tool, then follow this method.

Whether other tricks may work or not, this one is surely going to work and you can get a high-quality image of the screen as a photo.

Other Methods to Save Screenshots on Restricted Apps

3. Now Open Virtual Exposed App and Grant all the Permissions. 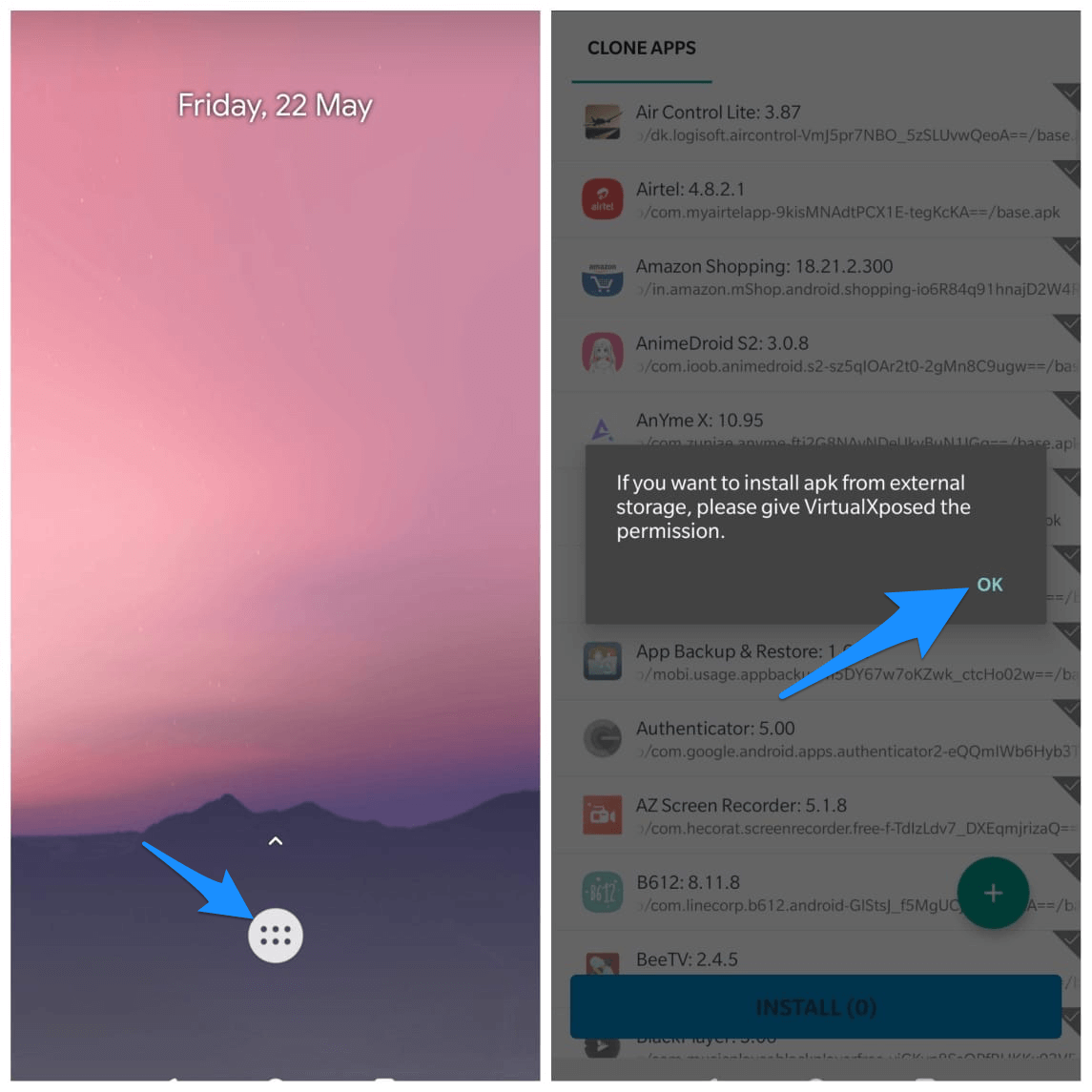 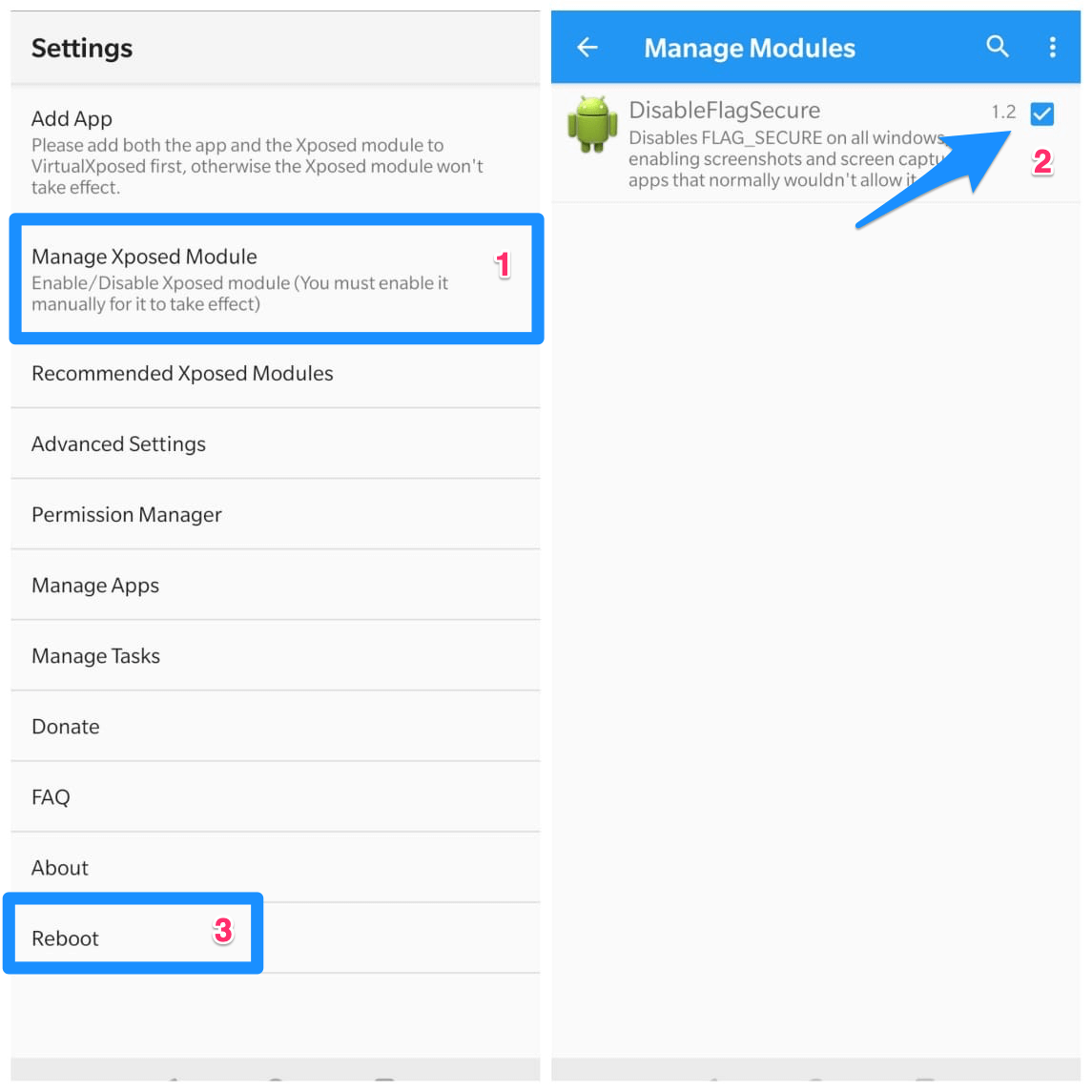 4. Now Select the App which you want to take a screenshot and also DisableFlagSecure from the app list. 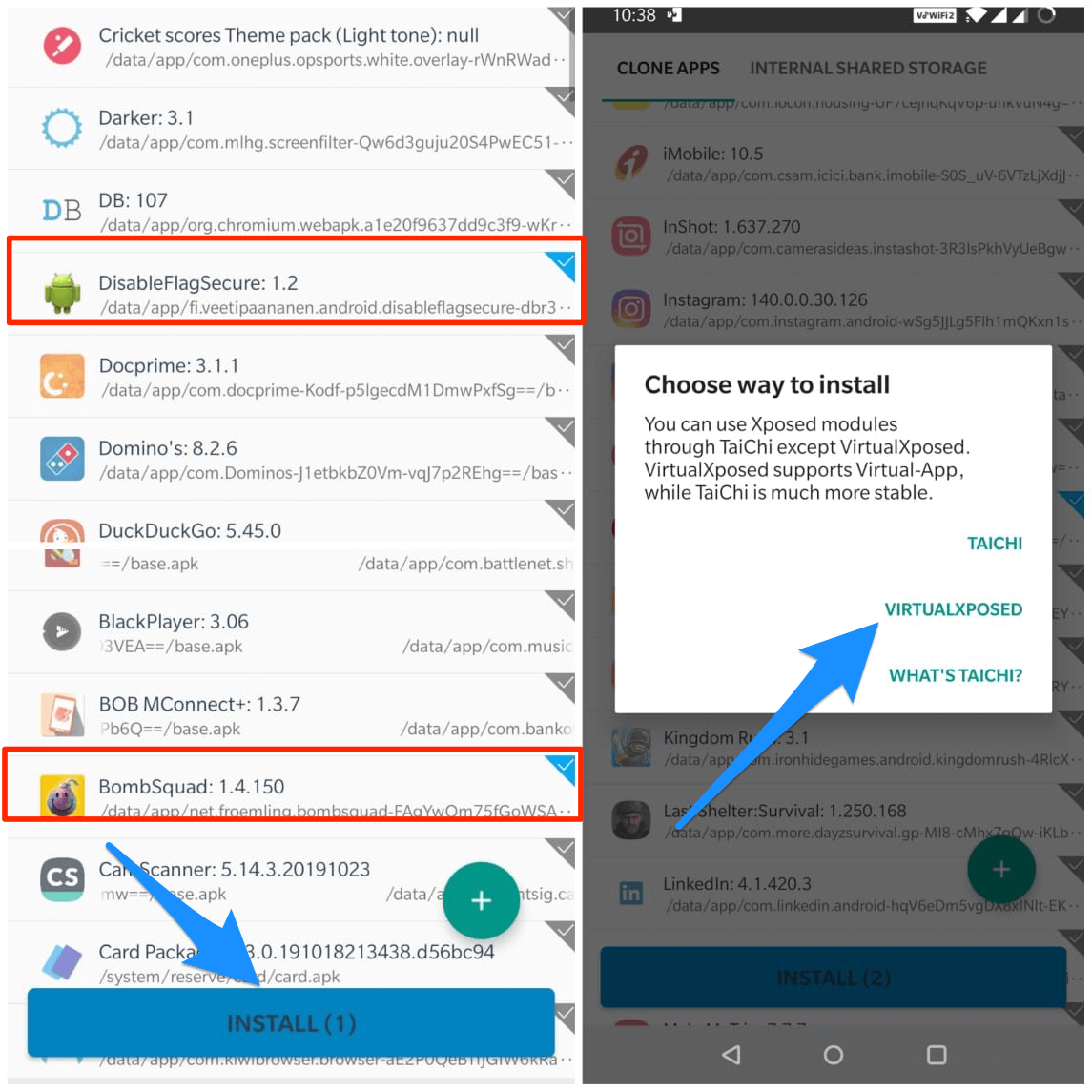 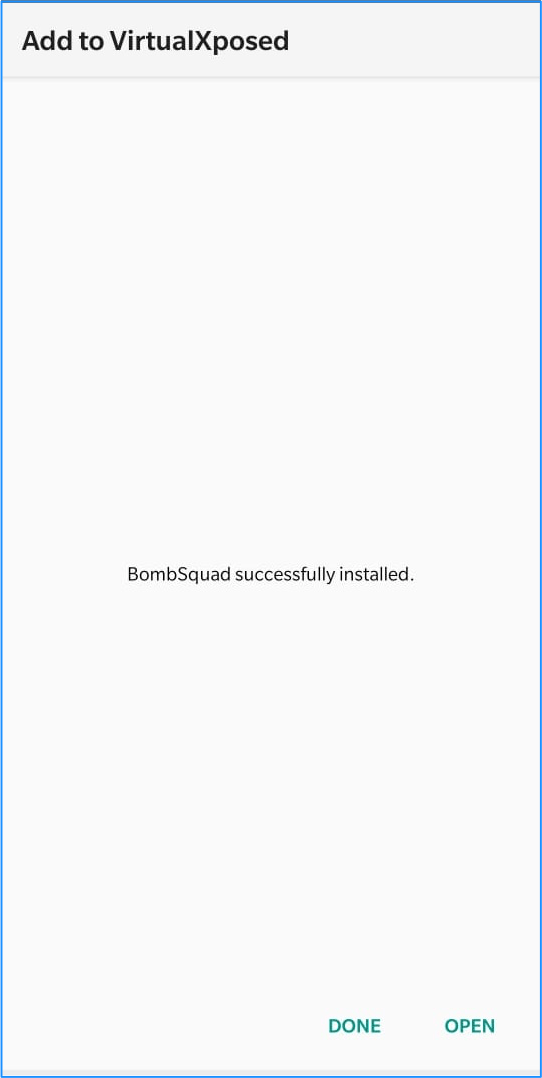 7. Done! You can now save a screenshot on the restricted app.

Other Alternatives to Capture Screenshots on Android

This generally happens when your device storage is filled. Though you may have a good amount of storage space left in your device, the error notification will show up. There is no particular reason for the same. So, I recommend you clear as much storage as possible. That is the only solution to fix this issue.

Conclusion: Due to Privacy and Security Concerns, most of the apps block screen capture. If you wish to take a screenshot of the app seriously, then the above methods will surely work for you.

If you've any thoughts on How to Fix Screenshot Not Working on Restricted Apps Android?, then feel free to drop in below comment box. Also, please subscribe to our DigitBin YouTube channel for videos tutorials. Cheers!