Skip to content
Best Android Apps to Play videos along with some excellent features. The video player App can also stream the content over the internet. 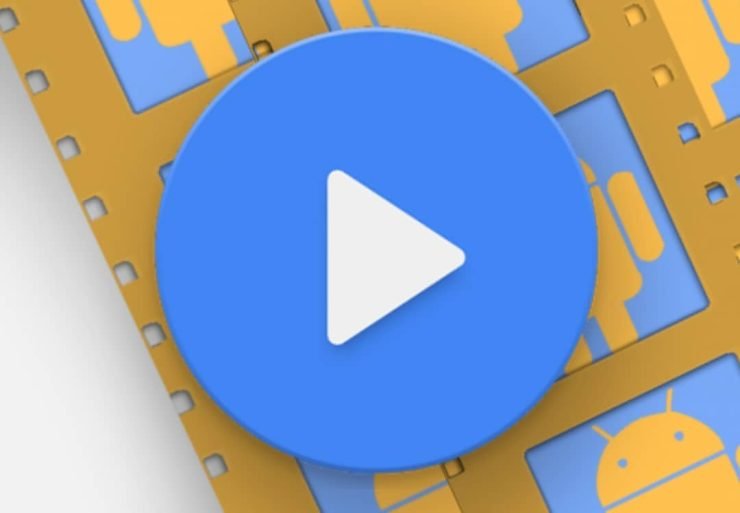 Android is one of the most popular and powerful operating systems. Google Play Store hosts millions of useful Apps which can be downloaded and used instantly. Video Players are one such popular category of Apps that are always dominated by new Apps with all progressive features. Today in this post I will tell you some of the best Android Video Player Apps for Android.

The working of video players depends on the device, its power, RAM, processing power, and playback support. High-quality videos (4K) cannot be played on Android with low specifications. Below are the top Apps to play videos on Android.

Here is the list of some of the best Apps to Play the Videos on Android supports all the formats like MP4, WEBM, MKV, 4K, FLV, AVI, MOV, WMV, etc 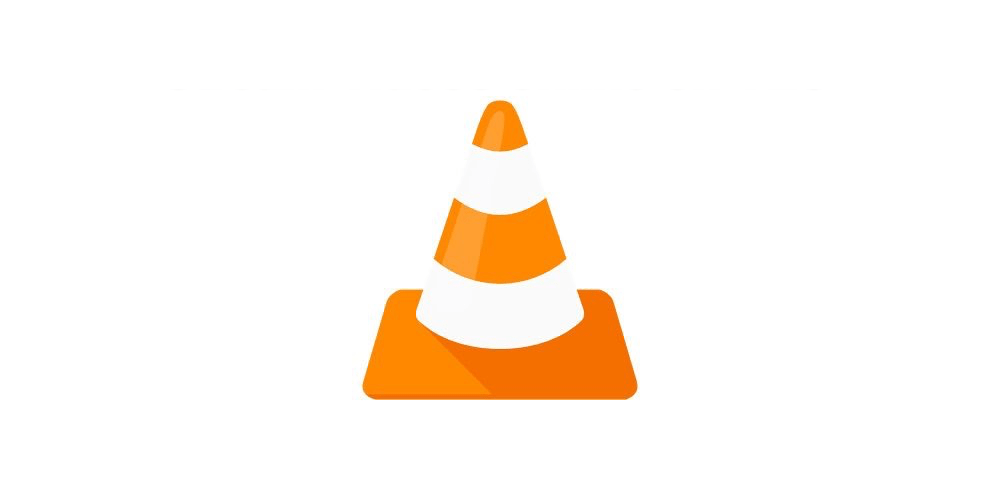 VLC Media Player is a popular open-source video and audio player which supports all formats. The App can also stream online over protocols and URL servers. The player also has audio play support with a sound equalizer, playlist, and all other features. One of the biggest upper hands of the VLC is it is completely Ad-Free with all the features for free. 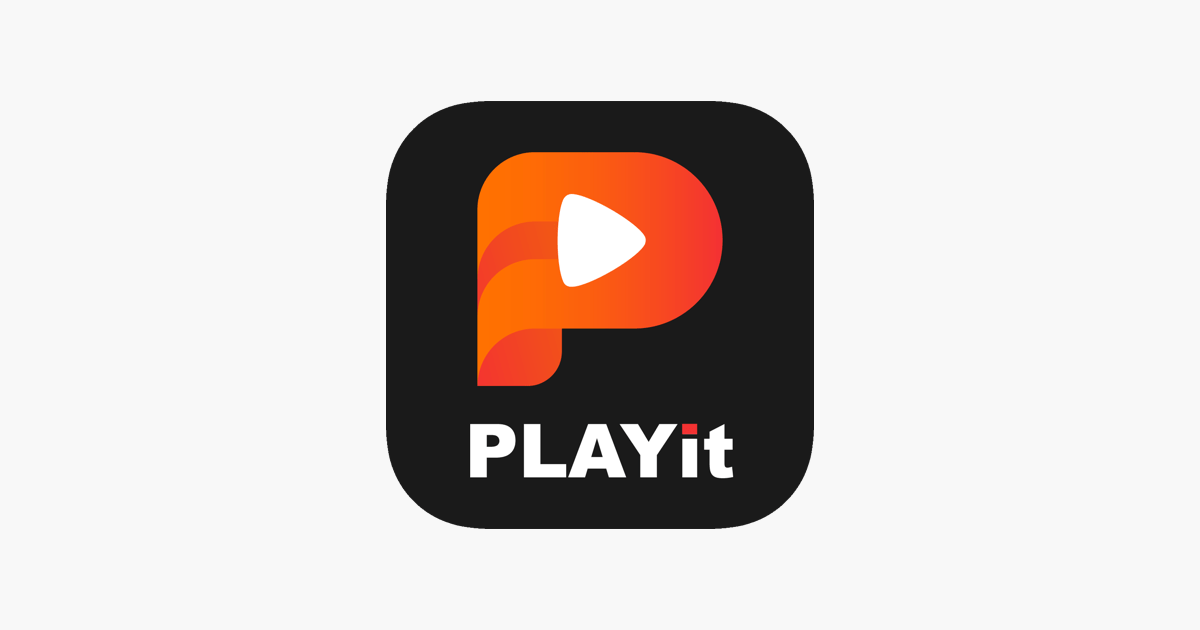 PLAYit is the most popular video player app available on the Play Store. The App offers all the features for comfortable video viewing. You can use it as a video and music player and supports all formats viz; Music: WAV, MP3, AAC, and Video: 4k, 1080p, MKV, FLV, 3GP, M4V, TS, MPG. You can watch video files on Android devices and SD cards and also use a built-in search engine for online streaming.

The list would be incomplete without the mention of a popular MX Player. With over 500 million downloads the App is video player king on the Android system. The supports all the video formats and codecs can be downloaded in case if your device needs one. The App runs on Ads but given the capability of the App, the Ads just act as a recessive factor.

The App has powerful hardware acceleration support which lets it function more smoothly with the help of device hardware rather than just relying on software. MX Player also has powerful gesture and pinch support to scroll and zoom respectively.

FX Player is a free video player that supports FHD and 4K videos. It plays videos seamlessly without compromising the quality of the videos. Not only does it have an easy user interface, but it also has several unique features. It goes without saying that it supports Chromecast. While FX Player does not have too many fancy features, it is a pretty decent app that gets the job done. With more than 5 million downloads on the Google Play Store, it is safe to say that FX Player can be trusted.

It has some in-app purchases that a user can make to get rid of ads, etc but the free version is good too.

XPlayer is another video player with 4k video support. The App has all the codecs preinstalled so you do not need to work around playback issues. The App supports hardware acceleration and gestures. You can keep your private videos away from rogue hands with the special privacy settings of the App.

XPlayer is a simple yet powerful app if you wish to try any App other than the stock then I recommend you to go with XPlayer. 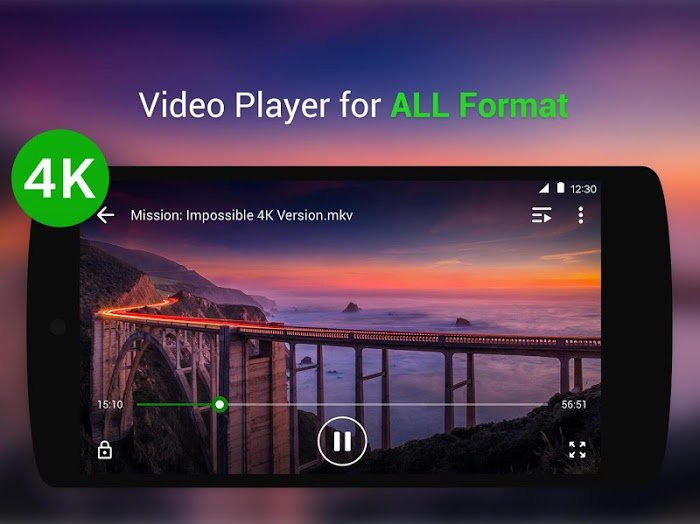 Video Player all formats is a simple yet beautifully designed Player App available on the play store. The App supports all the formats and you can also use the App as an audio player. The App has some cool features which are generally lacked in popular video player Apps.

Features of Video Player all Formats

Wondershare Player is an all-in-one Video Player & Video Discovery to “Discover latest videos to watch online & offline”, no need for other players or codecs. You can stream the local media or content from the remote server. The App supports all the online video streaming formats and audio codecs. You can even access the video on the big screen without any could upload with the help of the UPnP/DLNA control point.

BSPlayer is another popular video player app for Android with hardware acceleration and multi-core video playback support which enhances the video play performance on mobiles and tablets. The App supports various different codecs but you need to download them separately which will be notified by the app in case needed. BS Player also supports USB host or OTG and will directly scan the external source for any available videos. 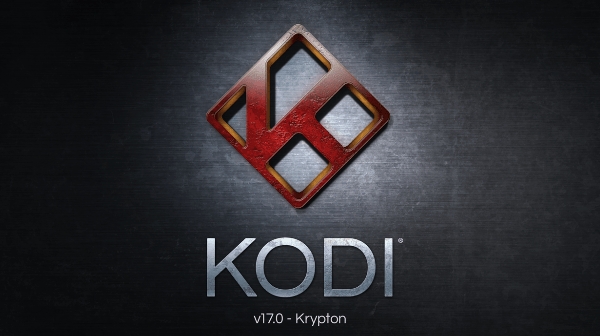 XBMC is a media player which organizes a library of media. So usually you need to place your media into the library first and then you can access them on your device.

Generally, Kodi itself does not host any files but any 3rd user can create a repository file host. Kodi users can install the repository addon on their devices and access entertainment at ease.

The App is the best place for watching TV shows, movies, sports programming, music, live TV, images, and much more.

KM Player is an amazing video player that supports a wide range of video and music formats. The video player has more than 10 million downloads on the Google Play Store. Like many video players, it enables users to cast videos on their TV through Chromecast. KM Player also allows users to play media stored in various Cloud storage platforms like Google Drive and Dropbox. KM Player is no VLC Player but has some incredible features.

KM Player has a VIP subscription feature too that has premium features like cropping audio and video, mp3 converter, VIP themes. Overall, KM Player is worth a try!

GOM is a simple yet beautiful free player. The GOM is a popular software developer which also has other useful Applications. And one such popular application is GOM Media Player. You can set the sleeper mode feature to stop the videos after a specified period of time.

PlayerXtreme Media Player, one of the most popular multimedia players on multiple platforms, includes Audio Player, Video Player, and Streaming Player. Using this Free Media Player, you can watch or listen to your content in any format from your device.

However, it offers charming audio and video results no matter where you are. Therefore, you can download PlayerXtreme Media Player and start watching your favorite content using it. Moreover, in my opinion, if you are an android user, then this media player is the best free option available for you. 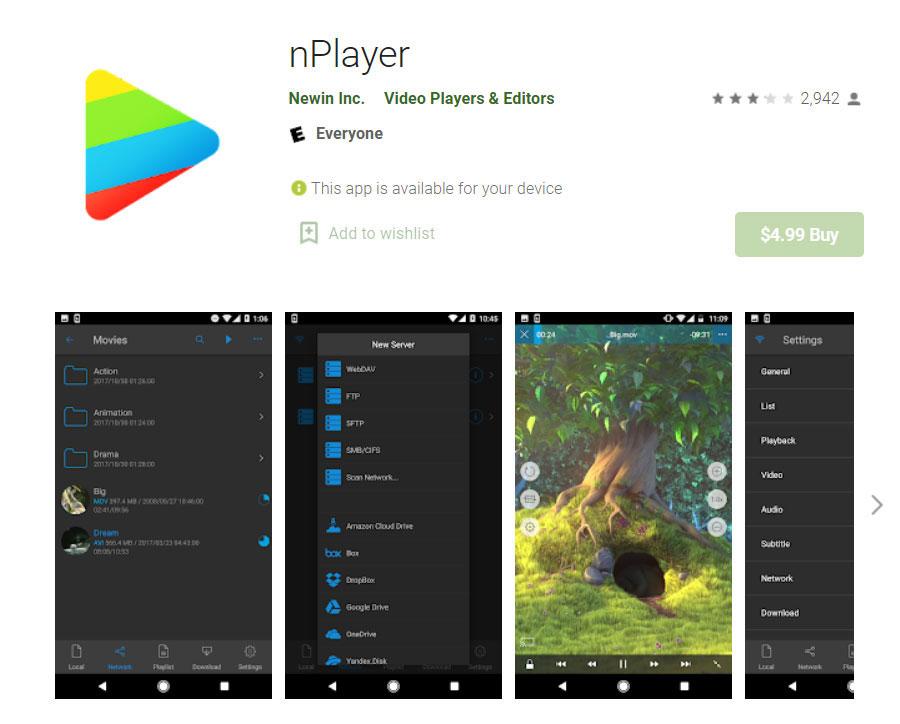 nPlayer is extremely handy since it doesn’t require you to convert video files to MP4 in order to play them on your mobile device. The media player allows you to play videos virtually in any format and codec without converting them. Further, you can adjust the playback position of the video at your fingertip thanks to its easy-to-use interface.

The user can also move to the previous and next subtitle positions. However, one of the most amazing features of this media player is that your video subtitles can be set to be located in different places and have different font sizes.

How to Fix Video Playback Errors on Android?

There is a weird relation between video playing and G+ app, most probably the G+ updates modify some system files causing the problem. Check for video file format and make sure it is with •(dot) extension.

Scroll down in the developer’s option until you see an entry under media called Use AwesomePlayer (deprecated) and enable it. If it was previously enabled disable it, and reboot your device to check for the fix.

Conclusion: With the above players you can get the best video watching experience on Android. The Apps are ranked according to their popularity and features.

I hope you liked the post. Do comment below in case if you need any help or you have any suggestions.

If you've any thoughts on 10+ Best Video Player Apps for Android | Play Local Videos or Stream Online, then feel free to drop in below comment box. Also, please subscribe to our DigitBin YouTube channel for videos tutorials. Cheers!