Skip to content
Looking to Binge on Netflix, here are the Best Web Series and Shows to Watch on Netflix Right Now and Enjoy the Content. 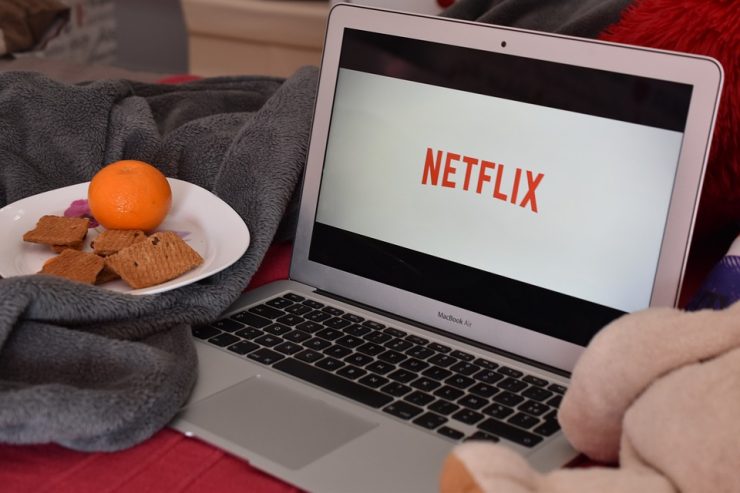 Netflix shows are a dose of escapism for many, especially, when the whole world is living with this global experiment of work-from-home and a pandemic. According to BBC, Netflix witnessed 16 million new subscribers amid lockdown. Although, we all know that it’s temporary, and even experts believe that as the pandemic carries on and people move out. There won’t be much traffic. But, regardless of the high-demand and current situation, the streaming giant continues to add newer titles to the list.

From original series like “Stranger things” to “The Crown”, Netflix has a huge catalog of TV series. In fact, Netflix is the biggest streaming media giant on this planet, catering 180 million-plus subscribers. So, to save all your time from deciding which one to watch, we have made a list of best Netflix shows for you.

With 8 out of 10 ratings on IMDb, The Umbrella Academy is first on the list with its action-packed 2 seasons and 20 episodes in total so far. The TV series is originally created by Netflix, and recently became the first scripted show to achieve the huge milestone of being at a top of the daily list.

The daily list is Netflix’s newly established Top 10 feature list, indicating the dominance of shows on a weekly and monthly basis. The show is available in the English language, with genres like Dark Comedy, Drama, Science Fiction, Fantasy, etc. The storyline is great, featuring a family of child heroes, that has now grown apart and must reunite to protect the world.

Just after its debut on Netflix on July 26, Shameless backed the first place on the Top 10 feature list of Netflix. The show has similar 8 out of 10 ratings on IMDb and stayed at the first place of the list for 5 consecutive days. Genres followed by the show are Drama and Comedy-drama, and it also received multiple awards for outstanding co-ordination and Art. Despite high competition from new shows, Shameless season 1 currently holds a good position on Netflix’s list.

World’s Most Wanted is Netflix’s original series that is among the Top 10 list of Netflix series. The show has a 7.2 out of 10 ratings on IMDb, and the genre is television documentary. Trailer is enjoyed by thousands and shows how the 5 biggest criminals avoided capture despite massive rewards and global investigations. Rest, the trailer is full of suspense, action, and excitement. So, in our view, the World’s Most Wanted will be worth watching.

The Seven Deadly Sins is a Japanese cartoon series counting after Shameless and World’s Most Wanted on the Netflix’s Top series list. Well-perceived by the audience and written by the popular Japanese manga artist Nakaba Suzuki, the series falls under Fantasy and Adventure fiction genres. Currently, nicely placed on the list, we believe that this cartoon series will soon make to #1.

5. The Legend of Korra

The Legend of Korra is a popular follow-up series to “Avatar: The Last Airbender”, a series that was on Netflix’s Top 10 for 61 consecutive days. With 8 out of 10 ratings on IMDb, The Legend of Korra is about to hit this milestone as well. The storyline is great and says all the Avatar Korra fights are necessary to keep the Republic city safe from the evil forces of both the spiritual and physical world.

Trailer: “The Last Dance” 10-part documentary on Michael Jordan and the Chicago Bulls

The Last Dance is a stunning portrait of popular Basketball athlete Michael Jordan, allowed to film by Chicago Bulls in the fall of 1997. The show was made to Netflix’s Top 10 list recently and is expected to stick to its position for quite a while. Directed by Jason Hehir, the show is still making headlines as Michael Jordan’s ‘Last Dance’ car sold for $200k in real. So, for all the sports fans, the show is worth the watch.

Teenage Bounty Hunters, a popular Netflix show that has been on Netflix’s Top 10 for only 7 days, has a 7 out of 10 ratings on IMDb. According to people, the show is a ‘gem’ and a potentially hipped show to again bag a good position on Netflix list. Although, the show enjoyed a good six-day duration of being on third-position. Rest, we encourage you to give this a shot, as the show is said to be good for teenagers.

(Un)Well is the documentary series focusing on the wellness industry and how the industry takes the promises in real. The show has 6 out of 10 ratings on IMDb and enjoyed a week in fourth place of Netflix’s list. The majority of people who are among its audience are mostly curious people who really wanted to know more about the subject. Also, the series is expected to stick with the list for more than a month now. Rest, a very strong recommendation by us.

Selling Sunset is a television reality show that has an IMDb rating of 6 out of 10. The show is all about rich people and how selling real estate in the Los Angeles market can be glorious. Also, in fact, the show made to Netflix Top 10 lists numerous times in the past few months, and even this time, it’s in the Top list again. Want to know how rich people live in Los Angeles? This show won’t be a disappointment in our view.

Sugar Rush is an American cooking show that focuses on baking best-tasting sweets, with teams racing against the clock. The show has 7 out of 10 ratings on IMDb and reached on a good place of Netflix’s Top series list. Judged by Candace Nelson and Adriano Zumbo, the show is being loved by audiences on Netflix.

So this was all regarding the best Netflix shows and series. The shows and series are listed based on the popularity list on Netflix. If you find this article helpful, do let us know in the comment section below. We would love to hear that.

If you've any thoughts on 10 Best Netflix Shows in 2020, then feel free to drop in below comment box. Also, please subscribe to our DigitBin YouTube channel for videos tutorials. Cheers!