Skip to content
Here are the best Emulators to Play PUBG Mobile on Windows 10, 8, 7 and Mac computer PC and enjoy the game on the big screen. 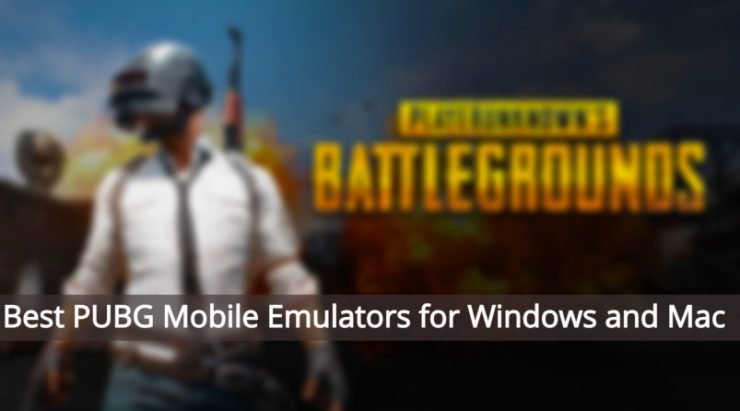 PUBG is the most popular Multiplayer Online Battle Arena (MOBA) game. PUBG Stands for PlayerUnknown’s Battlegrounds which means unknown players fight in a battle royal mode. The players may either fight as a solo member or in a small group with the winner being the last man alive. The success of the game led to the development of many other similar battle royale games one popularly being Fortnite. The game is free to download from Google Play Store for Android.

Tencent the publisher of the game regularly releases updates related to improvements and new features for the game. The PUBG is compatible to play on Xbox One, Android, iOS, and Windows with Play Station 4 support in the near future. Tencent also released a lite version of the game for smartphones with mid-range specs. According to the latest media reports, every day over 20 million players hooks up to the game making PUBG the most popular and successful online multiplayer game to be ever developed.

If you wish to play the game on your Windows or Mac PC then today in this post I will give you complete details on ways by which you can enjoy the popular battle royale on your computer or laptop.

Best Emulators to Play PUBG Mobile on Windows and Mac

There is no direct App for Windows but Tencent has developed an emulator specifically for Windows. And for Mac, you need to work around to get access to the game. I will detail all the important information below.

Here are the Best Emulators to Play PUBG Mobile on PC for Windows and Mac. 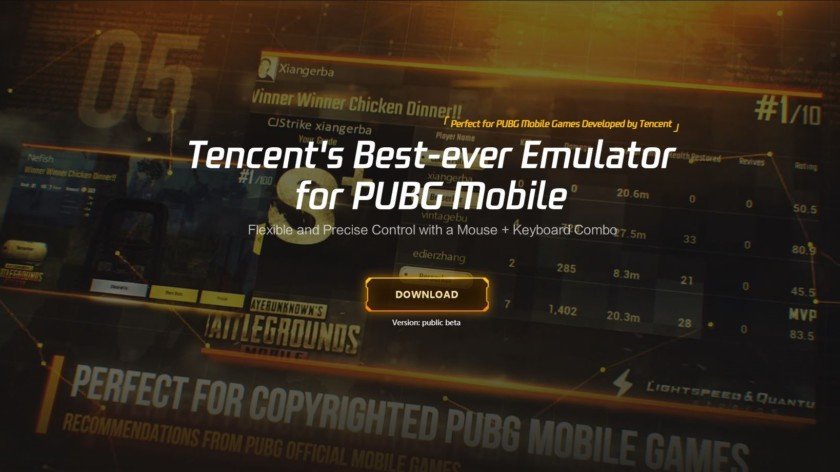 Gaming Buddy by Tencent for Windows who are also the developers of PUBG created the emulator specifically catered towards the game. The Gaming Buddy is able to handle the PUBG mobile and is well optimized to run even on low-end Windows PC. Though there is a PC version of PUBG, it is paid therefore an emulator is a very good option to play the game for free.

And also if you are on the emulator then you will only be paired with other players who are using the emulator to avoid matchmaking issues. If you are looking to play PUBG on the big screen without any issues then I strongly suggest you go with Gaming Buddy Emulator by Tencent and join 400 million other players from around the world.

How to Install and Use the Gaming Buddy? 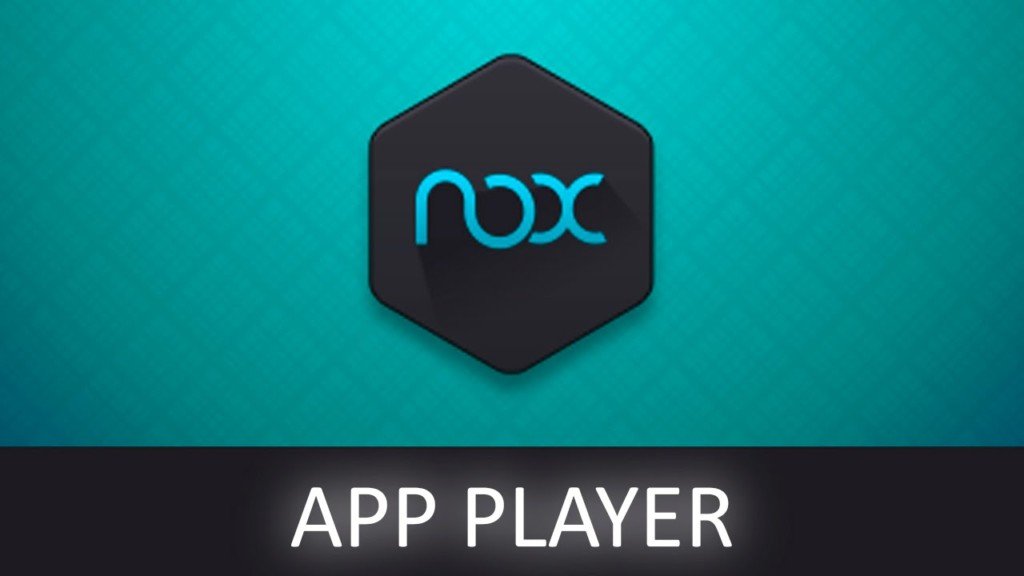 Nox Player is the of the best Android Emulator for Windows and Mac. The Emulator is designed with the only motive for playing games. Nox6 can handle high FPS games without any clutter and supports the keypad, gamepad, and scripts.

Though it may take some time for you to get acquainted with the controls, once you get along with it, Nox Player would turn out to be the best place to play PUBG on Windows or Mac. You can customize the controls in the settings and also optimize the quality in case if you feel the graphics are higher than your PC standards.

How to Install and Use the Nox Player? 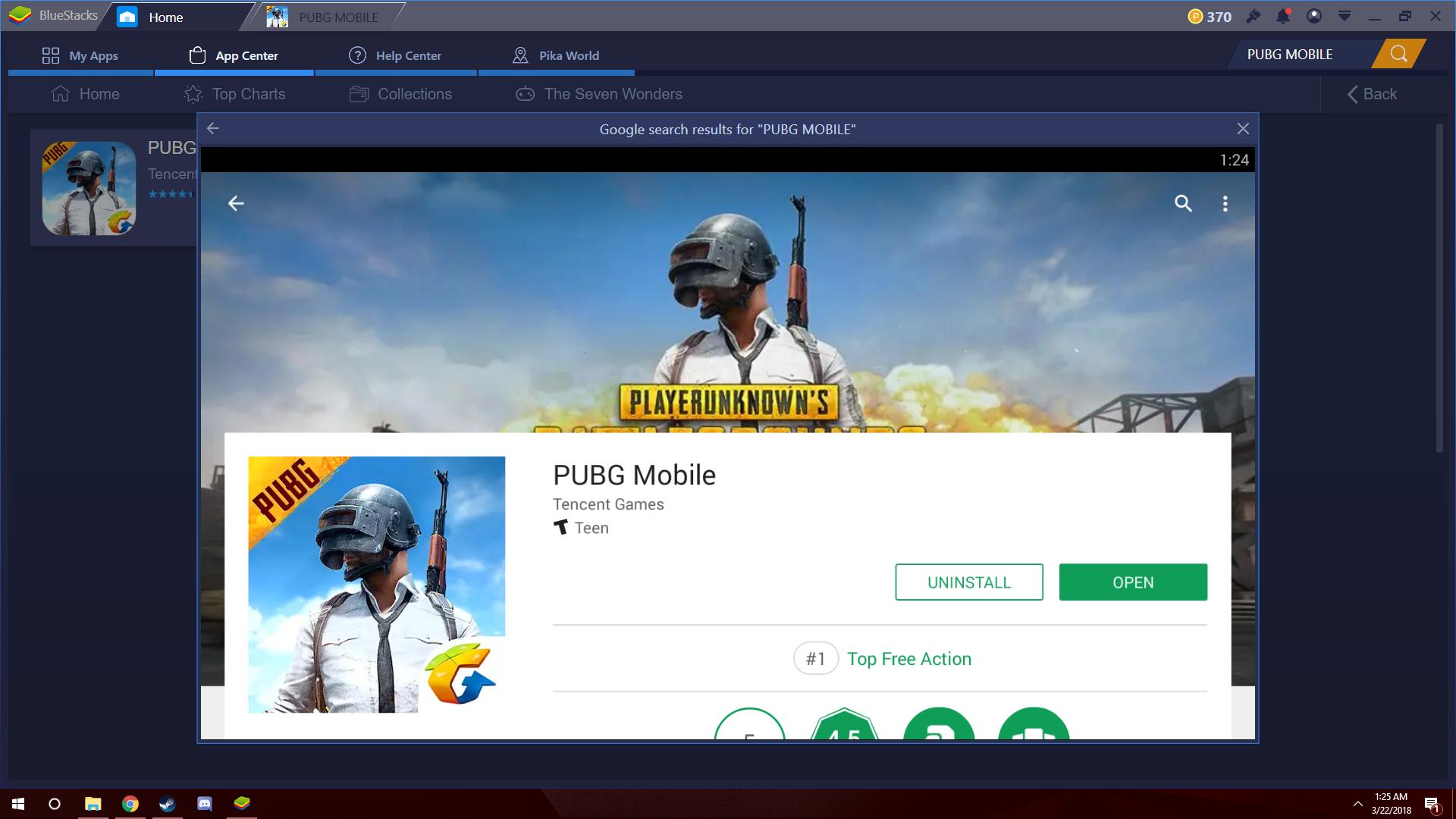 Bluestacks is the most popular Android emulator for Windows and Mac. It is one of the more balanced emulators having the right mixture of power, graphics, and processing making it the most favorable Android Emulator for PC. Playing PUBG on the Bluestacks will function smoothly as the emulator is capable enough to play high-graphics games.

Though it is preferable that your PC has good specs that are capable enough in handling the graphics. Nevertheless, the Bluestacks Emulator is the best and most trusted Android Client to play Android Apps and games on Windows and Mac.

How to Install and Use Bluestacks?

Remix OS Player is heavily optimized for gaming. Specifically, you can map keyboard buttons and control the game to your every comfort. The developers potentially looked onto improving the software more inclined towards gaming. It is important to note that the emulator doesn’t support AMD chipset and requires Virtualisation Technology enabled in your BIOS. The App has a very clean and fresh interface appealing to the users.

The emulator has lots of customization options for gaming preference letting the users make the most out of the Remix OS. The Game Toolkit gives everything you need to enjoy your favorite Android games on a PC. Remix OS Player is the only Android emulator that allows you to play multiple games at the same time. It runs on Android Marshmallow, unlike others who are still stuck to lollipop.

How to Use Remix OS?

MEmu is another popular Android Emulator for Windows. It is capable to play high-end games on PC with the condition it has the minimum system requirement for the MEmu Players smooth working. The emulator offers good features that make gameplay easy on PC.

MEmu allows high keyboard mapping customization making it easy for PUBG Mobile gaming control needs. The emulator can enable virtualization for your PC and it also gives great performance for integrated and dedicated graphics. It needs Windows 7 and above with a dual-core processor and decent graphics card for handling games like PUBG.

How to Use MEmu Player?

LDPlayer is an emulator designed for playing mobile games on Windows. Play games with keyboard and mouse. The simulator lets you operate simple and conveniently Seckill your opponents. LD has powerful compatibility with various types of games with smooth control, stable and efficient operation. You can run multiple games at a time without any process kill.

PrimeOS is not an emulator in itself but an Operating System that boots itself after creating a partition in the computer storage. So, you will see dual-boot options when you boot your PC, Windows OS, and PrimeOS. The interface of Prime OS is very clean and clutter-free having a nice feel of a desktop with the power of Android. Being an OS it integrates very well with the system hardware thus giving an upper hand compared to the emulator system which needs to be responsive according to the system.

For gaming, there are some dedicated features like the Decapro key mapping tool, custom control settings, a dedicated gaming center to manage your games, CPU & GPU support tools, and more. The OS is capable of running all hardcore games like PUBG Mobile smoothly due to its deep bond with the hardware. Also, Opengapps are included, no need to install them manually. Therefore, you can access all the Google Apps along with its services on the desktop.

Conclusion: With the emulators above you can play PUBG Mobile on Windows and Mac. The Emulators work fairly smoothly but it is preferable you play the game on a computer with the latest hardware and software installed to have a clutter-free gaming experience.  Tencent Gaming Buddy which is particularly catered for playing PUBG even on low-end PC is a highly recommended emulator.

DigitBin is not affiliated with the game or software. I hope the post was helpful. Do comment below for any suggestions or support. Cheers!

If you've any thoughts on Best PUBG Mobile Emulators for PC and Mac, then feel free to drop in below comment box. Also, please subscribe to our DigitBin YouTube channel for videos tutorials. Cheers!