Skip to content
Xiaomi Released the Lite Version of its Popular SmartWatch. It is reportedly the global version of the which was launched in China in November. 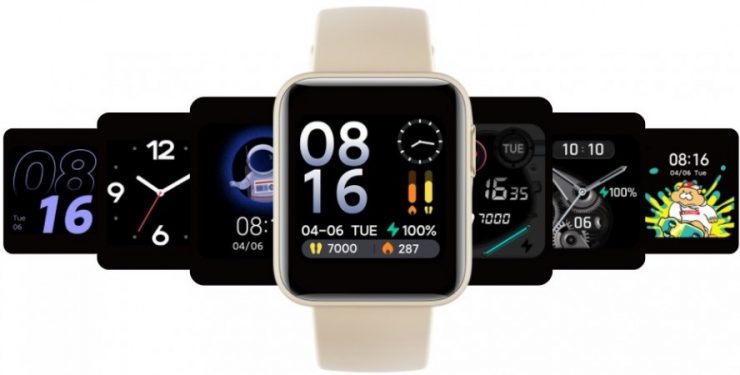 Xiaomi announced the Mi Watch lite, and the features of the watch were listed on its website. However, the date when it will become available and its exact price has not been revealed. It is expected to retail for the same price as its Chinese counterparts, but there is no confirmation from the company on this.

The smartwatch comes in Black, Pink, Ivory, and Navy Blue variants. With an impressive battery of 230 MAH that will last up to nine days, the smartwatch comes with a square 1.4 inch LCD display, eleven sports modes, and 5ATM water resistance. Talking about battery life, the battery can also last up to 10 hours on continuous GPS support, while normally it would last nine days. The watch is water-resistant up to 50 meters from the water.

The 11 sports modes consist of modes like cycling, cricket, running, swimming, trekking, and many more. The watch also comes with other features like a heart rate monitor, weather support, sleep monitor, clock and alarm support, a flashlight, breathing exercises, and music control. The watch also supports the message and call notifications. It also has 120 watch faces and several emojis for the users to choose from. The watch is also very light and weighs only 35 grams.

It is easy to use and does not take much time to charge, it can be fully charged in two hours. The square-shaped watch looks sleek and simple. It also has a 2.5D glass panel, and the buckle can be detached. The users will just have to install the Watch lite app on their devices to use the smartwatch.

Currently, it is unclear if and when the Mi Watch Lite will be launched in India. It is predicted that the watch will most likely be sold in India, due to Xiaomi’s stronghold in the Indian market.

In China, the smartwatch is priced at CNY 299, which is approximately 3,300 INR. In Indian markets, it is expected to be priced similarly. It might even be marked up in the Indian markets.

So, while the features of the Mi Watch lite are admirable the launch date and price are yet to be confirmed. The Mi Watch lite might just give the Apple Watch a run for its money.

If you've any thoughts on Xiaomi Mi Watch Lite with 1.4 display, GPS, and 9-Day Battery life Launched Gloablly, then feel free to drop in below comment box. Also, please subscribe to our DigitBin YouTube channel for videos tutorials. Cheers!