Skip to content
Here is the List of Best LG Smart TV Apps. LG runs on webOS and you can download the apps on your LG TV for Free from LG Store. 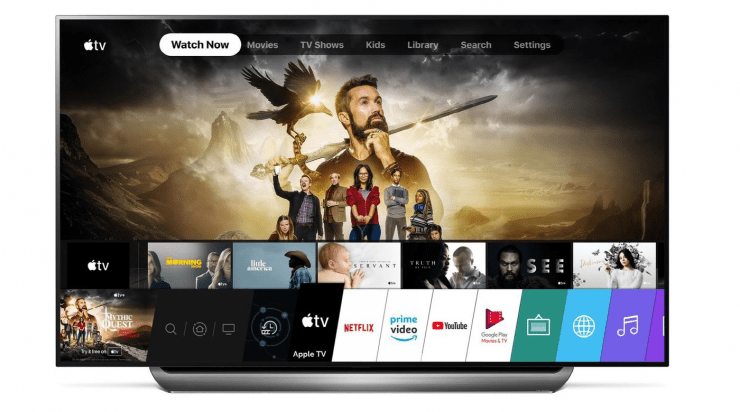 LG Smart TV is a set of Smart TV running on LG’s own Linux-Kernel webOS. The LG Smart TV comes with an LG content app store from where you can download and install the apps on your LG TV.

There are over 500+ apps available for LG TV. I have listed some of the best Apps which you can install on your LG TV. So, without any delay let us check the list.

Here are the Best and Most used Apps available for your LG Smart TV, the apps can be downloaded from the LG apps store.

One of the most used and popular apps is available for your TV. Just login with your Google Account via a code and you can access all the YouTube content on your TV for free. The interface is designed well for TV and you get all basic options to set Subs, quality, and other options on the YouTube app for TV.

One of the most popular VOD services available in the world. Netflix offers various genres of content ranging from movies, web series, originals, documentaries, anime, cartoons, shows, and more. Though you need to buy a subscription to access the content, it is a must-have App for your LG TV.

Disney Plus is a subscription-based video-on-demand that is dubbed as the biggest rival to Netflix. You get some of the hard-to-find movies on Disney Plus like Star War Series and the very popular Marvel Movies.

Since Disney bought Fox Studios you can expect a large number of movies from Disney and Fox. You get premium content from Disney, Pixar, Marvel, Lucasfilm, 20th Century Fox, and National Geographic, as well as original television series and films from Disney Channel, Freeform, and select titles from 20th Century Fox Television and ABC Studios.

Try Apple TV channels including HBO, Showtime, CBS All Access, and more. Subscribe to just the channels you want and share with your family. Channels play in the Apple TV app ad-free, online or off with no additional apps, accounts, or passwords needed.

Amazon Prime Video an incredible streaming service with apparently 17,000+ titles on their platforms. It is older than Disney+ and has more rights for local content. Subscribing for Amazon Prime Video can get you all popular shows like The Boys, Flea Bags, The Americans, kids shows, documentaries, and much more content.

Hulu has different little services to offer to its subscribers when compared to Disney+. The services of Hulu into Live TV started in 2017, prior to that it just use to host a series of TV shows both old and new from ABC, Comedy Central, CBC, Fox, Bravo. Hulu streams content ranging from popular TV shows, classic movies, kids shows, other infotainment programs.

Crackle, a streaming service owned by Sony. Being a Sony Entertainment product you can expect a large number of movies from Sony Pictures. If you like to watch old classic content, you will adore Crackle. However, the library is not as distinct as Disney+. They constantly add more content.

Crackle is a free service available across 20+ countries that let you stream TV Shows and Movies online.

Vudu is an on-demand streaming service platform. All Vudu titles are true high definition in 1080 pixels, come with standard Dolby Digital Plus 7.1 surround sound. Basically, on Vudu, you rent movies and shows which means you only have to pay for what you watch.

The best part of Vudu is it offers full-feature-length movies in 1080p making it a very right choice for HD streaming. Vudu categorizes content into comedy, crime & suspense, action, family & kids, etc. While movies are available for rent. You can watch 1000’s of free movies with Ad support on the VUDU at, Movies on Us, and New Movies.

The service offers more than 80 channels from the US which can be directly streamed on a phone or PC without any cable box.

Are you a music lover? If yes then Spotify can turn your TV into a small music theatre with over 30 million tracks. It even lets you subscribe and edit the playlist to keep your songs organized.

Here are some of the best Apps and Games for LG Smart TV.

I will update the list in the future, so bookmark our page and check for the content.

If you've any thoughts on List of All Best LG Smart TV Apps, then feel free to drop in below comment box. Also, please subscribe to our DigitBin YouTube channel for videos tutorials. Cheers!