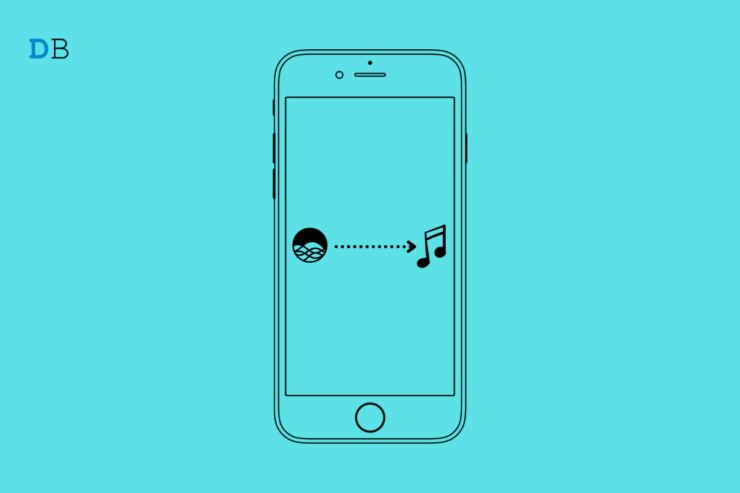 In this guide, I’m going to provide you with the troubleshooting tips to fix the issue of Siri not playing Music from the Apple music app. Apple’s virtual assistant Siri is a great tool to provide a hands-free experience across the Apple environment.

If you use an iPhone, then with one voice command, you can access apps, play music from any saved playlist off the Music app. Sometimes, users report that Siri doesn’t obey their commands. This means upon saying “Hey Siri” followed by any command doesn’t yield any result.

Normally, if Siri has been disabled across the iOS, then it is not going to respond to your voice instructions. Also, if you have installed a developer beta, then most probably, it could be a bug messing around with Siri. When you put your iPhone face down or if it is inside your trouser pocket while working out, then Siri may not hear the voice instruction.

Here are some troubleshooting tips that will fix the issue on your iPhone if you are not able to invoke the Apple virtual assistant.

It should be always your priority to update the iOS to the latest build to fix bugs and the glitches caused due to that. Doesn’t matter whether you are running developer beta, public beta, or stable version of iOS. Update the iOS on your iPhone, and this is how you do it.

After updating, try to summon Siri and check if it now plays music from Apple Music.

Here is a simple fix you can try as well. Reboot your iPhone and check if that can resolve the Siri not responding to your voice instructions.

If there is no reason other than a random snag causing the Siri to misbehave, then rebooting the iPhone should fix that for good.

3. Make Sure Hey Siri  is enabled on your iPhone

This is important, and you should check whether Siri has been enabled on your iPhone or not.

Now, the virtual assistant will show up on the iPhone upon invoking through the Hey Siri command.

4. Check if Correct Language has been Set for Invoking Siri

Although the language is set automatically on your iPhone based on your region, you still need to ensure that Siri has been allocated the correct language. Otherwise, you are commanding Siri in one language, and it has been set to respond in another language. Of course, then Siri won’t understand your voice command.

Siri supports multiple languages which are prominently spoken all through the world. So, checking for the correct language is important.

We all know iOS relies a lot on artificial intelligence to provide the user with a fantastic user experience on the iPhone. Based on this, Siri improves the way it works by observing the way you use any application on the iPhone, including Apple Music.

That allows Siri to suggest you music or understand your playlists on Apple Music. So, when you summon the virtual assistant to execute any command related to Apple Music, it will do so promptly. This happens due to the proper utilization of AI by Siri.

For that, you have to enable a feature with Siri settings so that Siri can observe and implement AI to understand the way you browse through Apple Music. Here’s how you can do that.

Is it happening that Siri is responding to your queries when you hold the iPhone and pass an instruction? Otherwise, if the iPhone is not in your hands or is upside down, Siri is not responding.

If this is happening with you, then you need to tweak the Accessibility settings and enable a feature that will prompt Siri to respond to your voice command, whatever the position the iPhone may be in.

That should fix the issues with Siri, and it will be more responsive to your commands.

7. Is Siri Able to Respond to you Even When the iPhone is Locked?

If your iPhone is locked and you are trying to summon Apple’s virtual assistant, then it may not work unless you enable a feature that allows Siri to respond to your instruction even when the phone is locked.

Here is how you can check whether this feature has been enabled within the Siri settings in iOS.

8. Enable Siri Shortcuts on the iPhone

You may use the Shortcuts app for iOS and create an Apple Music playlist shortcut. You can also use some of the other preset shortcuts meant for Apple Music. This shortcut you can place on the iPhone home screen and access it with one tap whenever you require.

9. Adding the Shortcut to the iPhone Home Screen

Now, after creating the shortcut, you have to bring it on the home screen for easy access.

In the same way, you can add other such preset Siri shortcuts to your iPhone home screen.

So, try these troubleshooting tips to fix Siri if it is not responding to your instructions to play any music in Apple Music.

If you've any thoughts on How to Fix Siri Not Playing Music from Apple Music?, then feel free to drop in below comment box. Also, please subscribe to our DigitBin YouTube channel for videos tutorials. Cheers!