Skip to content
Download New 3DS Emulator Citra APK for Android and enjoy all the Nintendo 3DS Games and ROMS on your Smartphone with virtual controls on the mobile screen. 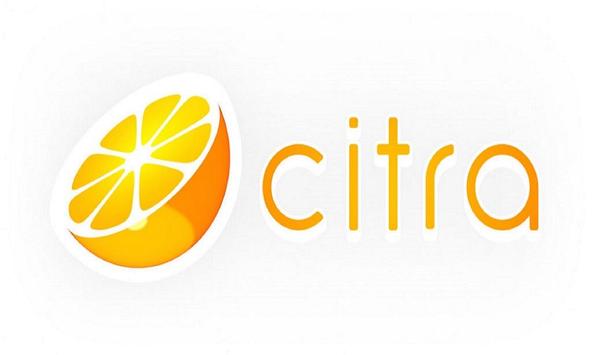 Nintendo’s DS is one of the most popular handheld gaming consoles. The 3DS gaming console has its own place among all the alternatives available thanks to its speed and capability. The 3DS was a great upgrade to its predecessors coming more power along with features like Augmented Reality, Stereoscopic 3D without glasses and Virtual Console to count for few.

The popularity of the console has made way for 3DS emulators. One such popular emulator is the Citra which is very much stable and runs all the popular 3DS games without any issues. But the Citra is a computer emulator which works on Windows, Mac and Linux. I was searching on GitHub, I found a Nintendo 3DS emulator for Android mobiles. Meet the highly experimental Citra for the Android port which could be one of the best 3DS Android Emulator.

It is not a perfect 3DS emulator for Android smartphone as it has its bugs, issues and other native problems but what makes it so impressive is it can run some titles smoothly without any concerns. But the perfect running of the game also depends on the power of your device. If you have a performance-based smartphone then Citra could play the games for you perfectly. The back-end of Citra is ported behind Dolphin Emulator’s front-end giving a smooth UI experience.

You are familiar with the emulators you may know that 3DS games need to be decrypted before using them in an emulator. Games won’t be recognized if they’re still encrypted. You can Google to find how to decrypt 3DS games. You can even get decrypted ROMs 3DS online for Citra.

The game is an unofficial port so it has nothing to do with the official Citra. Also, there is no confirmation from the Citra developers for the same, as they just said that they are working with the developer to bring the Citra to Android.

In my test, I found Shovel Knight, Crashmo, Luigi’s Mansion and Animal Crossing run pretty good while Mario 3D and Pokemon Y were worst to play. You can surely give Citra a try with all the Decrypted ROMS to check if it works well. Do not forget you need a very powerful device for the Citra to run the ROMs.

Other DS Emulators for Android

Here are some of the Best 3DS Emulators for Android to play the Nintendo DS Games on mobile.

DraStic is a Nintendo DS emulator (not a complete 3DS emulator) for Android with enhanced 3D graphics. DraStic offers the option to customize the placement and size of the DS screens with an offer for portrait and landscape modes. You can also check the emulator first with a demo version, and then install the real DS on your Android. To add to your gaming experience you can use thousands of cheat codes to tweak the game.

A good device with high graphics and processor can run 3D games very smoothly. You get the option to save and resume the play. The DraStic also saves the progress in G-Drive so you can synchronise the data and play the game on any other device from the without losing the progress.

The only issue with the App is it is a paid App without any free variant available. But if you are comfortable paying $5 then the DS games are all in your pocket with add-on controllers and physical controls in devices like Nvidia Shield and Xperia Play. 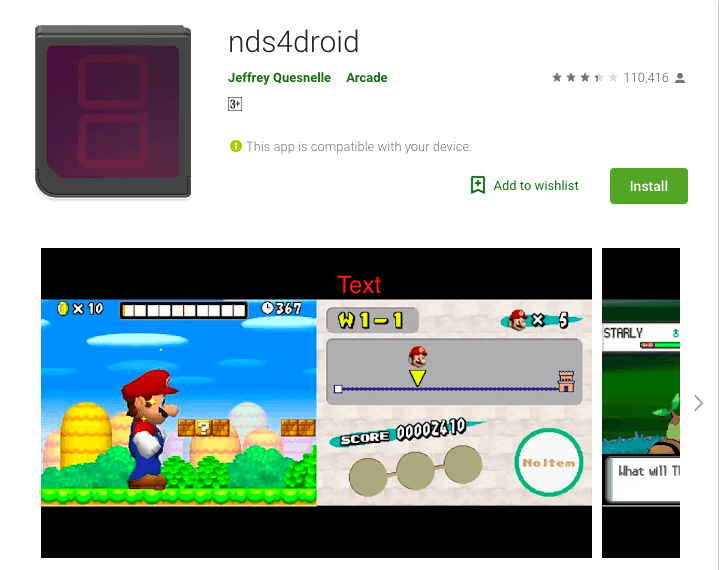 nds4droid is a free Nintendo DS (Not a standalone 3DS) emulator. The App is still in the development stage but supports many features for you to play games without any issues. It also supports the OUYA game console. It is free to use open-source DS emulator for Android. The NDS4droid is capable of playing all the popular DS games. Though you may need a powerful device to run the ROMs on Android.

The App has some decent features which like save and resume, supports a number of ROMs, virtual on-screen controls and more. As I said the App is still in its nascent stage and needs lots of improvement but you won’t be disappointed with the way it works even at this phase.

NDS is a DS emulator for Android Mobile. NDS is simple to use and easy to play simulation system which supports NDS files (.nds, .zip ..). You can save game states and resume the play.  Customise the control buttons and game screen control which are editable. The game supports Android 6.0+. You can even enjoy the game with external gamepad support. And all these features are absolutely free to try.

NDS is also one of the oldest Nintendo Emulators for Android. You get all the basic functions along with some tweaks to make the ROMs compatible with the emulator. There are ads and they are rather annoying. Though there are few bugs, they are native to certain games. A good smartphone with power pack specs can make the NDS a perfect emulator for your device.

RetroArch is a combination of emulators and supports a variety of game systems. That includes the Nintendo DS, Game Boy, SNES, Game Boy Advance, and other non-Nintendo systems. You need to install the system individually within the app. It supports OpenGL, cross-platform camera support, location support with Libretro interface. It also has no DRM, no restrictions on usage and more importantly no Ads. You can map keys, customise controls and even add cheats. It has over 90 core program files. And all more features for free without any irritating Ads, thanks to its open-source nature.

EmuBox is an all-in-one emulator. It has a material design for smooth navigation and switching between emulators. The software is not very smooth in running the games and has bugs. But you can play any older ROMs without many problems. The EmuBox houses a number of Emulators NDS, PSX emulator, GBA, GBC and NES emulator which are well optimised. The emulators have their own problems. You can plug-in any external gamepad and play the games.

Conclusion: With the Citra Port you can run the 3DS games on your Android. Though the App is still in the development phase but using the Citra port on a powerful Android mobile can let you play the game Nintendo games on the mobile which was possible on the Windows, Mac and Linux PC. You can also try some DS emulators to play the Nintendo DS and 2DS games on Android.

Note: Citra APK is an unofficial port. DigitBin doesn’t have any affiliation with the App nor it promotes illegal usage of the ROMs. It’s up to the users to use it according to there discretion.

If you've any thoughts on Best Nintendo 3DS Emulator for Android | New 3DS Citra APK for Android, then feel free to drop in below comment box. Also, please subscribe to our DigitBin YouTube channel for videos tutorials. Cheers!