Skip to content
Do you want to know about the character list on Bloodhunt? This comprehensive guide will explain the Vampire: Masquerade Bloodhunt's ultimate tier list. 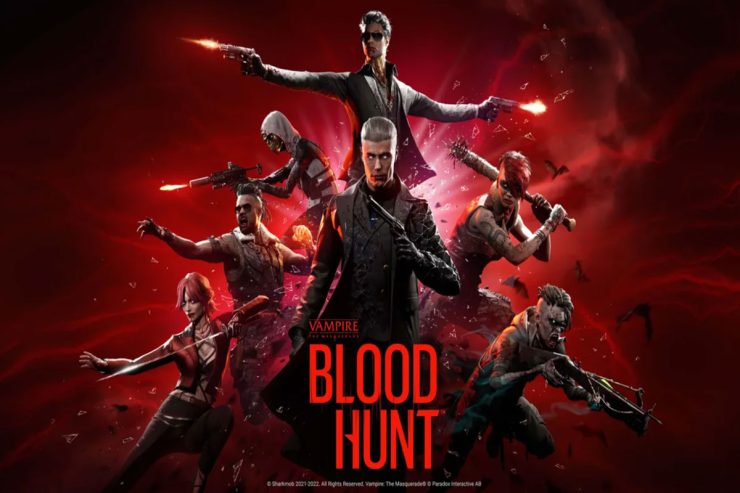 The game takes place in Prague, in the World of Darkness, on the streets and roofs of the city. There was a vampire gathering in the city, which resulted in a war between vampire sects and the involvement of the Second Inquisition. Vampires battle each other and an entity that tries to exterminate them in an attempt to survive the sect war.

What Are The Different Tier List in Vampire: The Masquerade Bloodhunt?

There are two different tier lists in the Vampire: The Masquerade Bloodhunt, i.e., archetypes and weapons. This guide further describes the different characters and weapons that fall under both these tiers. So, let’s take a look at them:

Whenever you are looking for your weapons, pay attention to these color-coded rarities:

So, now let’s take a look at the Vampire: The Masquerade Bloodhunt ultimate tier list 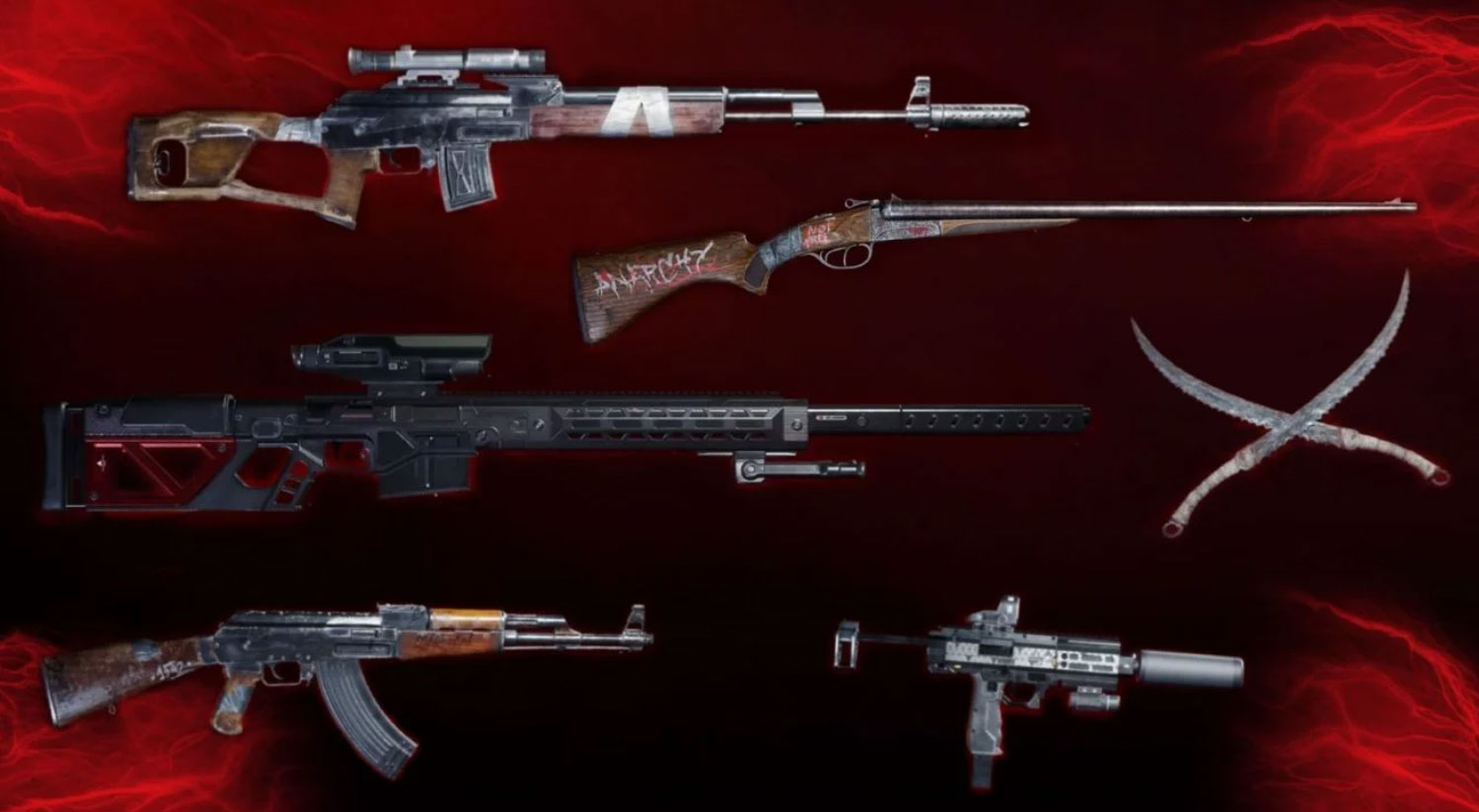 There are few weapons in this tier besides the Scourge Blades. Everyone’s favorite weapon is the Assault Rifle since it is one of the default weapons you receive when you get the Last Chance pop-up, even if you die. Moreover, it has a wide range of applications.

If you are adept at tracking enemies from a distance, you can also use Marksman and Sniper rifles. When you can’t locate a Katana, keep an eye out for Scourge Blades if your playstyle is more mobile. If your opponent does not have a melee weapon, you can dash forward with Scourge Blades and startle them. 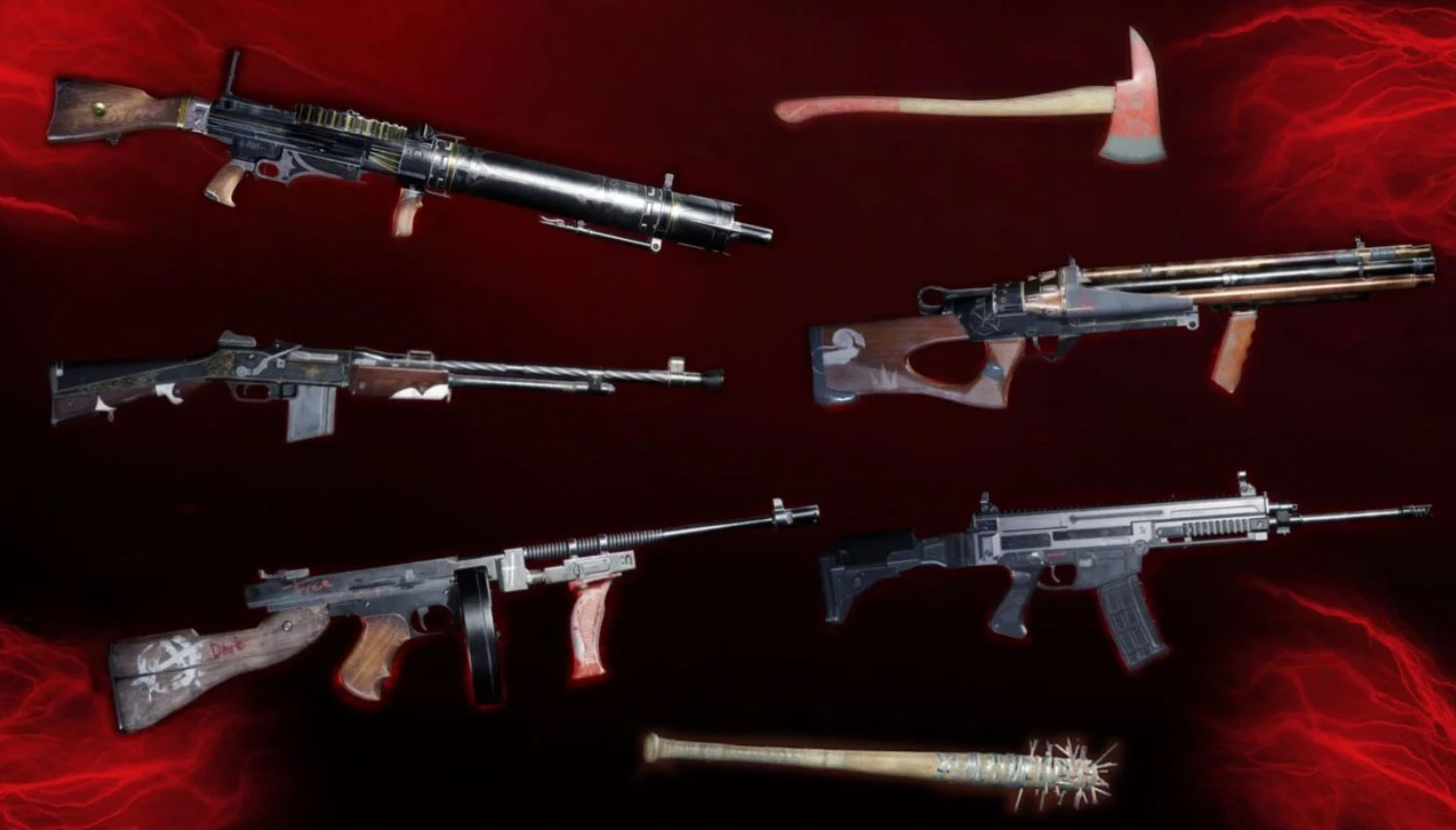 There are a lot of high-magnum weaponry options available in this B-Tier list. However, the only disadvantage is the lack of accuracy they provide. You can use the LMG and Tommy Gun for close to medium-range combat. The 9-Barrel can be a decent substitute for the Marksman or Sniper Rifle for long-range use.

However, it’s best to choose the Toggler if you want to mix semiauto with full auto. Although the magazine capacity isn’t as impressive as other ARs, it isn’t bad either. The weapon can be bumped up to near the A-Tier if you find a higher rarity Toggler.

In addition to the rare melee weapons mentioned above, you can also find the Fire Axe and Spiked Bat here. So, in case you are looking for more medium-range to long-range combat styles, you can refer to A-Tier. 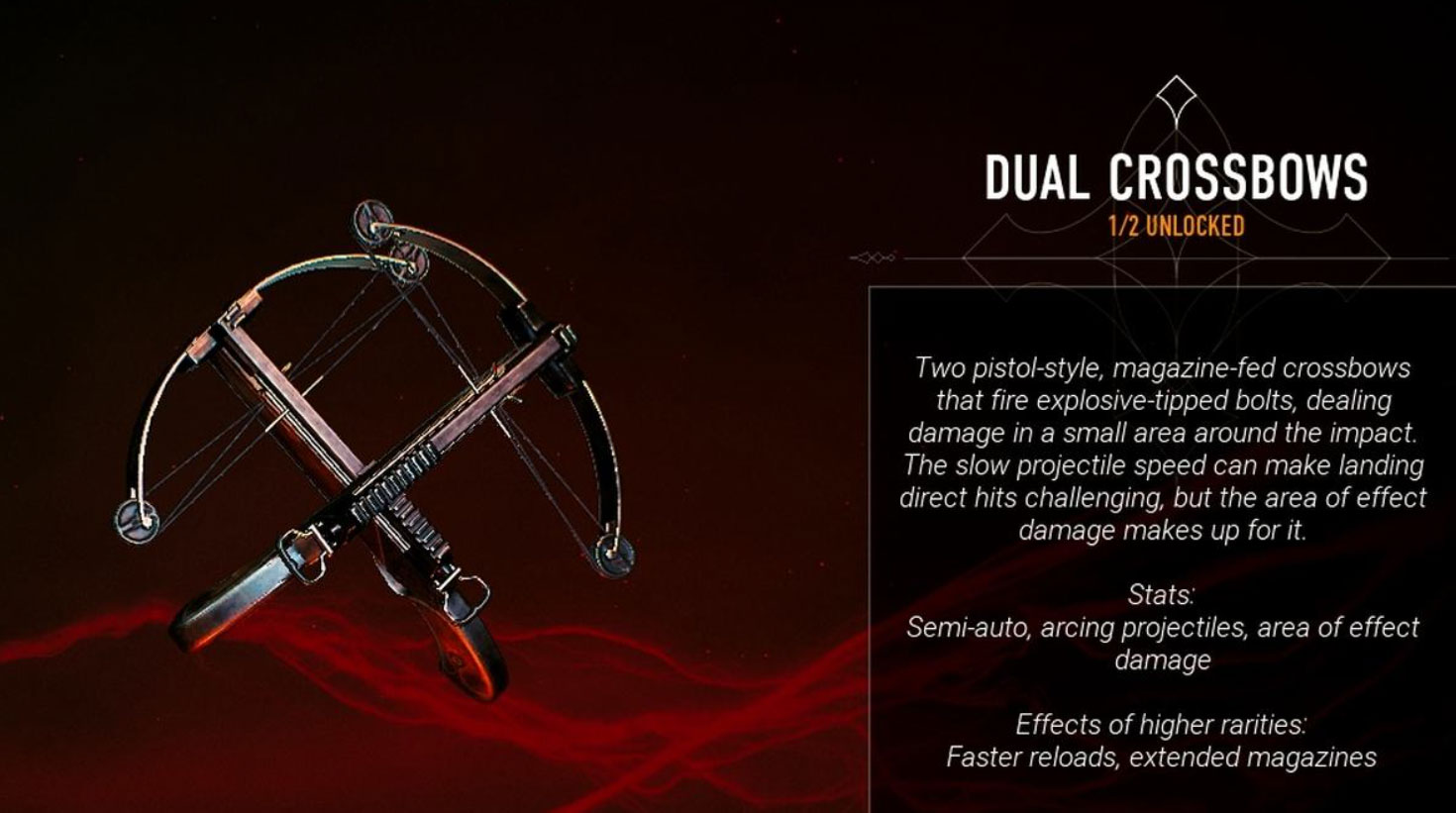 When you’re not lucky with your loot, you might find some of the weakest weapons in Bloodhunt. In the early rounds, if you could locate Dual Pistols, then you may have a slight advantage over your opponents. You’re given the Pistol at the beginning of your spawn.

If you decide to pick up a Revolver instead of a Pistol, the damage output will be higher, though the magazine capacity will be reduced. Unlike the Sewer Bomb of the Saboteur, the Crossbow emits a toxic cloud, which is mainly used for escaping.

There is no real need for the Double Crossbow to be near the B-Tier yet since it is really situational at the moment. However, using its explosive projectiles to acquire frags could be a good option if you see a firefight. 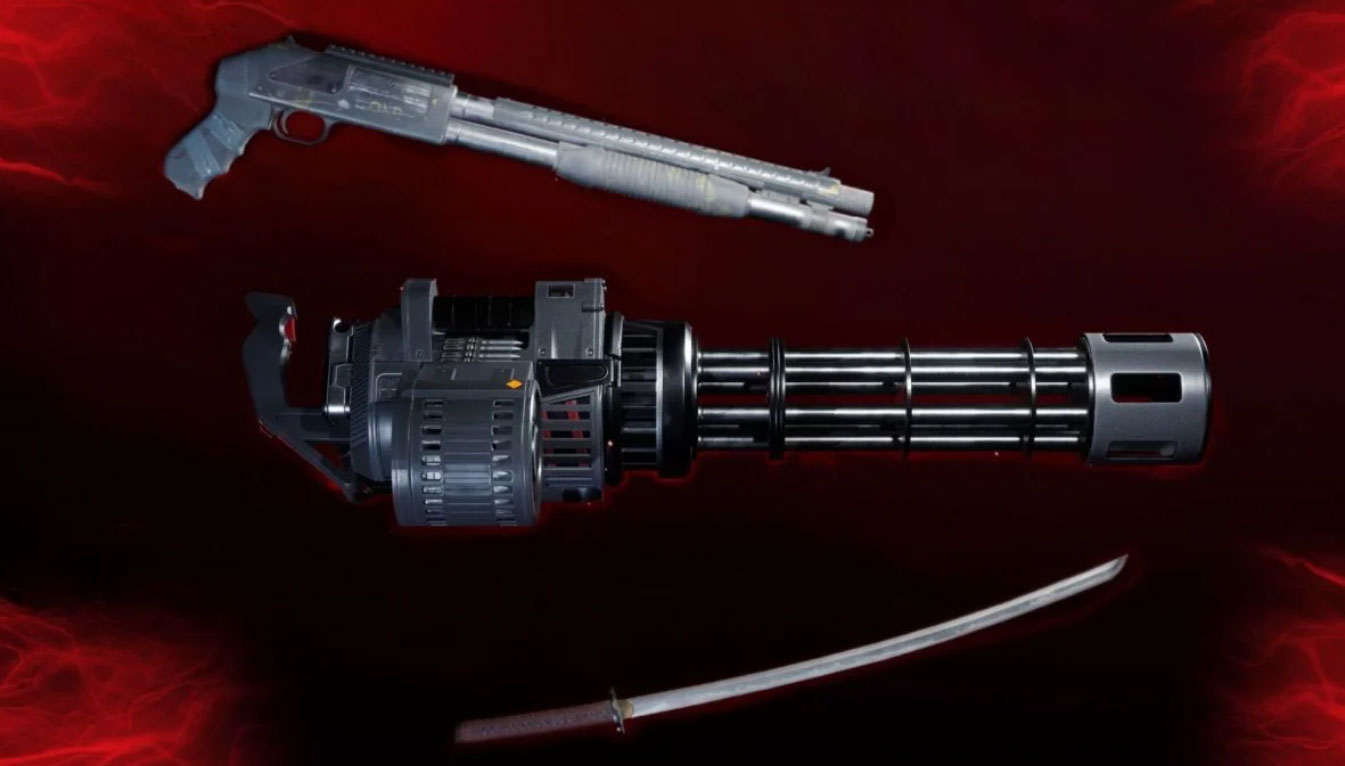 In battle royale, if you’re lucky enough to get a hold of these weapons, you won’t regret it. There’s a legendary weapon called the minigun that is easily found in the game, and it does a lot of damage if you are in the right ambush position.

In close-quarters combat, you can use the Pump Shotgun. In addition to being suited for the Bruja Clan archetype, this weapon is also suited for the Enforcer archetype. Alternatively, if you are precise in your aim, you may want to consider using the Double-Barrelled shotgun.

Due to its magazine capacity, the Pump Shotgun is also ranked high on this list due to its reliability. We’re picking the Katana in this S-tier because of its ranged attack defense.

In terms of playstyles, here are the rankings of each archetype. Our ranking is based on how well they perform. It is possible to change this Vampire: The Masquerade Bloodhunt ultimate tier list if you have the right character and weapons.

It might be a good idea to try the Prowler in your next battle royale session if you want a more challenging archetype. Even if it is slightly more challenging to master this archetype alone than the Saboteur, you may be able to gain an unfair advantage over your opponents.

A Prowler can finish off both low-health and downed enemies using Sense, The Beast because it leaves a trail that reveals the enemies’ latest movements.

Using Scouting Famulus, the Prowler can spot enemies from a distance when playing this in duos and trios. 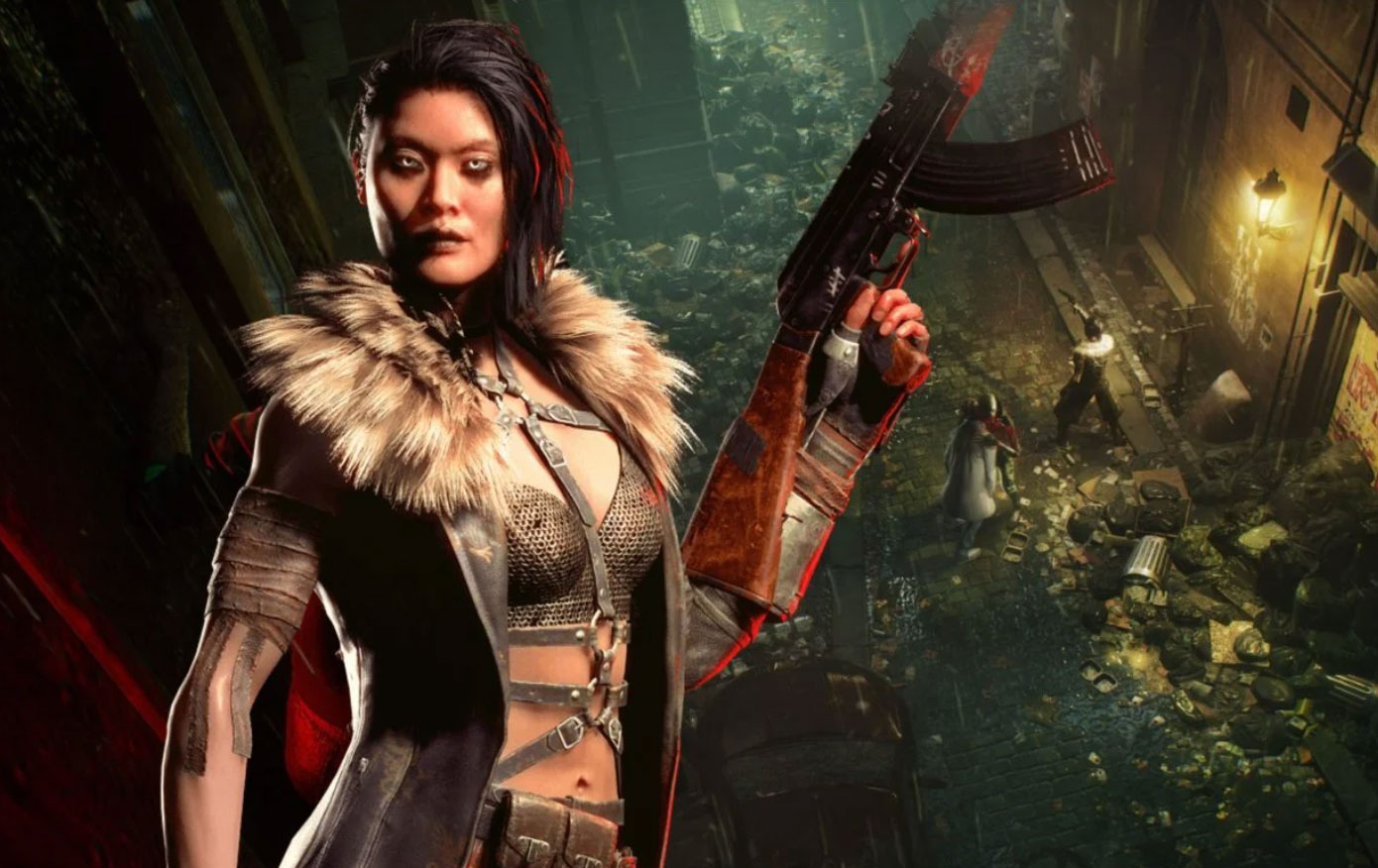 You’ll get a higher reward from the Vandal archetype if your playstyle is more mobile. In addition to Soaring Leap, Earth Shock can be used as an alternative escape skill in addition to being aggressive or aggressive toward your opponent.

From an elevated position, you can surprise your enemies using Earth Shock. When Vandal leaps into the air, he hurls enemies upward, dealing damage, before finishing off with either a shotgun or melee weapon.

During close proximity to enemies, the Vandal receives moderate damage resistance from Adrenaline Rush. It can make a good duo or trio partner with a defense archetype like the Brute or the Enforcer. 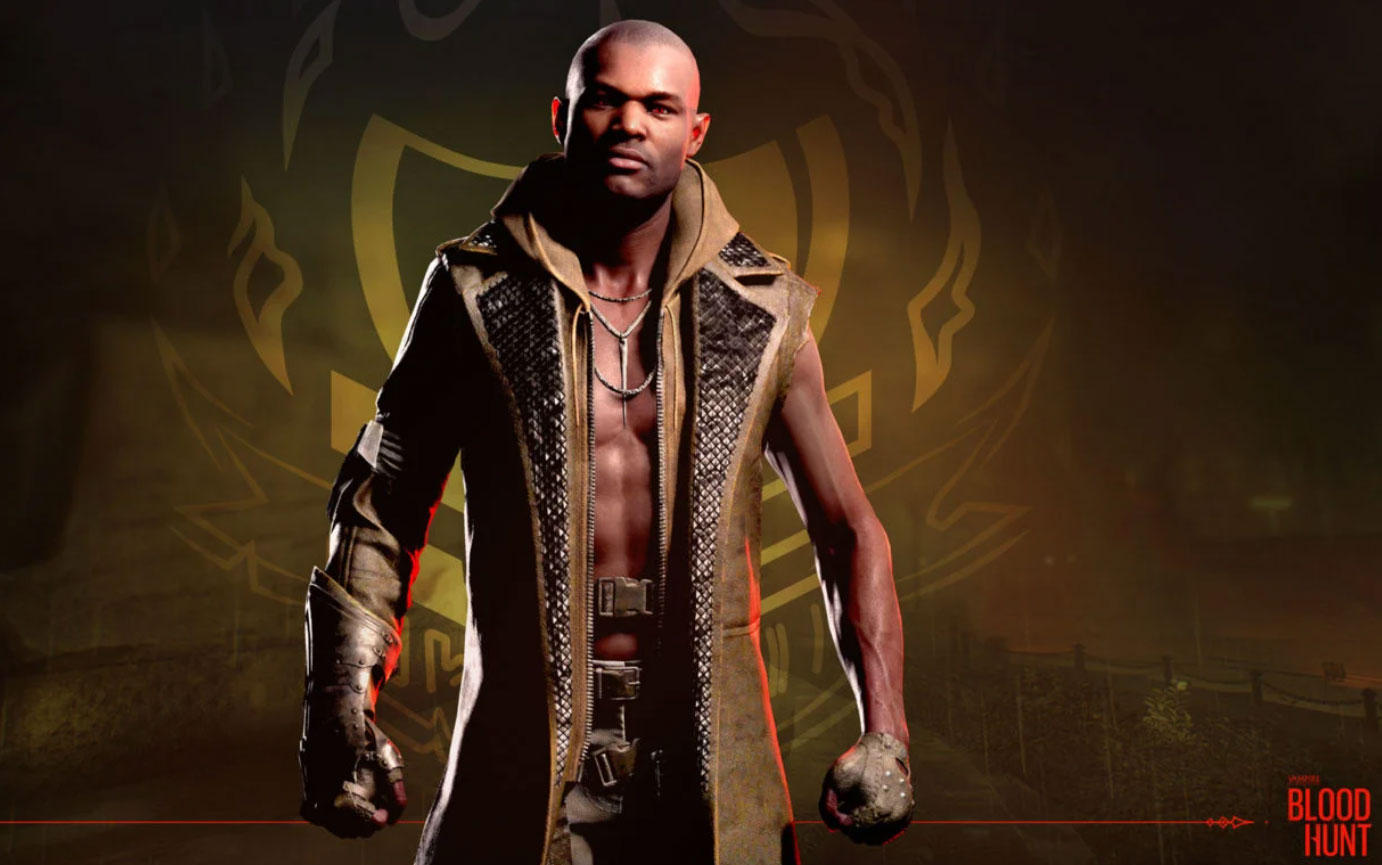 Those with a conservative playstyle may find the Brute archetype more appealing. If you time your offense and defense against your opponent, this archetype is pretty powerful because it can deflect bullets with its shockwave punch.

Additionally, the Brute can make your teammates’ life easier by acting as a defensive distraction. The Brute solo’s True Grit passive can also provide you with an increase in survivability, allowing you to regenerate up to 50% of your health without taking any damage. 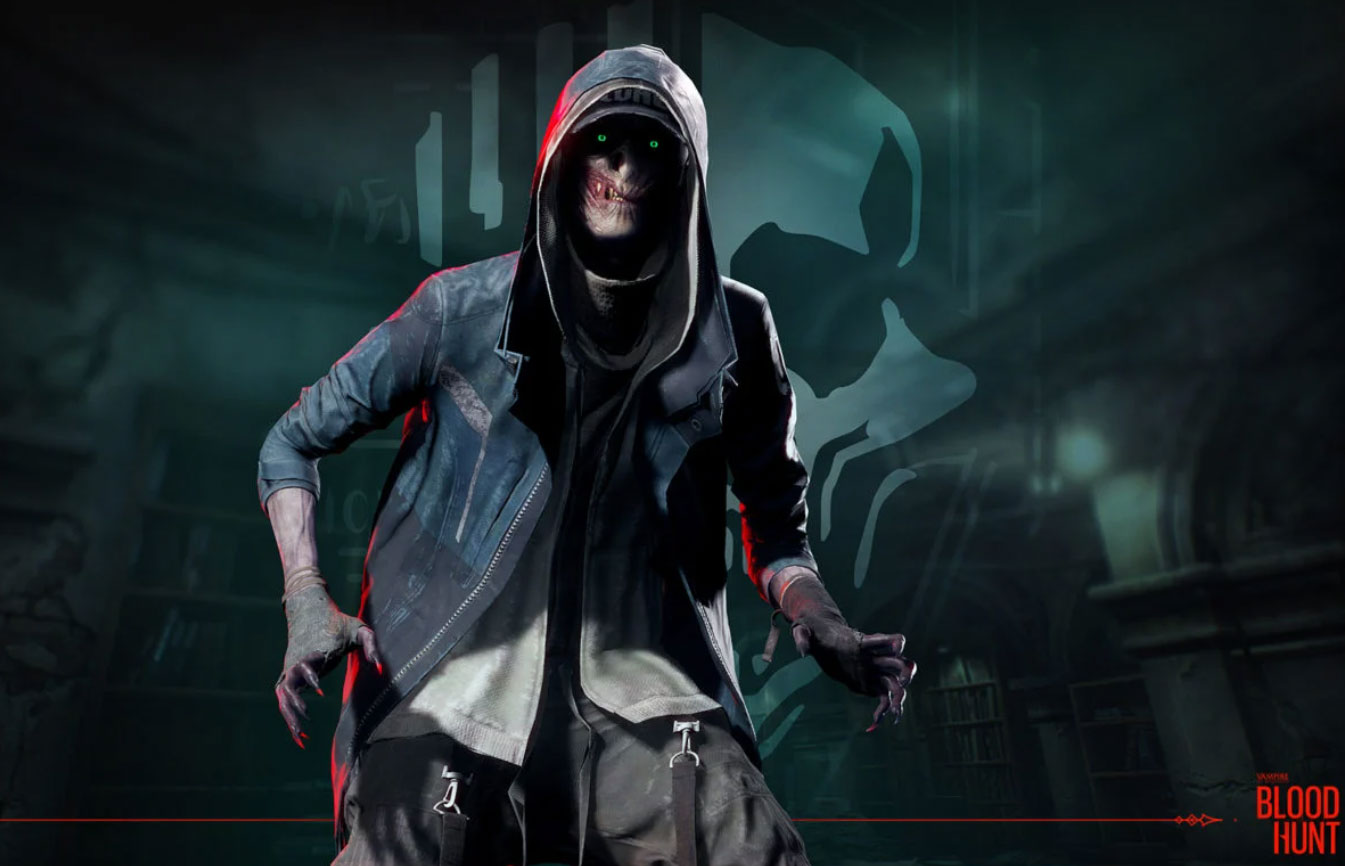 There is nothing more fun than using the archetypes from the Nosferatu clan in Vampire: The Masquerade Bloodhunt, as it is the only clan with the ability to turn invisible.

We believe that the Saboteur has the most user-friendly power kit when playing solo, especially when using the summoner. In this game, the Saboteur might be considered one of the weakest archetypes, but if you’re good at positioning strategies, it could become one of your favorites.

With Unseen Passage, you can become semi-invisible while crouching, which is one of the game’s most potent passive effects. It’s helpful if you have an excellent rooftop vantage point and you own a sniper or marksman rifle.

There are many situations in which the Sewer Bomb power could prove helpful. The bomb releases toxic gas when enemies approach it. Placing your traps in the right places can give you an edge over other patrollers in Prague if you use them effectively. 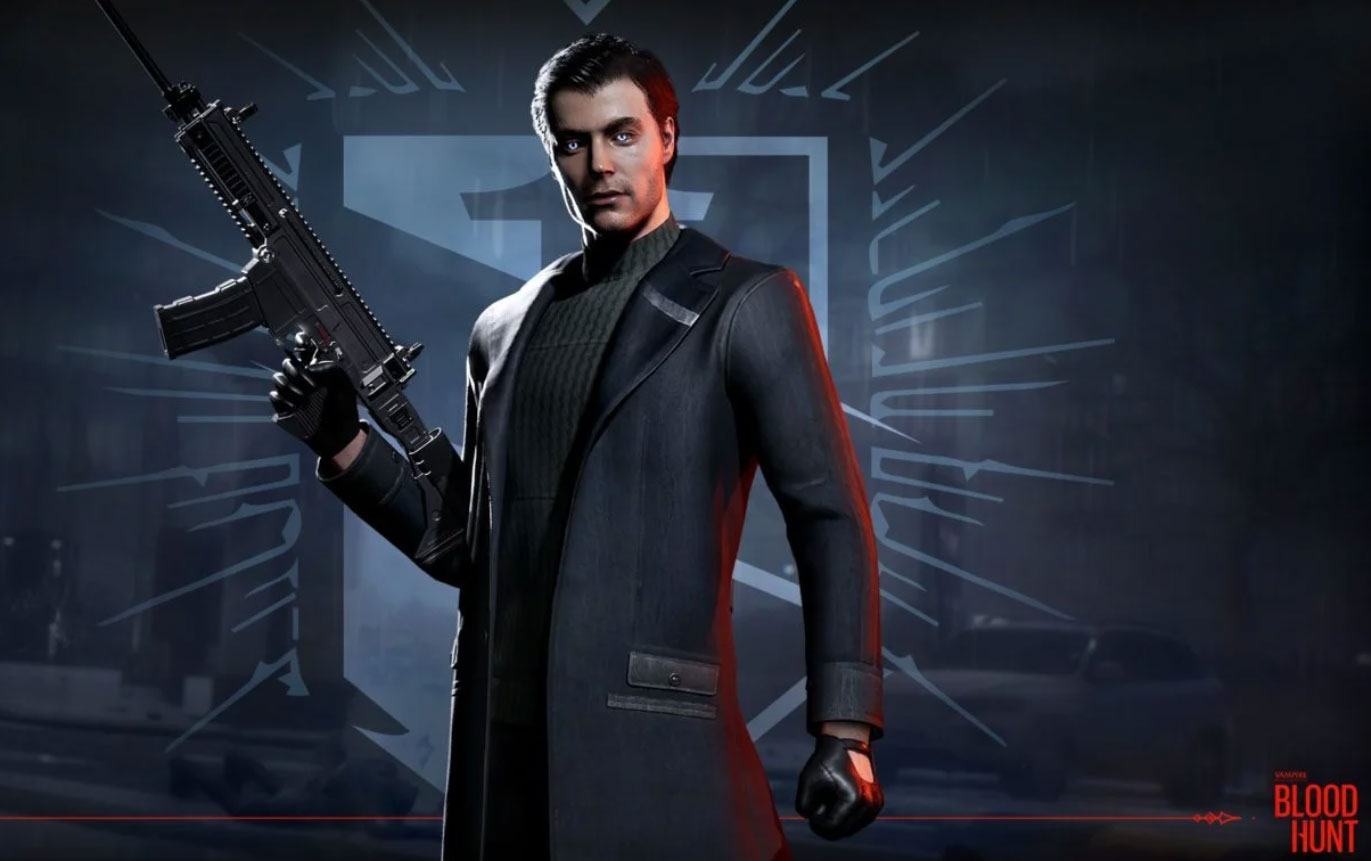 A new tank alternative to the Brute has been added to Vampire: The Masquerade Bloodhunt. Even though its archetype power requires a little more skill than the Brute’s, when used properly, it really packs a punch.

After Unyielding Charge has been applied, the target becomes silent for a few seconds, catching them off guard.

However, correctly using Marble’s flesh will give you great power. When you activate this power, you become immune for a few seconds but don’t realize that you are pressuring the enemy to attack. 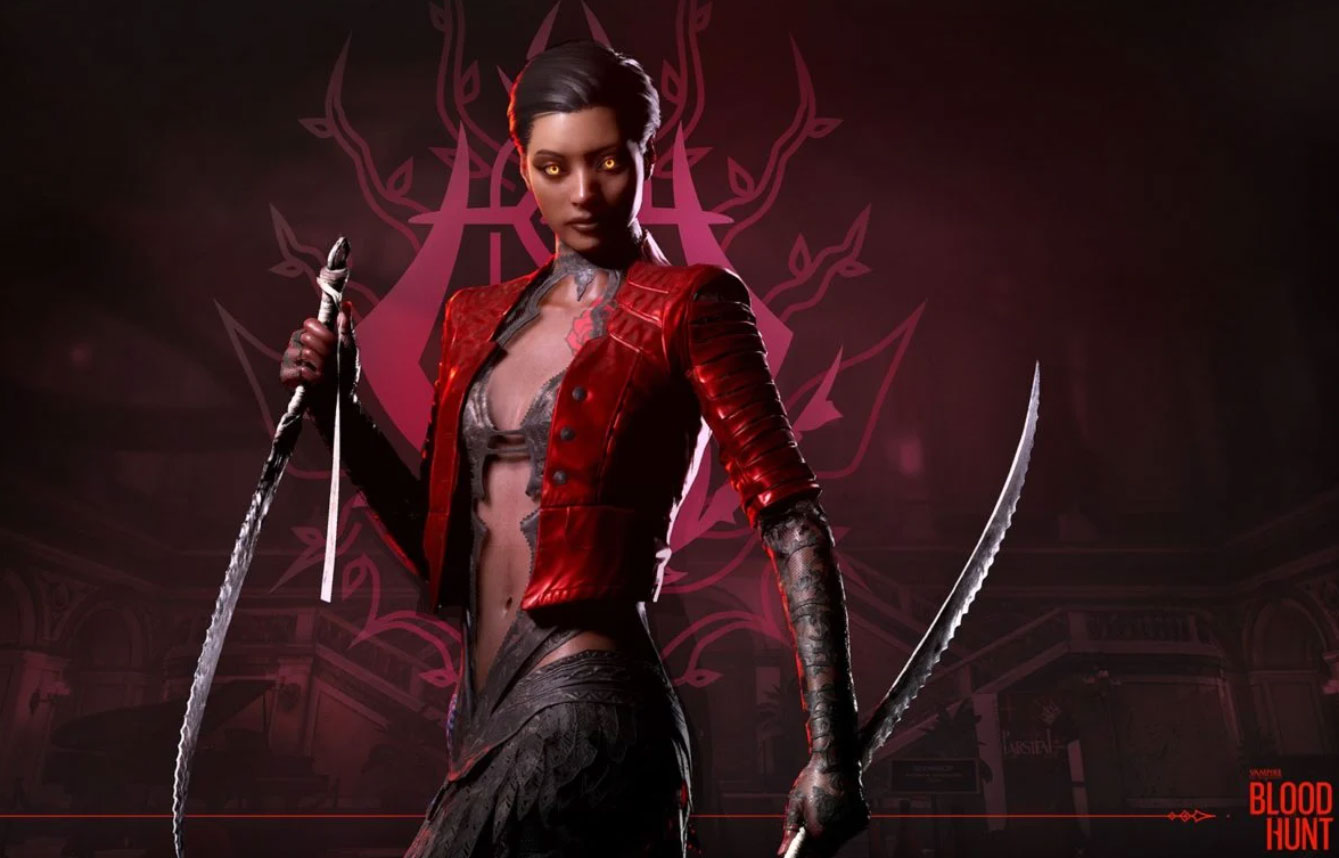 Across Vampire: The Masquerade, the Muse is the only support character. Muses have a decent survivability rate when playing passively in battle royale sessions, which is not ideal for solo queues.

The Rejuvenating Voice power shines best in a duo or trio because it emits a healing aura that both you and your teammates can benefit from.

However, when the Muse comes down, Final Act will restore its cooldowns and enable the use of its powers. Moreover, when you play solo, ensure you teleport to a safe place, so you don’t encounter a Prowler. 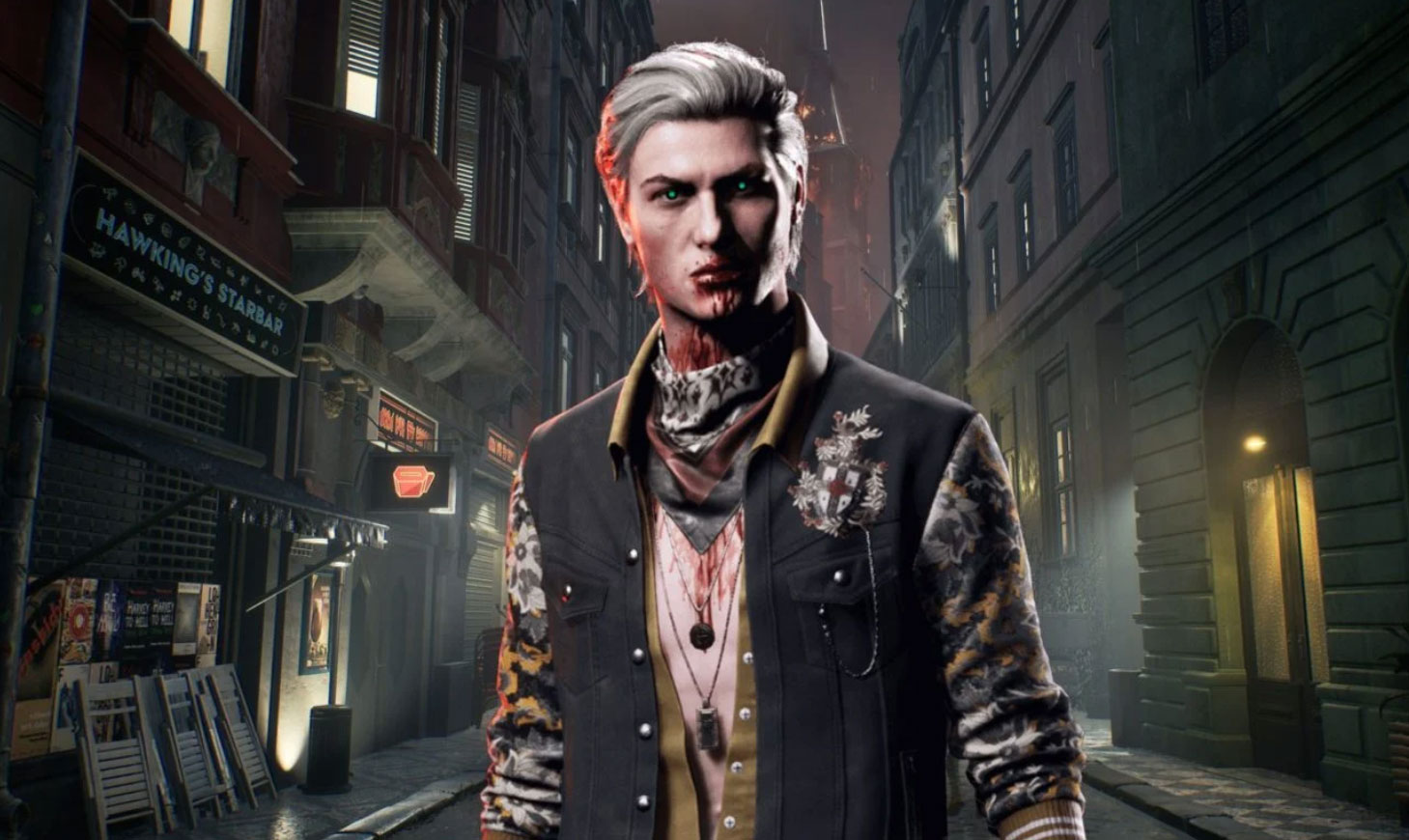 If you wish to mix flanking and support, you should consider using the Siren archetype. Despite being categorized as a support role in the game, you can use them as an initiator through Blinding Beauty when playing as a team.

However, when you use it as part of a duo or trio, Blinding Beauty damages, and blinds surrounding enemies. Also, after surprising your opponent, let your teammates clean up the mess if you’re knocked down.

Especially when playing solo, Kindred Charm can get you quick buffs from civilians.