Skip to content
Looking to Set four-digit password on your iPhone and iPad Mobile? Here is the Simple Guide to Switch to Four Digit Passcode on iOS Devices. 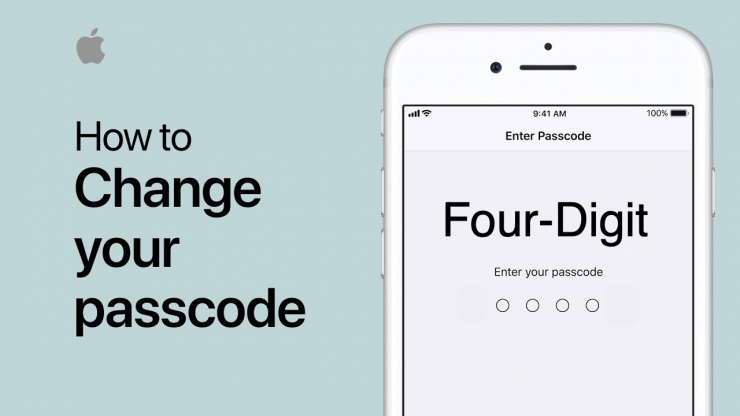 Passcodes have been an integral part of iPhones and iPads for a long time. Starting from the home button design iPhones to the modern all-screen iPhones with face unlock, passcodes are an efficient way to keep your devices secure.

Normally, if you are a new generation iPhone or iPad user then you must be using a 6-digit passcode. That’s how you set the passcode by default. However, in the early years of iOS and iPadOS 4-digit passcode was used.

Usually, the passcode is a numerical string consisting of a unique combination of numbers.  Some users may have a hard time remembering their unique six-digit passcode. Hence, that gives rise to the need to change to four-digit passcode.

Use Four-Digit Passcode On iPhone & iPad

Irrespective of whatever iPhone you may use you can easily change the default six-digit passcode to four-digit passcode. The steps that I have explained below are applicable on iPads as well.

Some may argue why to create so much fuss about passcode when face unlocks and touch ID are doing their job. That should be sufficient. Passcode still has its importance.

Everyone is wearing a mask these days for the pandemic. So, face ID recognition won’t work as the face remains partially covered. So, those users who have iPhones with Touch ID can easily get access to their gadgets with one touch. Using the Touch ID is a move preferred by lots of users.

On the other hand, for those iPhones that do not have touch ID, passcode becomes the only way in for their users. Besides, every time your iPhone or iPad restarts, you have to mandatorily enter the Passcode to gain access to your device.

Yes, some users may feel that there is some lag in the security when you switch from a more complex six-digit passcode to a somewhat easier four-digit passcode but that’s still uncrackable for the run-of-the-mill thieves or pickpockets.

Even if someone tries to crack the Passcode upon 10 unsuccessful attempts the device will self-erase all the data in it. So, your iPhone will be secure with a four-digit Passcode as it was with a six-digit one.

If you've any thoughts on How to Switch to Four-Digit Passcode on iPhone and iPad?, then feel free to drop in below comment box. Also, please subscribe to our DigitBin YouTube channel for videos tutorials. Cheers!