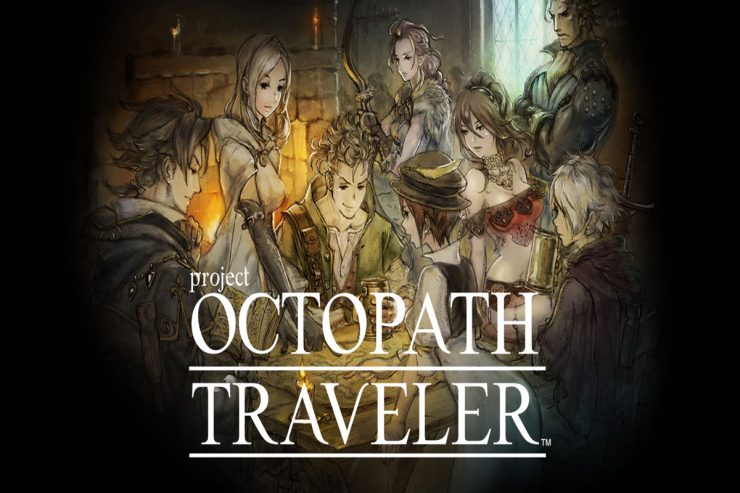 There is a retro aesthetic to the game that evokes the bygone Final Fantasy era. Besides the well-crafted gameplay, Octopath Traveler offers players a rich plot as they control one of eight available units that travel around the world to accomplish their goals.

According to their overall performance and utility on board, we have divided the Octopath Traveler character tier list into three levels. However, the three levels are S, A, and B tiers. So, now let’s start with our Octopath Traveler Tier list and check what the most prominent characters are. Therefore, let’s get started with the guide.

List of Best And Worst Characters in Octopath Traveler

The characters’ different storylines allow them to pursue noble pursuits of valor, revenge quests, or just another way of earning money. Additionally, they differ in terms of combat, with some games better at handling combat and some starting to fizzle out towards the end. So, if you want to know about the Octopath Traveler tier list character, then make sure to read this guide until the end.

There is no doubt that H’aanit is the best huntress class on the tier list. This capable character employs arrows and bows to charge enemies directly and comes from one of the more interesting storylines of the game. The combat show she puts up for players is definitely worth experiencing, as she has a couple of lightning attacks to shock her opponents.

In addition to her ability to tame massive beasts, H’aanit also possesses a powerful arsenal of magical weapons. It is true that H’aanit captured wild animals and monsters from the Octopath Traveler realm and used them for battle with her. There is one thing that is cooler than all of them: her snow leopard companion.

She also combines this with provoking NPCs to further weaken the grind. By combining these strengths, the player can have a wide range of tactical options at his disposal. Although H’aanit cannot fight herself, she summons capable animals to accompany her in the battle. Also, it is the most powerful character on our Octopath Traveler tier list.

In contrast to Olberic, who also depends on provoking duels, H’aanit can not fight herself. However, throughout the story, H’aanit has the ability to acquire some of the deadliest passive skills because of her status as a huntress. So, now you know about her; therefore, now let’s check out the skills that she has: 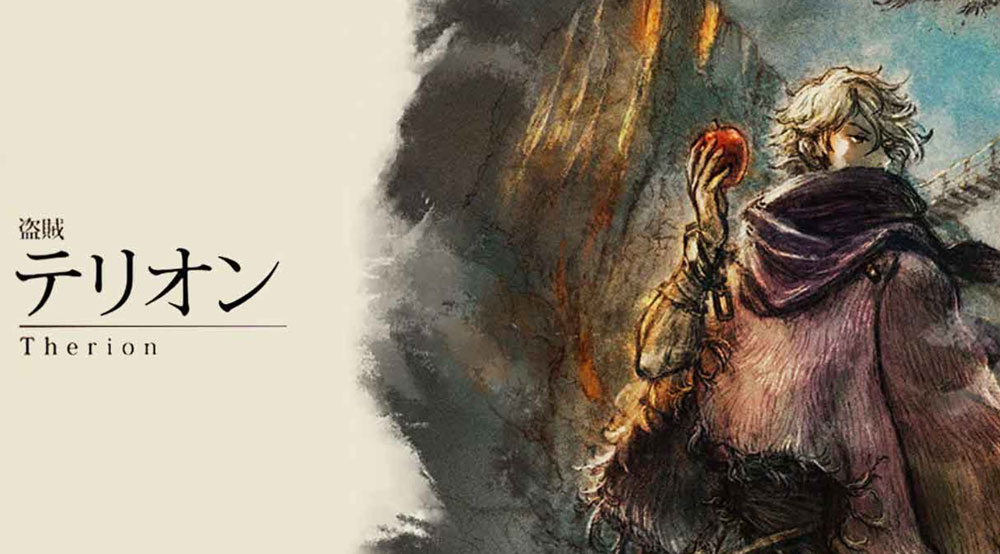 An extremely talented thief, Therion is capable of swooping away from enemies, stealing their health, SP, and items. Aside from grabbing weapons as well as in-game currency, Therion can rob even townsfolk for valuable loot – as long as he doesn’t get caught.

Stealing from children and widows might feel a bit guilty, but that shouldn’t discourage you from using Therion’s theft skill since it is a must-have utility. It will also become pretty natural for you to do that when you play Octopath Traveler.

Therion uses daggers, swords, and fire magic to do all of this stealing and stuff. As a result of the arsenal, he is able to engage in a wide variety of offensive tactics. Furthermore, this unit has the ability to debuff enemies to weaken their attacks and armor, resulting in a more significant advantage for you over your opponents. A disadvantage of Therion is that he quickly falls to the ground after being hit by an opponent. 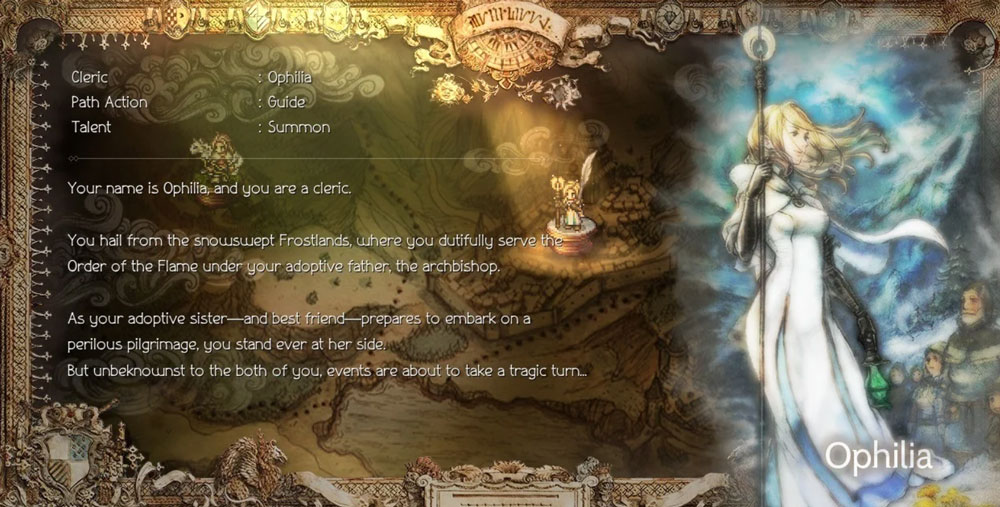 In terms of abilities, Ophilia is the most reliable healer. She has a noble, well-menacing soul and a substantial foundation in her abilities. In OT battles, Ophilia proves to be an invaluable life savior as she can heal a group of teammates at once, unlike most characters.

Additionally, Ophilia’s healing ability will prove helpful as the player continues to progress through the game with her, so you’ll know you’re making a wise investment if you add her to your squad. But, she isn’t instrumental in terms of damage rendering. However, it is possible for her to prove decent if she is paired with the right alliance of parties.

While Ophilia lacks full elemental attacks, she does have a couple of light basic attacks, which makes her not entirely useless. In addition, she has the ability to navigate around NPCs and summon them during tough fights. While many of the recruited soldiers deal powerful status effects to take down their opponents, others understand how to hit hard.

It’s even possible that a few of them will provide support by inflicting buffs and debuffs of varying strength. Moreover, he is one of the most prominent characters in our Octopath Traveler tier list. Also, he has a bunch of skills that you can use to defeat your opponent. So, let’s check out those skills: 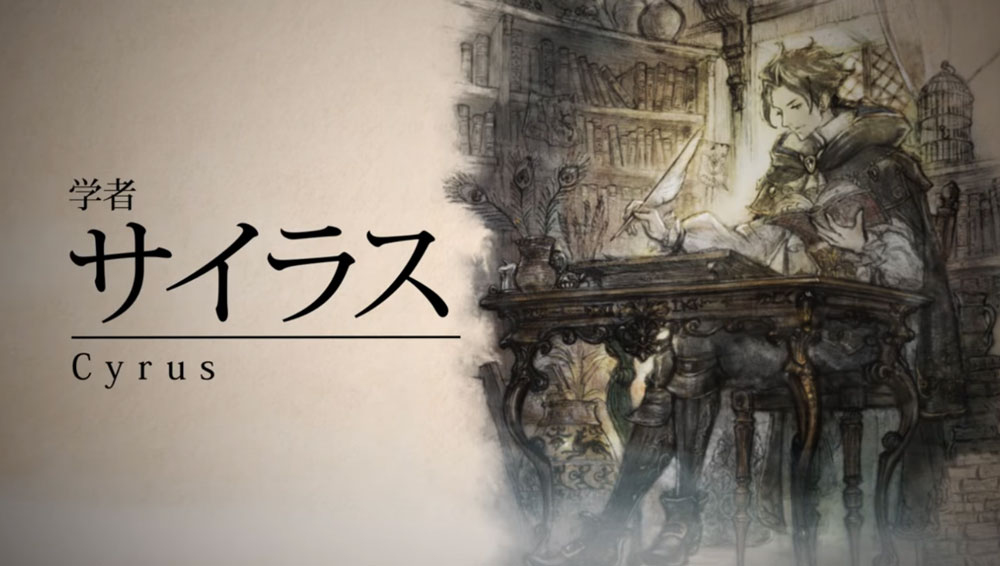 It is Cyrus’ class as a mage that he belongs to, and he is the most prominent character in our Octopath Traveler tier list. Intelligent and knowledgeable characters possess some mind-bogglingly tremendous skills that cannot be found in any other game. Despite this, the unit has the ability to cause substantial damage to opponents, causing them to be destroyed entirely.

It also possesses a number of elemental and magic spell attacks that are highly effective. Nonetheless, Cyrus’s ability to steal knowledge is most worthy of your attention. Using Cyrus’ laser scanner, he can detect a person’s unique skills, spells, and weapons from head to toe.

Players can obtain discounts at Octopath Traveler’s stores, discover hidden items, and more with the character’s interrogation abilities beyond just the opponents. Cyrus still does not grade higher because, despite all his accomplishments, he relies on others to keep him alive during brutal battles. 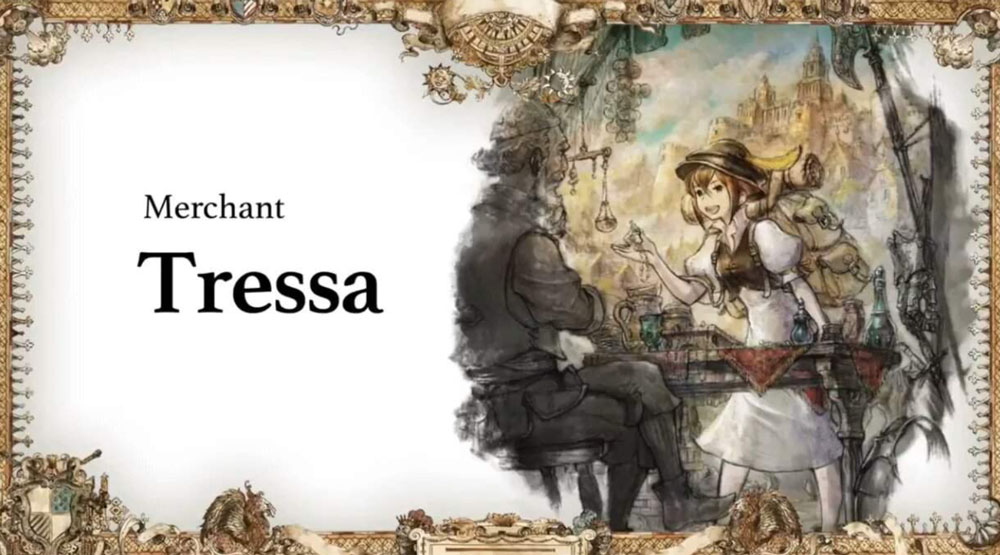 It may be worth picking one of these characters, even if you don’t typically enjoy merchant class characters. While Tressa’s playstyle may not suit you, she is undeniably worth your attention. Furthermore, if you’re not interested in employing Therion’s skills, Tressa’s ability to steal in disguise may be of interest to you.

Instead of robbing NPCs, the character typically barters for useless accessories. Although you are unlikely to end up with anything worthwhile, getting something unexpectedly valuable can still be pretty exciting. This way, she can accumulate a considerable revenue stream to buy something useful for you, compensating for the unreliability of her company, and that’s the reason why Tressa is able to make a place on the Octopath Traveler tier list.

However, Tressa’s other specialty is not merely being a decent alternative to Therion. In addition to dodging incoming attacks, she is excellent at healing allies. With her polearms, bows, and mercantile skills, Tressa is well equipped with powerful weapons. 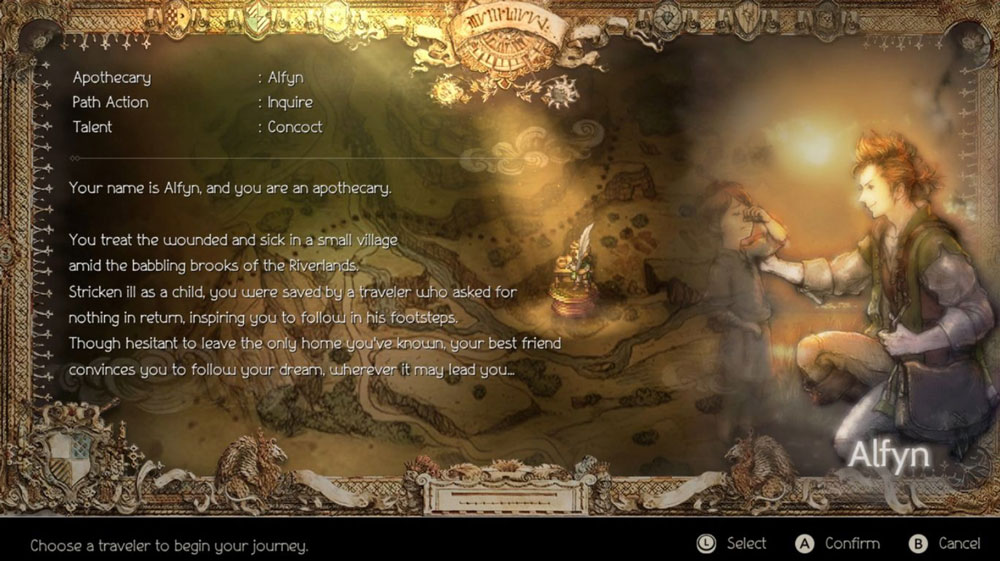 The best choice after Ophilia is Alfyn if you’re looking for a worthy healing and fighting option. His full potential can only be realized by those who can maneuver him correctly. He belongs to the apothecary class, which allows him to heal wounds and cure status damage.

As a combatant, he is one of the strongest characters in OT. Adding Alfyn to your party is most likely to be popular among players who enjoy his playstyle. As an example, the majority of the character’s power is Concoct potions that heal allies and offer them powerful buffs and debuffs.

In order to be a useful character, Alfyn must assemble various ingredients to churn out potions. The Alfyn skill set is best accessed by experimentation. So, let’s look at the skills and see how they successfully place in our Octopath Traveler tier list. 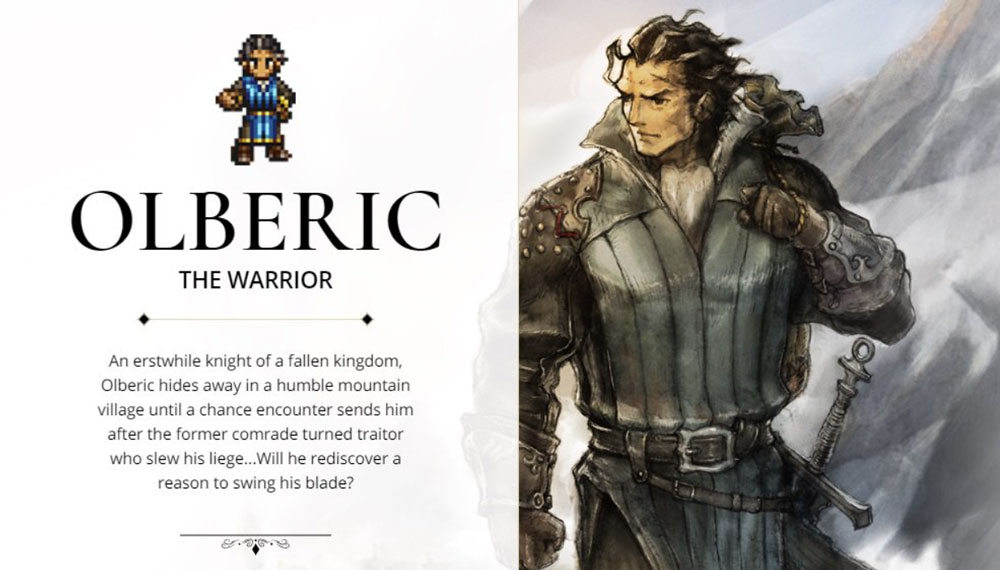 Olberic is an Octopath Traveler tier list mercenary who used to be a cavalier. He relies on his previous strengths in combat, which don’t include much out of the box. In the beginning levels, he delivered a lot of damage with polearms and swords, playing the role of a fine tank. The ability to control NPCs was H’aanit’s number one characteristic.

Olberic knows how to do that even better, which compensates for his average fighting skills. He can challenge NPCs so that some of the overall grinds can be reduced. Its abilities will loosen as the story progresses, meaning that this will not completely compensate for his lack.

It wouldn’t take long for anyone to surpass Olberic with any other viable unit. Overall, equipping Olberic to your team will provide you with a decent headstart, but figuring out how to progress with him through the end is not recommended. 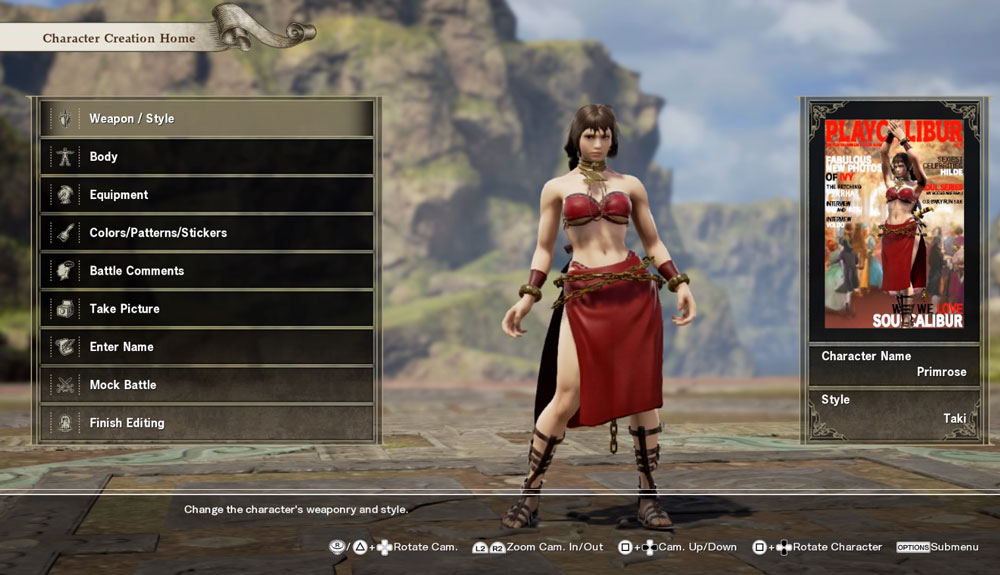 The backstory of Primrose in Octopath Traveler is said to be the most interesting; however, it isn’t evident in her performance. This character possesses an expert grasp of a solid dagger as well as the ability to access mysterious but solid dark magic hits.

Aside from applying powerful buffs and debuffs strategically, she also uses her eye-catching dance to bolster her ally party. Primrose can boost an ally’s attack capacity, speed, and even physical attack strength, as well as her element’s attack capacity and speed.

It may be better to lure powerful NPCs into your party when all this or just Primrose’s dagger doesn’t work. Additionally, she can buff them with her sultry dance moves, making them follow her in every way and even assist her with attacking opponents. She has a bunch of skills that will help you know whether this has the ability to make a place on our Octopath Traveler tier list:

If you've any thoughts on Octopath Traveler Tier List | Best And Wrost Characters, then feel free to drop in below comment box. Also, please subscribe to our DigitBin YouTube channel for videos tutorials. Cheers!