Skip to content
Cristiano Ronaldo, the football star has been roped in by Free Fire as its global brand ambassador. New Character modeled after the footballer is also announced 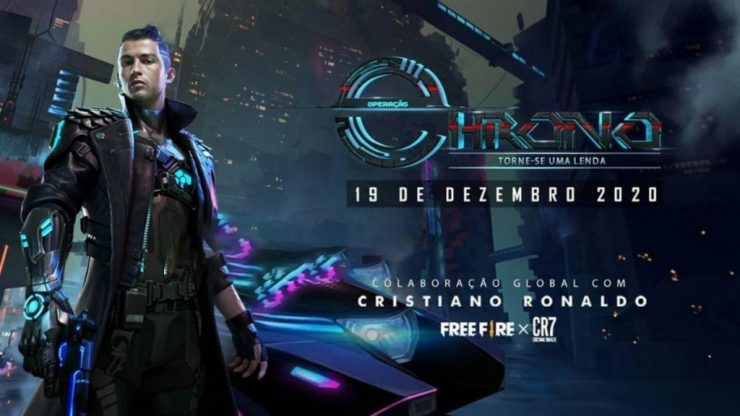 This piece of news will delight all Football fans. Cristiano Ronaldo, the football star has been roped in by Free Fire as its global brand ambassador. The game has also created a new character, ‘Chrono’ modeled after the footballer. ‘Chrono’ is a bounty hunter from a different universe in the game.

The company announced the collaboration on 14th December in a statement. Free Fire producer, Harold Teo elaborated on the partnership and said, “This is a really significant partnership for Free Fire. Cristiano Ronaldo is a role model for many of us, and being able to collaborate with him and present him to hundreds of millions of people around the world is truly exciting.” The game developer company Garena, who has created Free Fire, collaborated with the Juventus player to create ‘Operation Chrono’.

The Twitter handle of Free Fire also tweeted about the new operation. The account tagged Cristiano Ronaldo in the tweet that said, Operation Chrono is live now! Update the game now and experience all the fun of the special collaboration with Cristiano Ronaldo.”

Although the character and operation have been launched, the character is not available at the moment. It will be available from 19th December. This is not the first time Free Fire has collaborated with a star, it has previously partnered with Bollywood star Hrithik Roshan. A character based on the star’s character in the Bollywood film ‘War’ was also added to the game.

Coming back to ‘Operation Chrono’ and the character ‘Chrono’, there are many exciting new elements that it will bring to the game. The character Chrono belongs to a different universe. The operation Chrono is set in a different universe where players will have a lot of advanced technology in their hands. The players will have to try hard to win the Ronaldo skin, and the most exciting part is the ‘Vector Akimbo’ that is the first weapon of its kind. ‘Chrono’ also has its own set called the Cosmic Bounty Hunter set. This new set looks amazing.

Free fire is doing everything it can to maintain its popularity. Last year it became the most downloaded mobile game. With new collaborations and exciting updates, it hopes to continue on its path to success. Fans are eagerly waiting for 19th December as they cannot wait to play as their idol, Cristiano Ronaldo.

If you've any thoughts on Free Fire brings onboard Football star Cristiano Ronaldo as its Global Brand Ambassador, then feel free to drop in below comment box. Also, please subscribe to our DigitBin YouTube channel for videos tutorials. Cheers!