Skip to content
It was obvious from its success that Fall Guys would eventually expand to many platforms. The award-winning game has sold more than 11 million copies on PC. 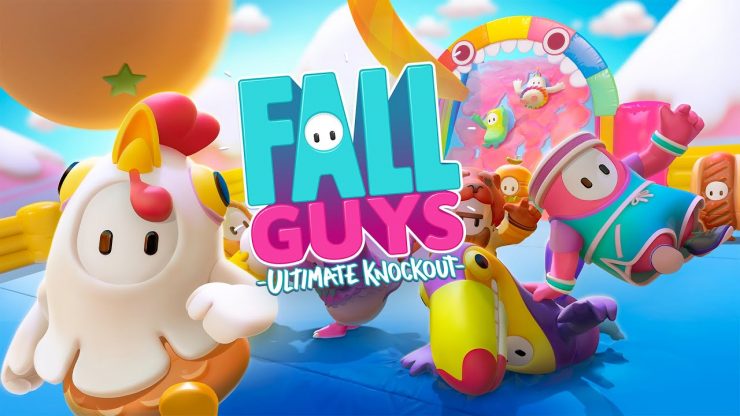 The cute multiplayer game, Fall Guys: Ultimate Knockout is finally coming to Xbox and Nintendo Switch in the coming months. Ever since its launch in August 2020, the game has received extremely positive reviews. It was only launched on PS4 and PC, but now it is expanding its reach.

If you do not know what Fall Guys: Ultimate Knockout is then you are certainly missing out! The game is a quirky and aesthetically pleasing battle royal style multiplayer game developed by Mediatonic. To put it simply, the game is a mixture of other successful shows like Takeshi’s Castle and Total Wipeout.

It has multiple rounds where players compete against each other. The first round has 60 players and the players get eliminated as they fail to reach the finish line. Each round has different fields where players face a range of obstacles. They have to run, dive and jump over these obstacles or risk being thrown off the field or in slime. The last man, we mean last bean standing wins the crown and the game.

Now, let’s talk about one of the best parts of the game, the costumes and emotes! The game has some extremely cute costumes! Players can dress up as a chicken, a pineapple, a T- Rex, a french fry, a hotdog, and even an owl. Of course, these are only a few out of the many costumes available in the game.

Coming back to the announcements, Xbox posted a tweet that said,

You dropped this. Fall Guys is landing on Xbox Series XIS and Xbox One this summer.

The tweet also contained a video that had a fall guy character fiddling with an Xbox Controller.
Microsoft also announced the game’s arrival with a blog post, the blog post called Fall Guys: Ultimate Knockout the greatest game show on Earth, and also invited all Xbox players to the ‘BlunderDome’.

It was obvious from its success that Fall Guys would eventually expand to many platforms. The award-winning game has sold more than 11 million copies on PC and it also became the most downloaded game of the month of all times on PlayStation last year.

If you've any thoughts on Fall Guys: Ultimate Knockout heading to Xbox X, S, and Xbox One, and Nintendo Switch this summer, then feel free to drop in below comment box. Also, please subscribe to our DigitBin YouTube channel for videos tutorials. Cheers!