Skip to content
Best Roblox Games to Play. Whether you're an avid gamer or an amateur who wants to start with something simple, Roblox is for you. 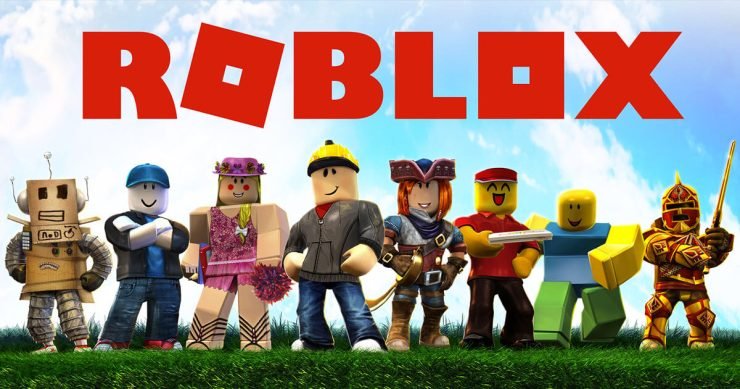 Roblox is an online gaming website where users can create their own games. This game creation website allows users to play, and create games for free online. These games are coded in the programming language Lua. It also allows users to buy and sell “content” on the website in the currency Robux. With more than 150 million users worldwide, Roblox is quite popular among the gaming community. Launched in 2006, it has steadily gained fame. It has won many accolades; it was most recently ranked #1 in gaming and #9 in general in Fast Company’s World’s 50 most innovative companies.

Roblox is mostly used by kids between 7-12, although it has a considerable adult user base too. It prides itself on being fun and interactive for kids and adults alike. It claims to encourage creativity among users as they are given free rein to create whatever game they want on Roblox Studio.

It has thousands of free games that can be played free online. The games are of different genres, with each game having unique aspects. Roblox is great not only for playing games but also for socializing and making friends. It allows users to explore different worlds created by other users. Its chat feature has been used extensively for making friends. 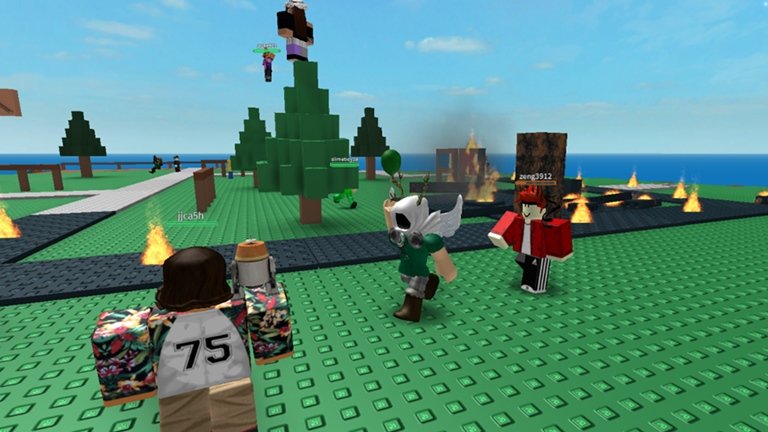 Players are put through dangerous situations but the game is thrilling and enjoyable. Imagine experiencing a volcanic eruption, or being in the middle of a sand storm, or watching a tornado unfold. All of it sounds exciting, right? With Natural disaster survival, you get to experience all of this in the game while running for your life! If you’re new to Roblox then start with this classic to have guaranteed fun. 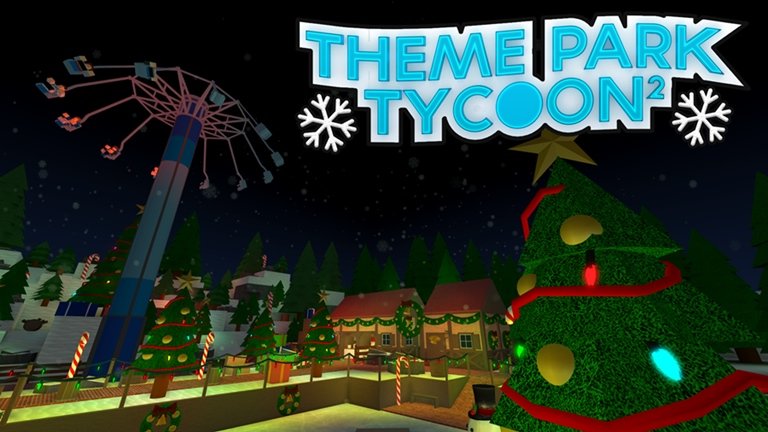 Theme Park Tycoon 2 as the name suggests is about building a theme park of your own. Players are given a plot of land where they are supposed to construct a theme park and design rides. It is a management game in more straightforward terms and the goal is to build a successful theme park and expand your business.

Players are forced to pay attention to detail, all intricate aspects of building a theme park have to be thought of. The competition is insane with this one, your rival theme park owners keep innovating to bring in the crowd. 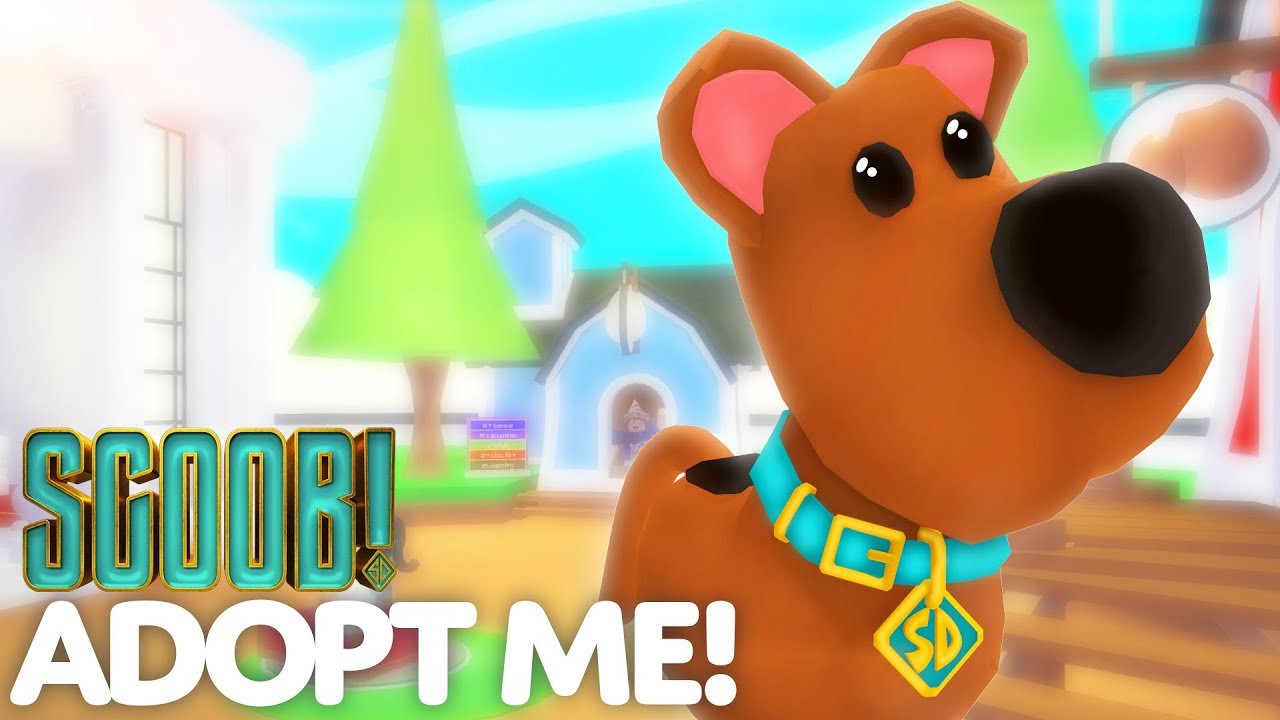 Adopt me! Is one of the most celebrated games on Roblox, the gameplay involves players adopting a pet/child or getting adopted? Although the game is usually focused on players adopting pets of a different kind. According to its Wikipedia page, it has played more than 10 billion times as of July 2020.

The game has players design their houses and care for their pets. It is extremely cute, the developers made the game to promote the adoption of animals and help people empathize with the plight of these creatures. 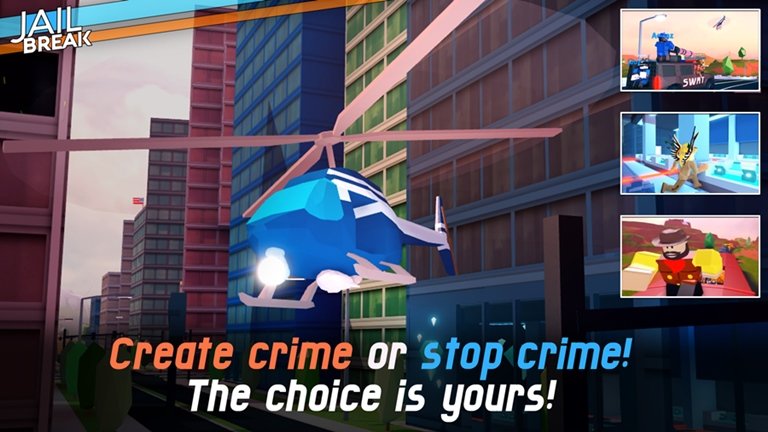 With Jailbreak, players can fulfill their fantasy of breaking out of jail. In the game, players are tested in multiple ways. They are supposed to escape jail, dodge the police, and complete the tasks given to them as soon as possible. Players can also play as a police officer and live out their dream of being in law enforcement.

5. Work at a Pizza Place 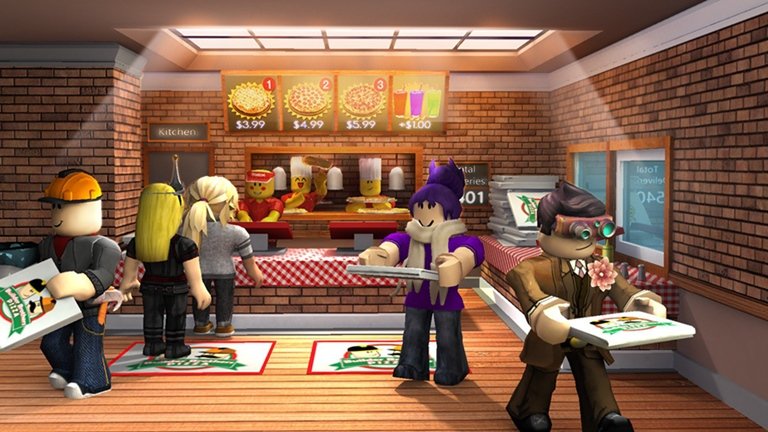 Working at a pizza place like others on the list is also one of the most famous games of Roblox. It turns players into a chef where they make pizzas for their customers, however, players can also become a cashier, delivery men, cooks, etc. It has players make full use of their management skills.

It is very entertaining. All roles that players perform are unusual in their way which explains why the game is so loved by all. Work at a Pizza Place genuinely makes the player believe that working at a pizza place is as fun as they portray it to be. 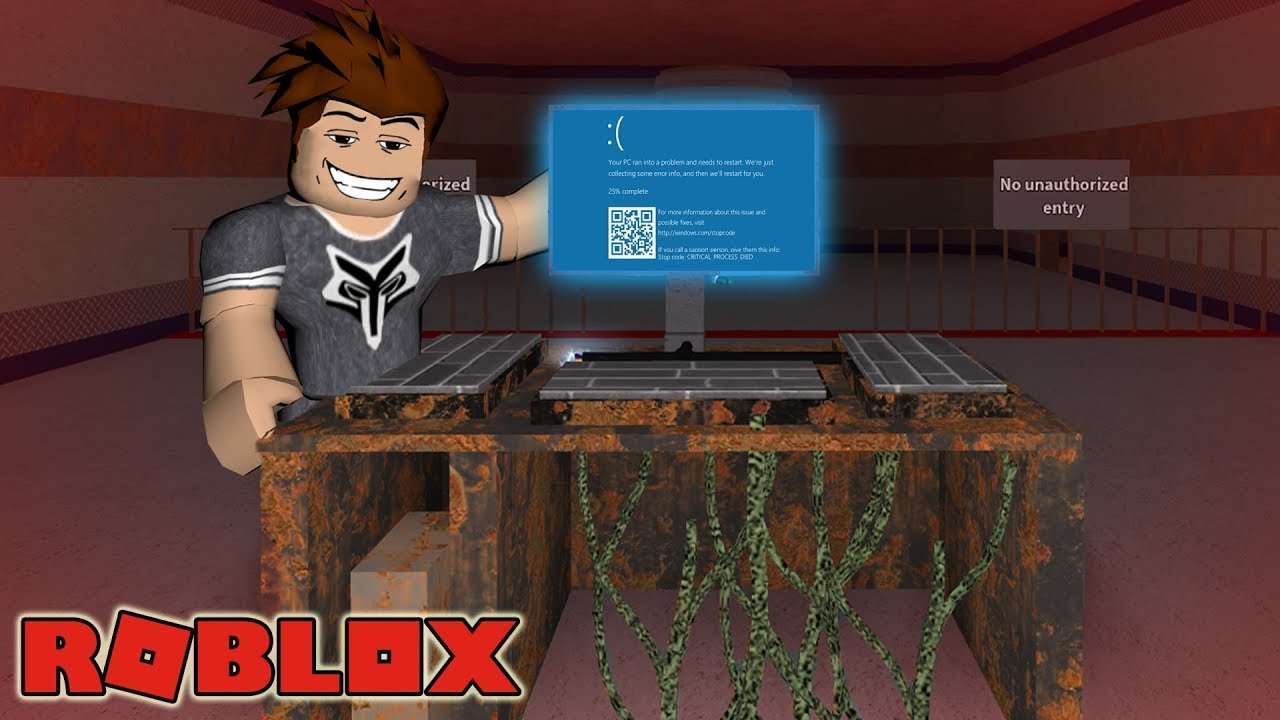 Flee the facility seems like a typical escape game when you first look at it but when you play it, it becomes clear that it is not. It involves players trying to escape from a beast. The player can either become the beast or become a survivor. The survivors have to work together to escape the facility. It needs a lot of teamwork for players to safely get out but is worth the trouble. 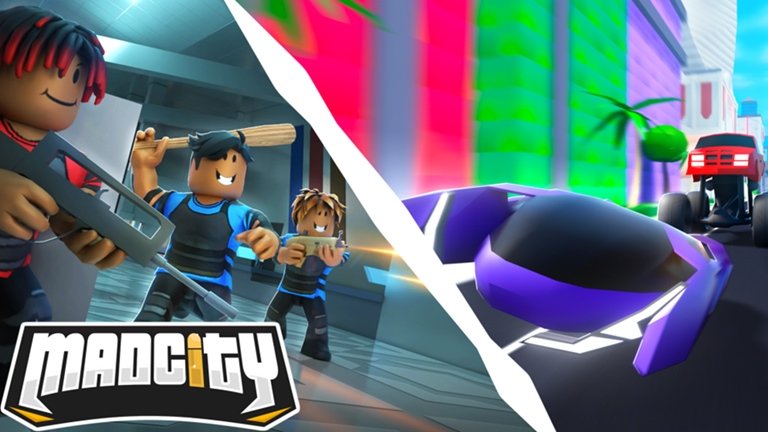 Mad City has a very GTA feel to it. It makes players choose between evil and good as players can either become a rebel or join the police to save the city. It is very chaotic but amusing. It is perfect for those who enjoy superhero games as it allows players to play as a superhero.

Players can make use of different weapons while their tactical skills are tested in this game. It is a high-voltage game that takes the cake compared to other chill games like work at a pizza place. 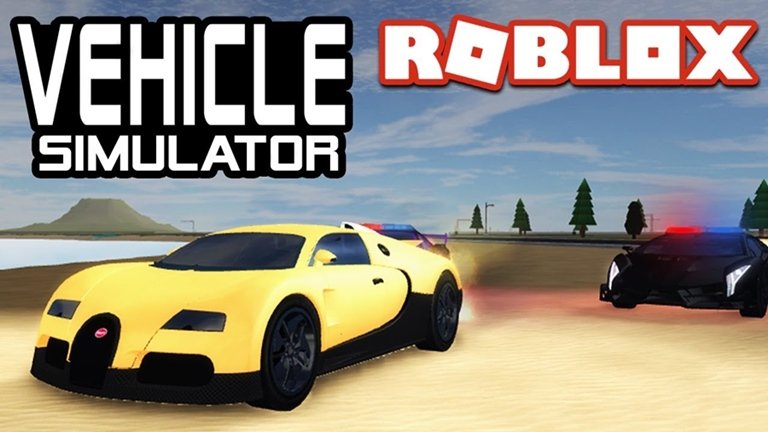 Vehicle Simulator is a simple game. Players can drive various cars and take part in races to beat other players. The winner gets a prize. The more you win, the more cars you can buy. It is as simple as that. Vehicle Simulator is not fancy or detail-oriented like some other games on Roblox, but if you want to play something uncomplicated, then it is ideal. 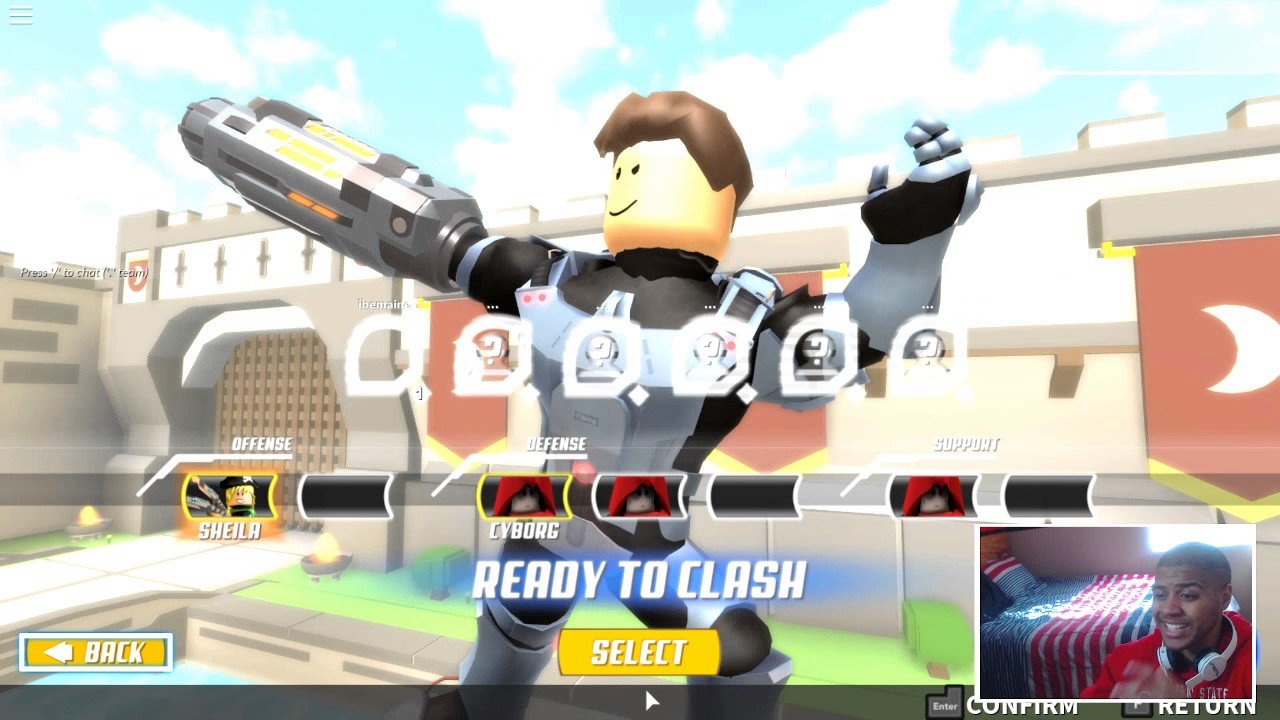 Q clash is a multiplayer shooting game where players form a team and play. This action game has a lot of intricate elements. It has 8 characters with distinct personalities and skills. It is famed for being inspired by the game Overwatch, and to be fair, there are many noticeable similarities between the two. Nonetheless, this first-person shooting game is worth a try. 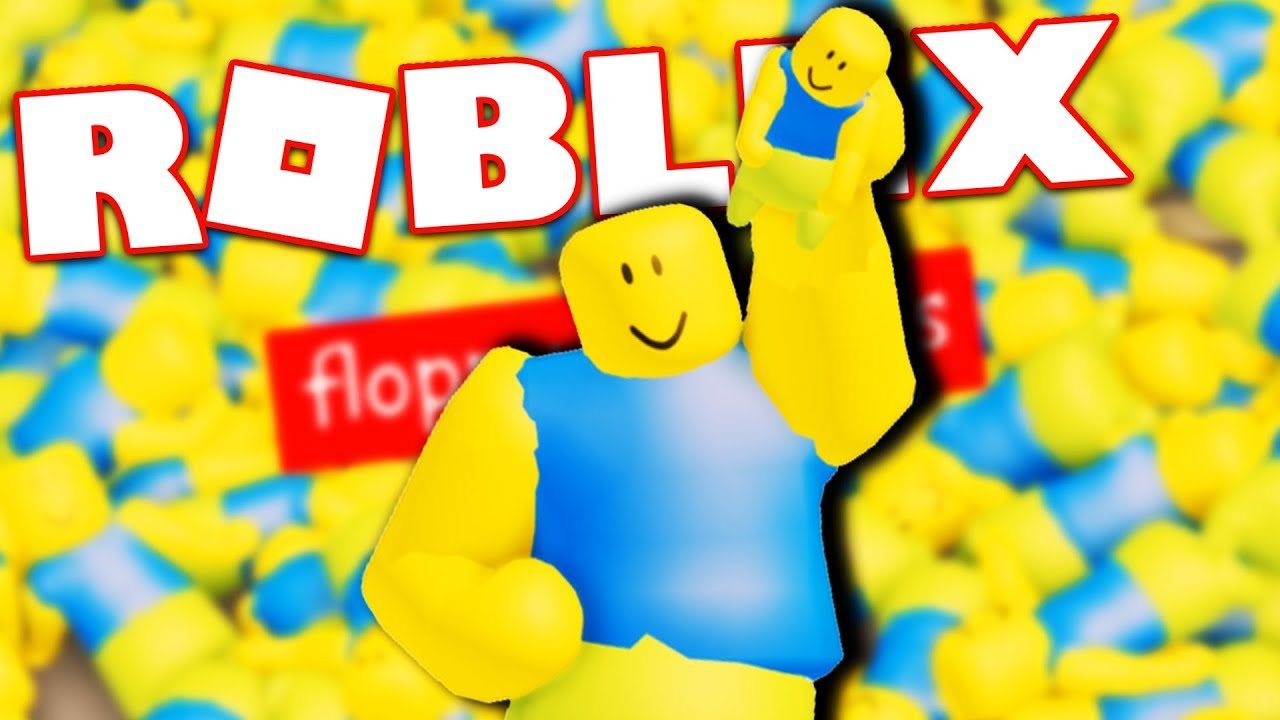 Floppy fighters are a combat game where players fight with other players’ WWE style. It starts with a group of players, all fighting with each other. Players can use whatever skills they have to beat others.

They can punch and kick their enemies to defend themselves. This fighting game has a simple objective but proves to be extremely entertaining. It does not contain graphic violence and carries more of a casual feel to it. It can be played by everyone, including kids. 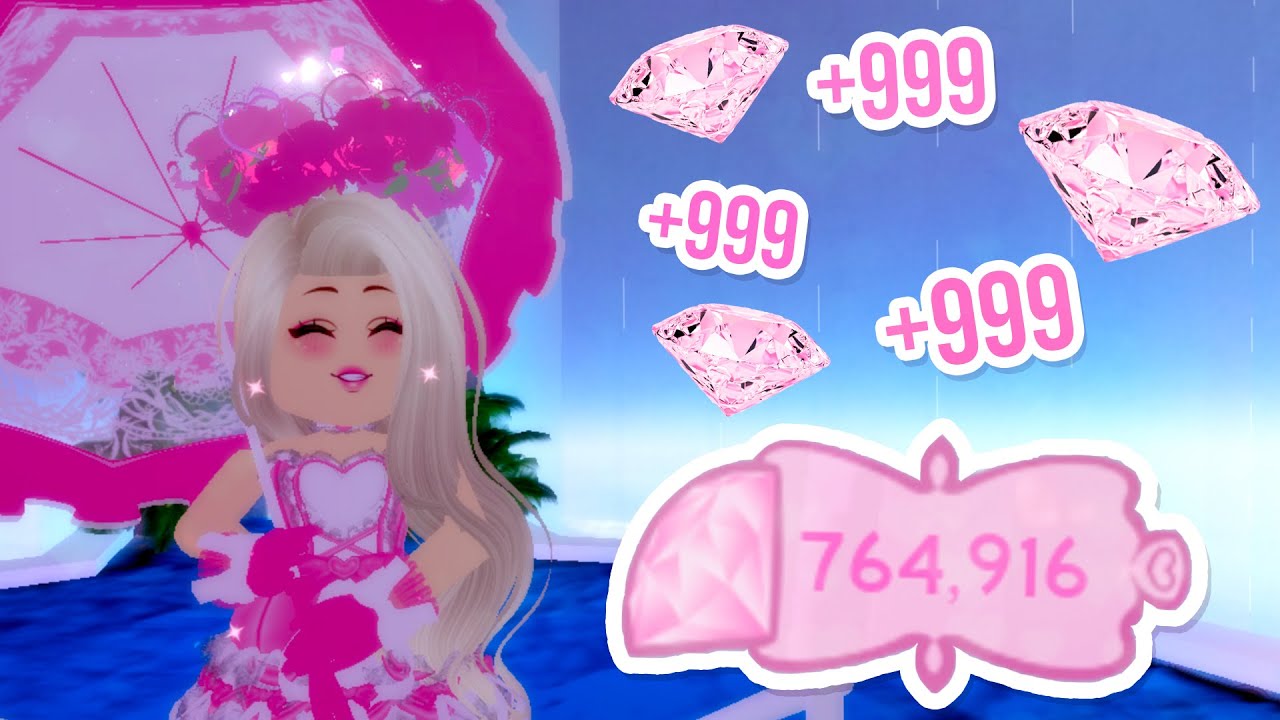 Royale High is a fantasy game on Roblox that follows the adventures of players as they become students of Royale High school. It is a mystical game that has a lot of magical elements like mermaids and fairies. It is a role-playing game where players can dress up in the outfits of their choice. It is the best game for girls, with the creator being a girl herself. It has a youthful feel to it and is unique in itself. 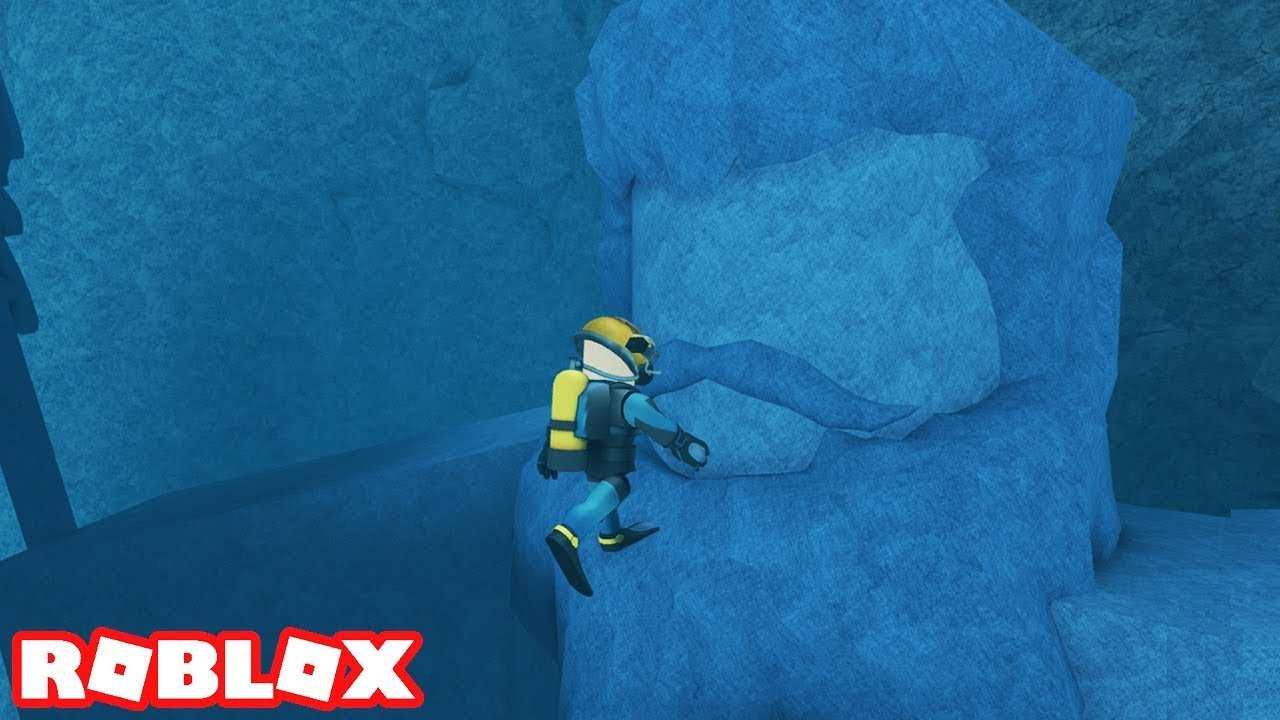 Want to go scuba diving without getting wet? Scuba diving at Quill lake allows you to do just that! It allows players to dive into the lake to look for items underwater. Players look for valuables and artifacts on different quests. The game makes players look for treasure while also solving the mystery of the lake. Players can buy items to upgrade their avatars and make their dive easier. 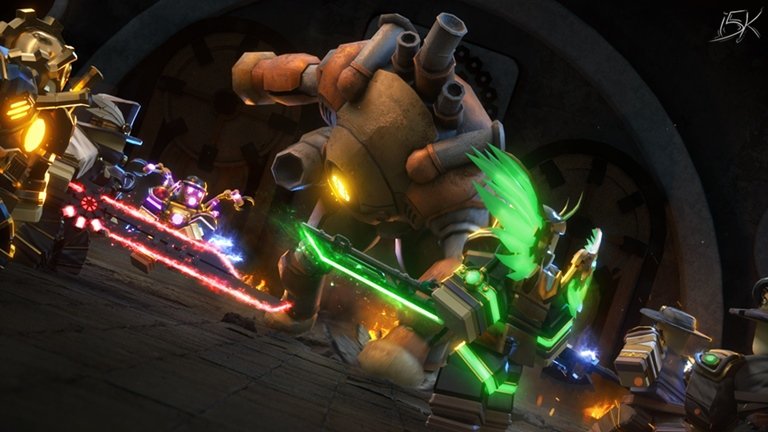 Dungeon Quest is a multiplayer adventure game where players use a mix of magic and combat to battle enemies. Players can play solo too. They can visit different dungeons with different difficulty levels. Players loot, brawl, and collect armor in this exciting game.

Ghost simulator is fun, and light-hearted, where players are supposed to vacuum ghosts. Sounds quirky right? It is! Players need to save the world from ghosts; they need to stop them before they take control of the world.  Players play in deserts, forests, fields, and many other locations. And beware, these ghosts are not scary at all; they look relatively friendly.

A very fun game, Pet Simulator X is about collecting pets, buying eggs, and gathering coins. During the course of the game, you will encounter some of the most adorable pets. Keep adding them to your kitty. While sometimes the eggs can get expensive but make sure to get hold of free coins and gems as much as you can. 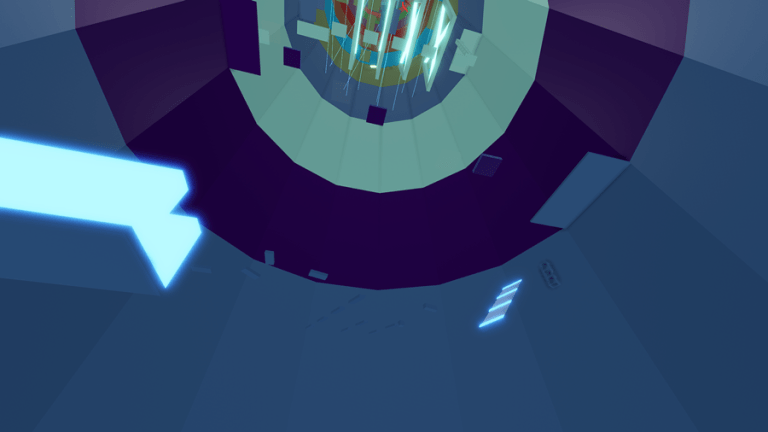 Town of Hell is an adventurous Roblox game that you must try. The gameplay is pretty straight forward, you have to top the randomly generated Obby. But not that there isn’t any checkpoint, so every time you get defeated you will have to start again from the beginning. 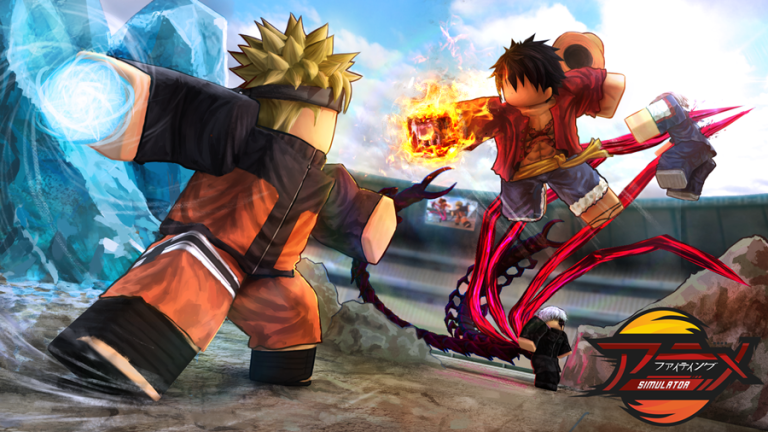 As it is quite clear by the name itself, Anime Fighting Simulator is a fighting game based on the standard fighting scenes shown in any normal anime movie. Although, you might have to compromise with the poor graphics. But if you are fond of this genre, you’ll be playing the game for hours without getting bored. You can play along with 20 players on a server. There’s also a private server option that costs 250 Robux.

Murder mystery 2, Bad Business, Counter Blox, Prison life, Meep city, and Superhero Tycoon are some of the games that are also popular but did not make it to our list. These games are delightful, interesting, and great to play. They must be tried as well.

Conclusion: Roblox is a very useful platform for gamers. It has a range of games for everyone. These are the 15 best games on Roblox. All of them are free to play.

If you've any thoughts on 15 Best Free Roblox Games to Play, then feel free to drop in below comment box. Also, please subscribe to our DigitBin YouTube channel for videos tutorials. Cheers!