Note: DigitBin do not encourage the use of Pirate Streaming Sites, we are not affiliated with the services in any form. The data below is just for information purpose. Piracy is Cyber Crime, Buy Movies and Watch

PRMovies is series of piracy sites that offer free HD Movies to Stream and Download. The site mainly focuses on Content from India, Hollywood, and all popular streaming platforms available globally like Netflix, Prime video, and more. Piracy is a crime and distributing and watching pirated content is a judicial offense. It is better to avoid prmovies as it may lead you into legal trouble.

PRMovies a yet another piracy site with prime focus on Indian Content, Hollywood Movies, Indian and Hollywood VOD Services. The site basically operates from Bangladesh. It has been taken down a number of times, the site first started its operations using a .com domain but after the service was closed it started its operations using various top-level domains to run the piracy network. 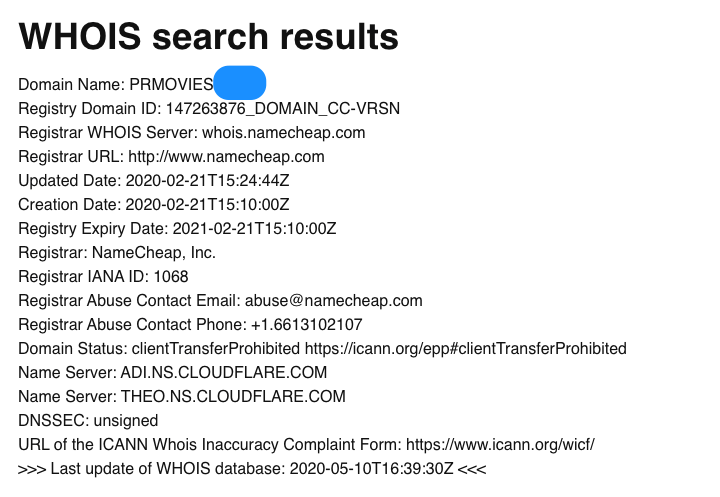 The majority of the Traffic for the Site comes from India followed by the USA. Also, it is easily accessible using a proxy or VPN making it a very conventional choice for the users.

PRMovies get around 1 Million visits monthly and it is estimated that it makes around $7K/month taking its net worth to around $300k.

Why to Strictly Avoid PRMovies?

India’s Media Industry Loses around $2.7 Billion in Revenue Every year due to Piracy.

Watching illegal streams which do not have any authorization is a crime and you may end up in jail. Some countries have very strict litigations on the unethical online Movie and TV streaming, the accused and the perpetrator both may face the wrath of the judicial system.

The services are in a “non-clear” legal grey area. The legality of the PRMovies depends on the country and the material being presented. The site streams movies and TV Shows from Torrents and other sources not accepted by studios. Downloading or streaming copyrighted material that you don’t own without permission or paying for it is illegal.

No action has yet been taken on the site legally but Google has been removing the URL from its search engine after multiple DMCA requests. Also, the Indian Government has asked the ISP’s to block all the related domain in the country. Movie Industry has noted that PRMovies is one of the prominent piracy site running globally.

The .com TLD site was banned by the Indian Government in 2018.

You Can Face Legal Trouble

Streaming illegal content is, of course, a punishable offence. But rules vary from country to country, some states have a very stern legislations while some may have nominal laws. Generally, the government attacks the publishers of the sites in an attempt to pull out the root cause. But it doesn’t mean the users of the site can’t feel the heat, as IP is public so is your activity, this is just enough for federal agencies of your country to penalise you. It is better if you distance yourself from the illegal watch.

“Viewing, downloading, exhibiting or duplicating an illicit copy of the contents under this URL is punishable as an offence under the laws of India, including but not limited to under Sections 63, 63-A, 65 and 65-A of the Copyright Act, 1957 which prescribe imprisonment for 3 years and also fine of up to Rs 3 lakh.” Said Indian Court in an Order

F2Movies releases all the latest movies and tv shows. It mainly focuses on Indian content including regional Indian shows and Web Series. But you also get Hollywood Movies and Web Series from Streaming platforms like Netflix, Prime, Disney+ and more. It also hosts latest released movies in a downgrade CAM quality. It hosts the videos on streaming torrents or video cloud platforms.

While movies are available for rent. You can watch 1000’s of free movies with Ad support on the VUDU at, Movies on Us and New Movies. You need a User Account in order to watch movies at Vudu, even for the content which does not cost, but registration is totally free. Vudu offers some of the best programs and TV shows to watch out with a library of over 20000+ Programs.

The Crackle by Sony is a free online service available across 20+ countries which let you stream TV Shows and Movies online. Being a Sony Entertainment product you can expect a large number of movies from Sony Pictures. Sony Crackle has a bouquet of movies and has partnered with the number of big production houses.

The Sony has partnered with a number of production houses like 20th Century Fox, MGM, Lionsgate, Funimation, WB, Walt Disney Company, Paramount Pictures, Village Roadshow Entertainment etc. The video library is huge and features content in good quality even if opt to watch it on big screens.

Tubi provides free ad-supported content from Paramount Pictures, Metro-Goldwyn-Mayer, and Lionsgate with many Not on Netflix programs. It also hosts a number of independent cinema. So just dive deep to take a ride on the largest library of free media content online.

SF claims to have over 5000 movies in their catalogue. The site primarily holds Documentaries and Independent Films from Hollywood, Indian Cinema, African, Spanish, French and more. Over 5,000 independent movies, TV shows, and documentaries. Over a dozen categories from adrenaline-filled action-adventure films to hilarious comedy and critically acclaimed documentaries.

The Crunchyroll is a popular site with over 50 million monthly visits which primarily focuses on east-Asian content primarily on Anime, Manga Series, Music, and Shows. The site is solely made for all the anime lovers. The service has rights to popular Anime Series like Naruto, Dragon Ball, Titan, etc. The Crunchyroll is the one-stop destination for all the Anime Lovers and is much recommended as it is safe and legal. Though all the content is not free, you get a 14-day free trial to access the shows and programs.

Conclusion: F2Movies is known to be one of the most notorious illegal streaming sites. The site offers free movies and TV Shows embedded for streaming and free download. It is illegal to use F2Movies to stream movies and the local law agencies may crack you down causing legal troubles.