Skip to content
Best Movie Streaming Apps for iOS Devices; iPhone and iPad. Get all the latest and popular movies right on your mobile or tablet with these streaming services. 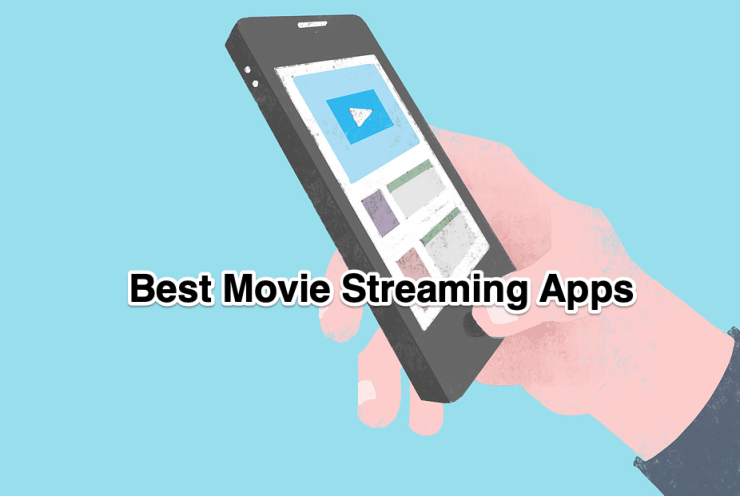 iOS by Apple is the second most popular OS for mobiles and tablets. Apple’s iOS is very much secure as compared to Android. The OS has its own App Store, which hosts millions of useful apps and fun games to enjoy in leisure. App Store also hosts a number of movie apps that you can download to watch the best and most popular movies on your iPhone or iPad. Almost all popular streaming apps are available for iOS devices.

Unlike Android, where you can install any 3rd party apps easily, iOS does not have any such easy provision to install 3rd party apps. You need to first install respective Trust Certificates on your mobile and then go for the third-party app installation. Direct app installation is not supported by iOS.

The apps which are not downloaded from reliable sources like Apple App Store could be potentially harmful and malicious for your phone and also to you as a user by harassing privacy. Today I will be listing some of the best movie-streaming apps for iPhone and iOS devices. 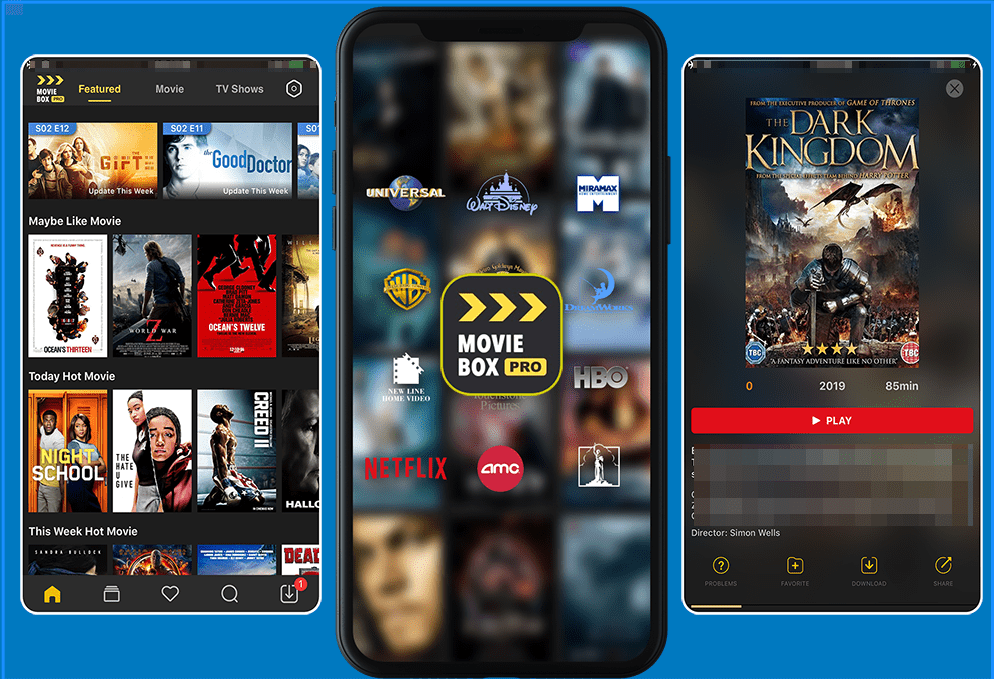 Though iOS has limitations on app installation, you can still download the Free Movie Streaming App for iOS named MovieBox. The app lets you stream free movies and tv shows, it can be dubbed as a free Netflix alternative. It is the best free alternative to most premium streaming apps.

If you are looking for a free and powerful entertainment streaming app, then Moviebox is the best alternative available right now on the web. You can even download the content for offline viewing. Though there are many illegal streaming apps for Android. iOS has some limitations due to its nature. But you can use TutuApp to Install MovieBox on your iPhone and iPad. 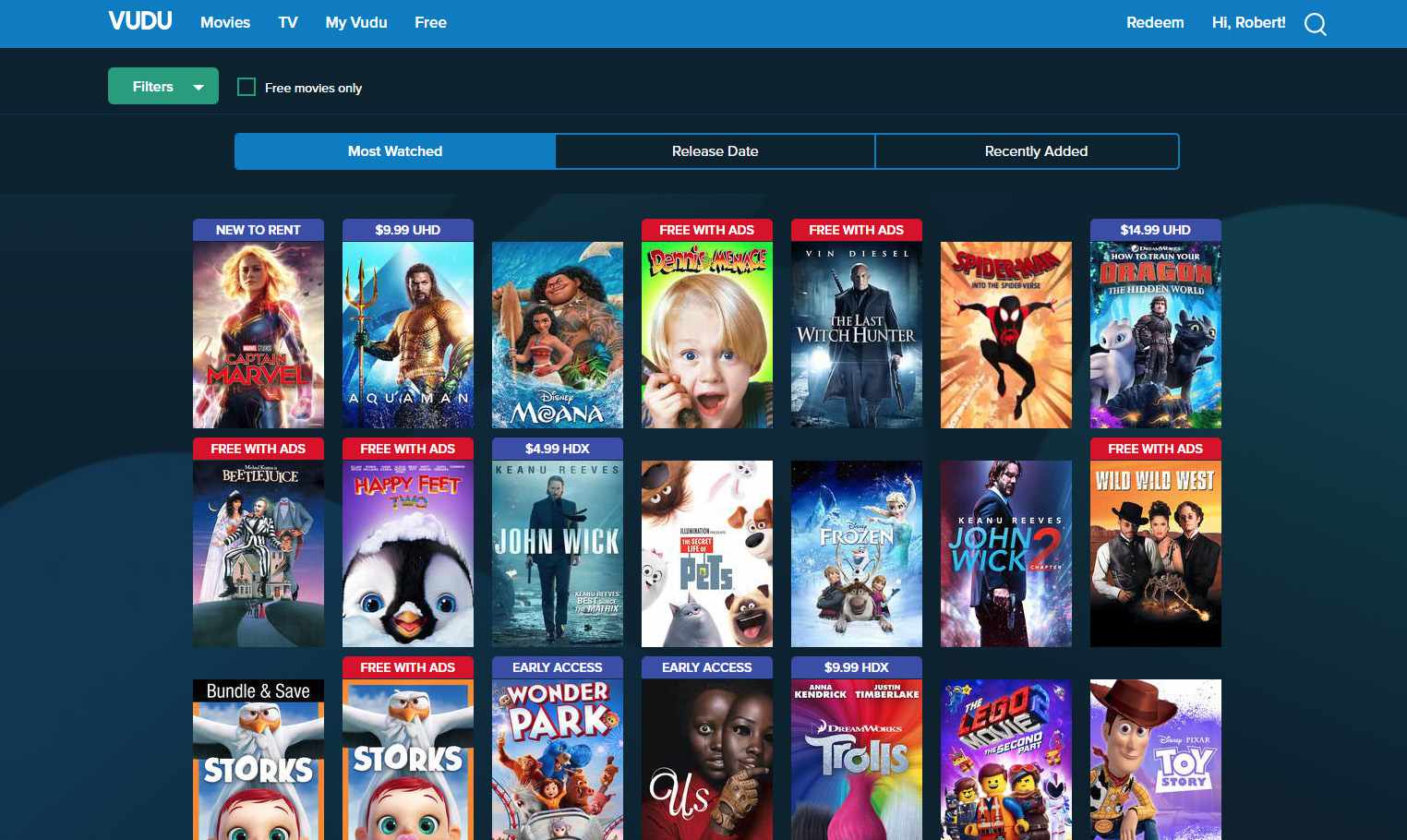 This is another popular content delivery platform similar to Netflix, but unlike Netflix, it offers a number of movies and TV shows for free. The best part of Vudu is it offers full-feature-length movies in 1080p, making it the very right choice for HD streaming. Vudu categorizes content into comedy, crime & suspense, action, family & kids, etc.

While movies are available for rent. You can watch thousands free movies with Ad support on the VUDU at, Movies on Us and New Movies. You need a User Account in order to watch movies at Vudu, even for the content, which does not cost, but registration is totally free. Vudu offers some of the best programs and TV shows to watch out for with a library of over 20000+ Programs. 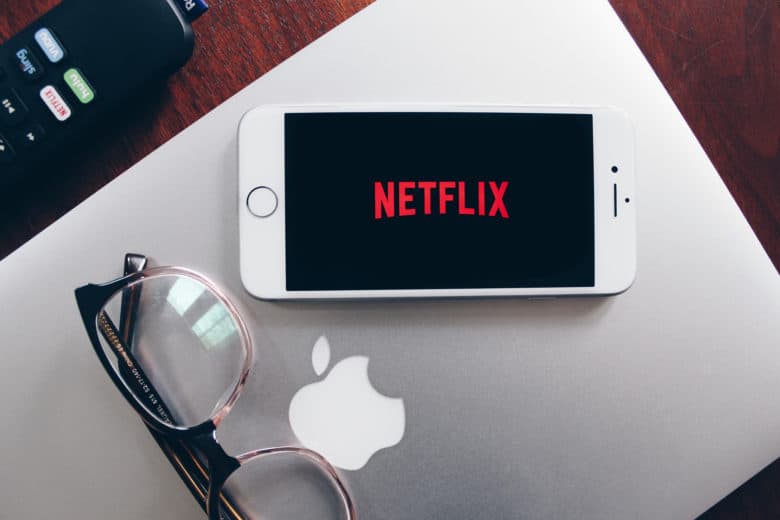 You would be leaving in the stone age if you have not heard about Netflix. Netflix is the best place to binge-watch shows, watch movies, and other highly-rated programs. The service hosts most of the popular TV shows along with classics, animations, animes, movies, documentaries, and its own originals.

Netflix may be called the epitome of online entertainment, given its reach and the quality of content offered. If you are seriously looking for some high-quality TV Shows, Movies, dramas, and Info-dramas, Netflix is the best service out there. The website gets over 1.5 billion visits each month, which itself describes its reach and popularity.

The Crackle by Sony is a free online service available across 20+ countries that let you stream TV Shows and Movies online. Being a Sony Entertainment product, you can expect a large number of movies from Sony Pictures. Sony Crackle has a bouquet of movies and has partnered with a number of big production houses. Since you can stream the films for free without any subscription, the service supports itself by running short pre-roll and mid-roll ads every now and then. Given its wide range of movies and the trust of Sony, this app is surely one which you should try

Sony has partnered with a number of production houses like 20th Century Fox, MGM, Lionsgate, Funimation, WB, Walt Disney Company, Paramount Pictures, Village Roadshow Entertainment, etc. The video library is huge and features content of good quality, even if opt to watch it on big screens.

Best Apps to Watch Movies for Free on Android 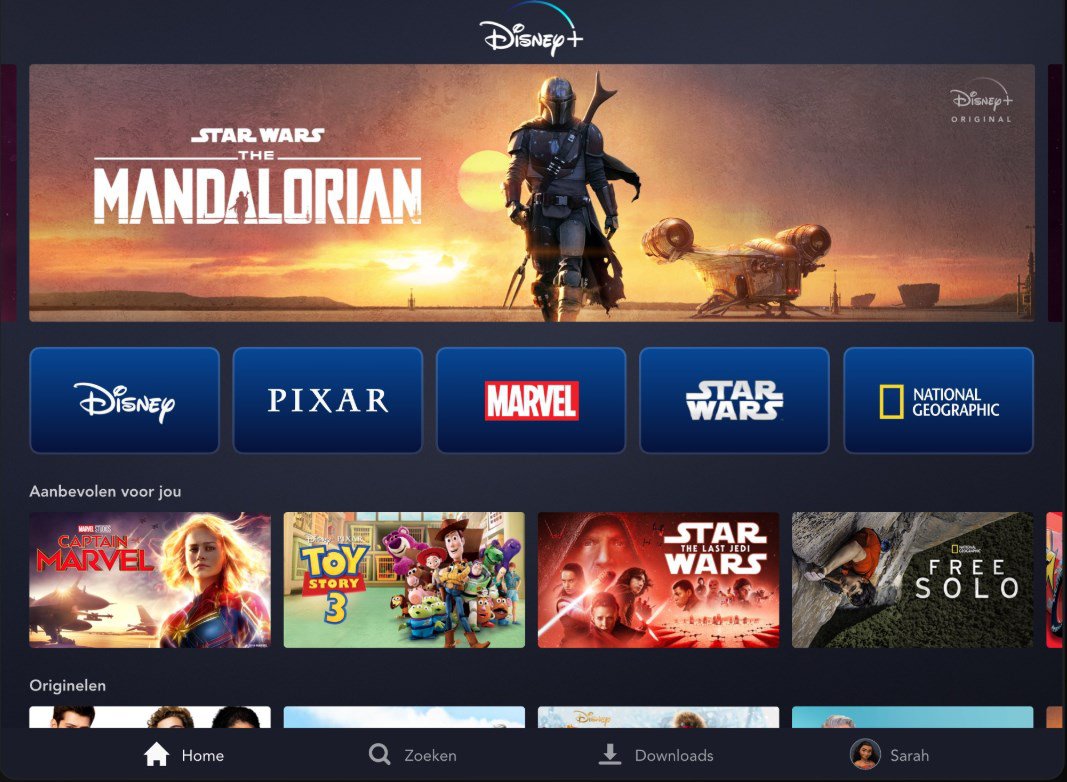 Disney+ is a subscription-based video-on-demand that is dubbed as the biggest rival to Netflix. Though compared to Netflix, the quantity of content is pretty much low, the quality it offers is very impressive, considering it just started its operations. You get some of the hard-to-find movies on Disney Plus, like the Star War Series and the very popular Marvel Movies.

Since Disney bought Fox Studios, you can expect a large number of movies from Disney and Fox. You get premium content from Disney, Pixar, Marvel, Lucasfilm, 20th Century Fox, and National Geographic, as well as original television series and films from Disney Channel and Freeform, and select titles from 20th Century Fox Television and ABC Studios. It just costs $7 per month, and it’s worth it. 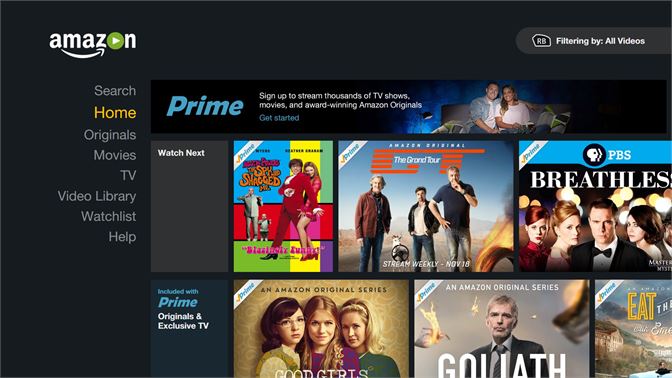 Prime Video by Amazon is the best Alternative to Netflix available in the web world, it is an On-Demand subscription service. The Instant Video hosts a number of Movies, TV Shows, Web Series, Animation, and Programs. PrimeVideo is picking up the slack with Netflix, adding new movies for its subscribers each month. The content growth on this platform is very impressive. You can expect movies and shows from some of the best and big production houses in the world.

Amazon Prime serves worldwide and holds country-specific rights to some of the premium local content and movies. Prime offers the option to set video quality and customize captions. The programs are categorized according to languages, nature, genre, and other in-depth sortations. If you are looking for regular new movies and original TV shows, then Prime is the best option to go for, which costs $12.99/month.

Why Use Prime Video?

Hulu is a subscription-based online streaming platform, but you can opt-out to pay and watch limited content for free, which includes more than 150 movies and TV Shows. The services of Hulu Live TV started in 2017; prior to that, it just use to host a series of TV shows, both old and new, movies, and other infotainment programs.

It works as a hybrid of Sling TV and Netflix, offering both TV Shows as well as Live TV to its users. The content and presentation of the App vary with the cost, low prices will offer you content with Ads, while a high package offers Live TV with no Ads. Hulu TV Pricing starts at $7.99. Though you may find the cost on the higher side, I believe it’s worth a buy. 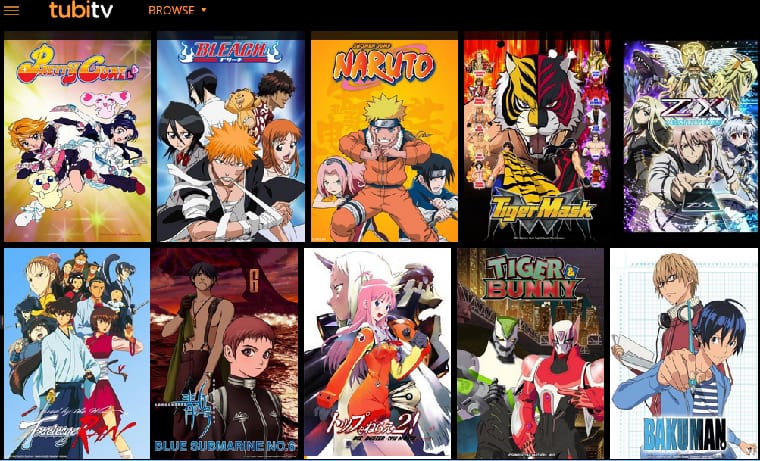 This free service is available globally and houses a bunch of movies and TV shows which is difficult for you to find elsewhere. With a library now surpassing 50,000 titles, second only to Netflix, Tubi TV is the best source of Movies and TV Shows. The site hosts thousands of Movies and TV Shows for all age groups, and that too without any subscription, and as a necessity, it runs on Ads. Tubi TV has something to offer for everybody, with content ranging from comedy, drama, kids, classics programs, and even Korean dramas, anime, and British series.

Tubi provides free ad-supported content from Paramount Pictures, Metro-Goldwyn-Mayer, and Lionsgate with many Not on Netflix programs. It also hosts a number of independent cinemas. So just dive deep to take a ride on the largest library of free media content online. 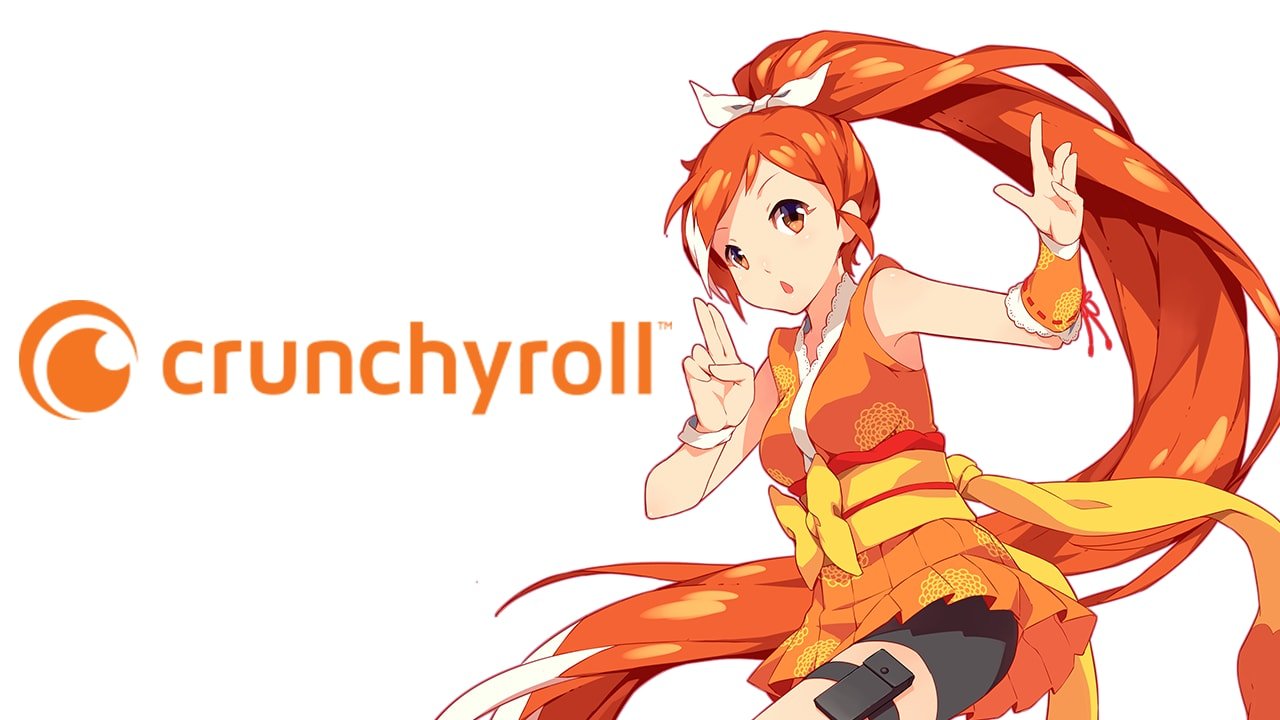 Crunchyroll can be termed as Netflix of Animation. It is a popular site with over 50 million monthly visits, which primarily focuses on east-Asian content, primarily on Anime, Manga Series, Music, and Shows. The site is solely made for all anime lovers. A legal and simple way to stream all your favorite animation. The service has rights to popular Anime Series like Naruto, Dragon Ball, Titan, etc. Crunchyroll is the one-stop destination for all Anime Lovers and is much recommended as it is safe and legal. Though all the content is not free, you get a 14-day free trial to access the shows and programs.

The Content Provider uses a freemium model. That means they offer anime for free at a lower definition and with advertisements. The latest episodes of ongoing shows can’t be accessed for free unless you wait for a week.

Now is a standalone content delivery service for all the programs and movies by HBO Studios and Partners. You will have passage to a large library of popular TV Shows like Game of Thrones, Westworld, Barry, etc. The site has a huge lineup of comedy shows, documentaries, and movies that are regularly updated. Though HBO offers its content at a ‘good price, looking at the vast assortment of movies and TV shows it has, HBO Now is a very good option to go for. You can watch HBO Now Free for 1 month as a trial. The service costs $14.99/month, and there are no hidden charges.

Sling TV is a pretty decent Live TV Streaming service available in the market. The ease of customization, number of channels, and just OK pricing make it a favorable platform for all the supported devices. Sling’s Orange package is $15 per month for 31 channels. It has a good mix of basic sports, news, and entertainment Channels. The Blue package is $15 per month and consists of 45 channels. The Orange and Blue can be combined into one package for $25 a month.

PlutoTV is a TV platform with over 100 TV Channels, a Number of Movies, and TV Shows which can be watched for free. TV generates revenue from video advertisements between programming. Apart from Live TV, they also have On-Demand Movies, which you can select right away.

The content is directly licensed from the provider, and Pluto has partnered with over 80 distributors. You can also enjoy movies on Live TV Channels. Pluto TV is the best service offering both On-Demand Movies and Live TV. The TV has dedicated apps for all devices like Android, Roku, iOS, Apple TV, and more devices.

EPIX NOW is an awesome OTT platform that houses TV shows and movies. This app has loads of useful features, making it easy for users to enjoy their favorite shows and movies. It has thousands and thousands of movies, documentaries, and shows. Users can watch Live TV uncut and without any annoying commercials. And EPIX NOW’s subscription is reasonably priced at just $5.99 a month.

Popcornflix is a free app for streaming movies and TV shows. It has countless movies and documentaries. These are arranged in different genres for easy access. Genres include drama, horror, comedy, thriller, etc. Users can also search for movies by movie name, actors, and actresses. Just a heads up, the app has ads to sustain itself. The ads can be exhausting, but that’s the price for free content! And, the app does not have a watch later feature too.

The Kanopy is a dedicated app with customisation control given to the institute. The Service also includes kids section to power the growing minds which can be accessed by any account holder. With Kanopy you get one of the most compelling film collection from around the world and all you need is a Library Card or Document of Similar Nature accepted.

Conclusion: Watch Movies and TV Shows on your iOS devices for Free or by Pay with some of the best Movie and TV Show Streaming Apps for your iPhone and iPad.

If you've any thoughts on 15 Best Movie Streaming Apps for iPhone, then feel free to drop in below comment box. Also, please subscribe to our DigitBin YouTube channel for videos tutorials. Cheers!