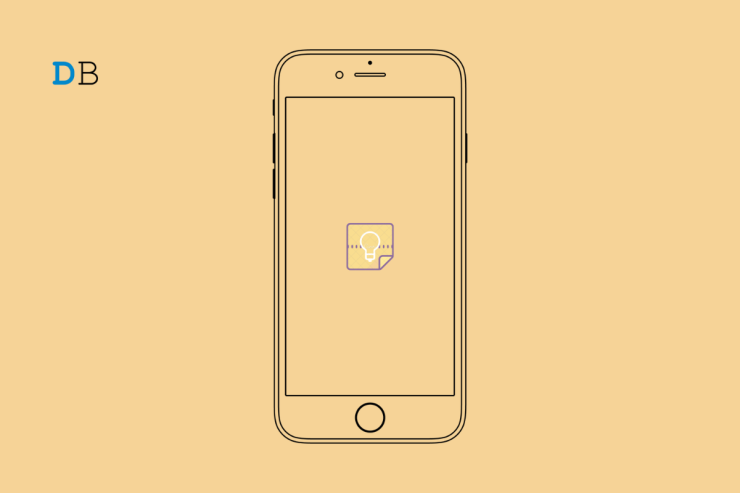 Is the Google Keep not syncing on your iPhone? You need to know a few troubleshooting tips to fix this problem which I have described in this guide. Keep is a notes app from Google. Have you been an Android user and recently switched to the iPhone? then you do not need to start using the Notes app of iOS separately. You can import the notes from Google Keep and sync them with the Notes app.

Sometimes it may happen that even though you have imported the Google Keep contents to the Notes app, it doesn’t show. This means there is some issue in the syncing of the content. Trying to sync a lot of files from Google Keep to Notes over mobile data may slow down the whole process. You need to have the Google account enabled for the Apple Notes app. Also, if automatic data fetching has become disabled, there will be an issue syncing the new material from the Keep app to sync with the Notes app.

Best Ways to Fix Google Keep Not Syncing on iOS

Here are all the fixes you should use to resume the syncing of Google Keep on your iPhone.

Doing so will reduce the hassle of separately installing the Google Keep app on your iPhone. Also, the manual transferring of data from Keep to Notes can be avoided if you enable the Google account for the Notes app.

2. Set Gmail As the Default Account for Notes App

When you start using the Notes app, it sets the Apple iCloud profile you use on the iPhone as the default account accessing the notes. You can change that to a Gmail ID that you use primarily.

In case of any random bug issues, performing a force close and relaunch will fix the sync issues easily.

I have often observed that the sync issues may happen due to using the developer beta version of iOS. Though beta builds of iOS have their fair share of bugs, the developers keep releasing new builds regularly. It is up to you to grab the new iOS update whenever it becomes available. To check that out,

Now, go to the Notes app and check if Google Keep is syncing with the Notes app. Make sure that the Google account has been enabled for Notes or set as the default account for the iOS Notes.

Before trying this troubleshooting tip, do enable the Google account for the Notes app. Use the steps mentioned earlier.

6. Use WiFi Network to Sync from Google Keep to Notes App

WiFi network is any day stable and swifter than mobile data. Besides, depending upon your geographical location, and the efficiency of the ISP, the mobile data may stutter. Hence, the sync process takes a lot of time. It is wise to use a WiFi network.

If you already have been using a WiFi network, and still facing the issue, try resetting the router. Let your ISP know for their servers may be down for maintenance. You can additionally try toggling between flight mode enable and disable. Then check if the notes in Google keep are showing up on the iOS Notes.

Instead of running separate apps from different operating systems, why not merge it all? While it is quite easy to sync the notes from Google Keep with Notes for iOS, certain technical issues may make things difficult for you. Now, you know all the necessary changes to be made to Notes settings in iOS. Thus, you can easily fix the issue of Google Keep Not Syncing on iPhone.

If you've any thoughts on How to Fix Google Keep Not Syncing on iPhone?, then feel free to drop in below comment box. Also, please subscribe to our DigitBin YouTube channel for videos tutorials. Cheers!