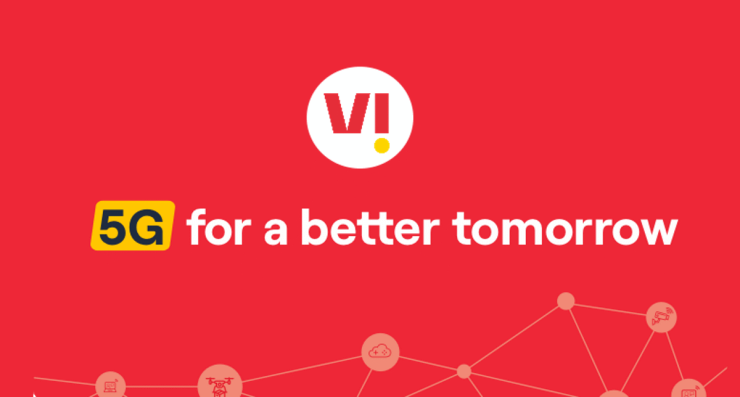 Vi 5G was launched at the Indian Mobile C9ngress event held on October 1st. While other competitors like Jio and Airtel released their rollout plans for the 5G, Vi remained silent and did not announce anything on that day. But Vi has also bought the 5G spectrum during the auction, and it is imminent that the Vi 5G is very near.  Vi has also started sending messages to Delhi NCR users about the Vi 5G. When you will get to use the Vi 5G, how fast is Vi 5G, and what are the data plans for the Vi 5G? All these kinds of questions will be answered in this article.

Among all the bidders for the 5G, Vi was the lowest bidder of them; Vi only bought the two popular spectrums, 33000 Mhz and 26GHz, for 18,799 crores. Most smartphones are capable of these bands, while the coverage maybe not be as good as other bands. Vi has also bought a few 4G bands as well, so we can expect a very improved 4G network from Vi. It acquired a total of 6.2 GHz of spectrum over PAN India.

As Vi has not announced any cities where it will launch the Vi 5G, It is expected that the Vi 5G will be launched first in the 13 major cities of the country; the following cities are on the list

Later on, it will be spread across the country.

Where will you get the 5G SIM?

No, you don’t need to get a 5G SIM for the 5G network. The Vi 5G will use the NSA technology and will be quite similar to its counterpart Airtel. The Vi 5G will be based on the 4G infrastructure, and it is Non-Stand Alone technology.

When can you use the Vi 5G

Vi has not cleared the launch date of its 5G, but as we have already said, it has started sending a text to its users in the Delhi NCR about the 5G, and it is possible that the Vi 5G will be available soon. Vi 5G is expected to be available for users in early 2023 and later on.

As we have not done any real-life tests of the Vi 5G. But Vi 5G trial was done in the month of May in Pune, and it achieved a staggering speed during the trials. Vi 5G achieved a downloading speed of 5.92 Gbps in the first trials.

While the other trials were also performed, it reached the peak speed of 3.7 Gbps and 1.5 Gbps during the other trials. All these speeds look exciting, but Vi has yet to prove its speed in a real-life scenario, and that will be out only after the 5G launch.

Pricing and Data plans for the Vi 5G

There is no information about the 5G data plans of Vi as of now. But as we have already stated that the Vi will be using the mid-range and high bands like the 26GHz ones. Don’t expect Vi to be cheaper, as it will charge you more for the data. As the reports are coming, we can expect Vi to charge around 600/700 rupees for 5G data plans.

Vi 5G is yet to be launched for the users, but it has the 5G spectrum, and it will be launched soon. How different will be the Vi 5G vs. the Vi 4g? What improvement do you expect? Let’s find out.

Vi 5G is expected to be 10X faster than the 4G. That means you will expect to download a 1 GB movie with one tap. A better speed will give you a great experience while you upgrade from the 4G.

Using a 5G Network will give you better coverage indoors and outdoors. As the Vi is using only the mid and high spectrum, Indoor coverage will not be as good as others, but it will be a great improvement from the 4G.

Latency is the time taken to transfer a packet of data from one place to another. The latency of Vi 5G is expected to be 5 ms, and it is enough for daily needs. You can feel the improvement from the 4G once you switch to the Vi 5G.

In this article, we discussed the Vi 5G. Vi is still trying to gain the users and the coverage it had a few years back. With the 5G launch, it will be fascinating to see how the Vi 5G will compete with the others with the mid and high-range spectrum. With the promise of great speed from each telecom company. The 5G  competition will be interesting.