Skip to content
Wish to Unblock Sites and Apps Restricted on your School WiFi Using VPN Proxy? Here are some Best Free VPN Apps for School WiFi for Android and iPhone. 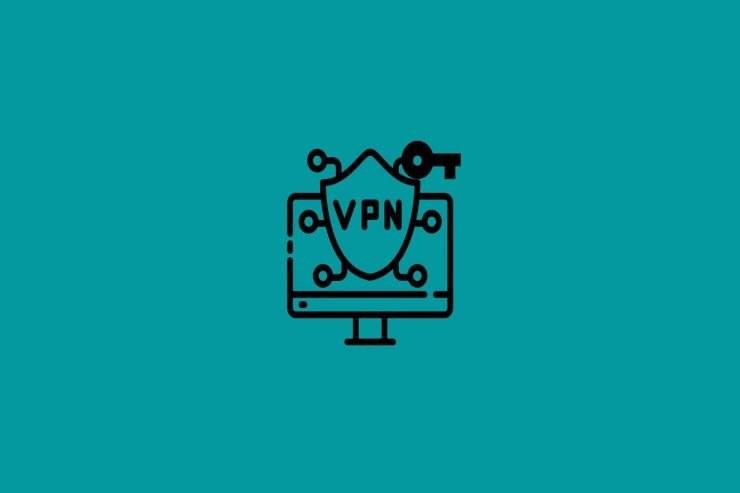 We all might face issues while accessing some particular websites when connecting to school or college WiFi on our Android or iOS device. This happens because of the security setup by the admin of your institution’s WiFi network. But, you know what? There’s a way using which you can easily bypass that security wall and access whatever you want. Yes, we are talking about VPNs.

Using a Proxy VPN on your Android and iOS device is safe and doesn’t involve any problems. But many VPN services are paid, and you must pay an amount to use their service. However, there are still some free VPNs available that you can use on your smartphone. Well, this guide is all about that. Here we have mentioned some of the best free VPNs for School WiFi that you can use on your Android or iOS device. So, let’s get started with them.

Top Free VPN For School WiFi on Android and iOS

Popular social media sites and chat applications like Skype and Snapchat are often restricted at schools, preventing students from using them without VPN services. So, if you also face difficulties connecting to School WiFi, check out the VPN name we have mentioned further in this article. 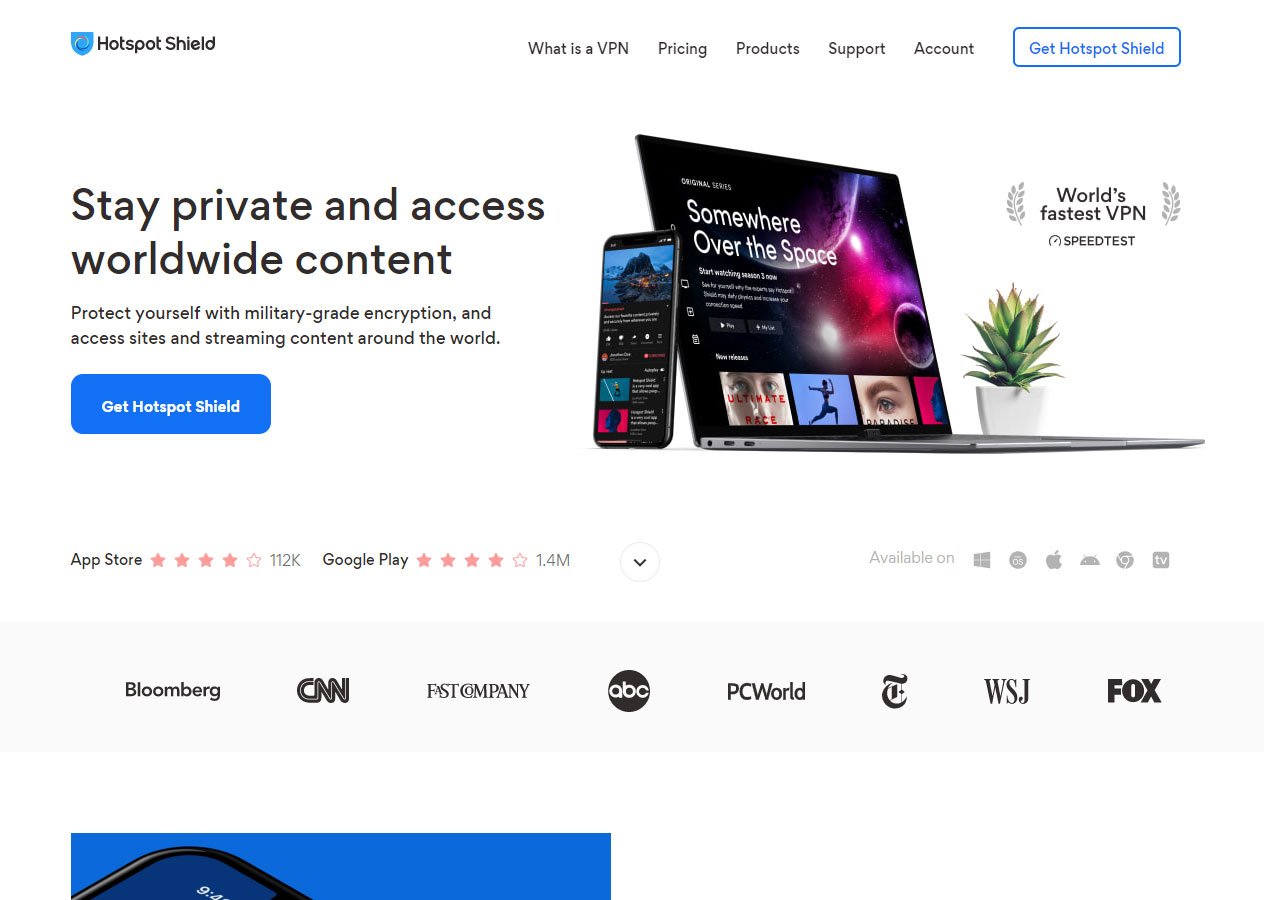 With its proprietary Hydra Protocol, Hotspot Shield claims it is faster than most VPNs. Its large server network and intuitive apps enable Hotspot Shield to deliver excellent VPN speeds. Since its logging practices are bad for torrenting and it is no longer compatible with US Netflix, it is not a good option for torrenting. Hotspot Shield is generally useful but unusable for unblocking Netflix or performing privacy-related activities. 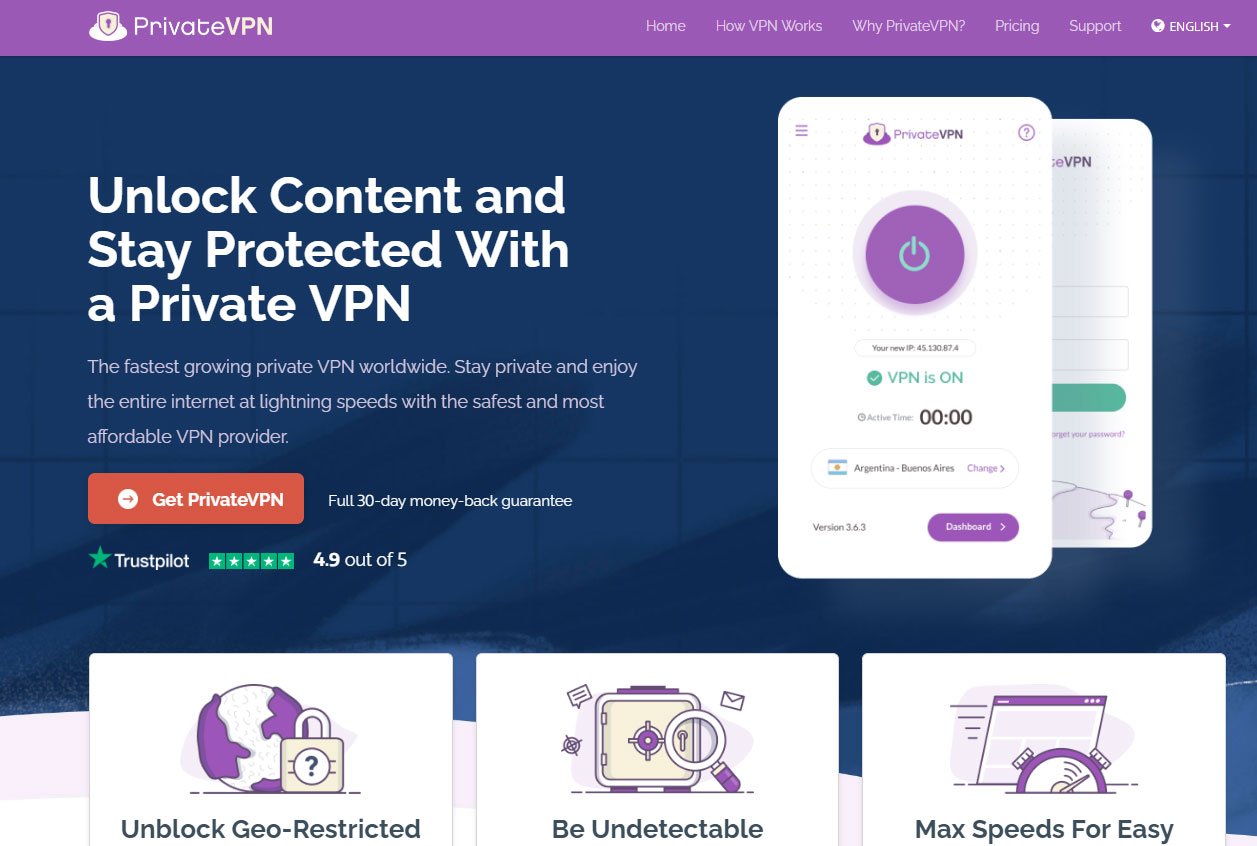 With a 7-day free trial, you can try its full features with unlimited data and bandwidth. Those who want to protect their mobile devices on a field trip or test out a VPN can get a week’s free VPN access. Numerous protocols can be used to protect your data’s integrity while traveling over a network connection, including OpenVPN, PPTP, IKEv2/IPSec, and L2TP.

In addition to not storing traffic logs or any other personally identifiable information, PrivateVPN is located in Sweden. Moreover, the country’s privacy logs protect your information. Fast streaming speeds and unlimited bandwidth unblock Netflix US and BBC iPlayer, so you can watch your favorite shows and movies without interruption. Besides, you’ll have unlimited data to play with, so you can watch movies for hours. 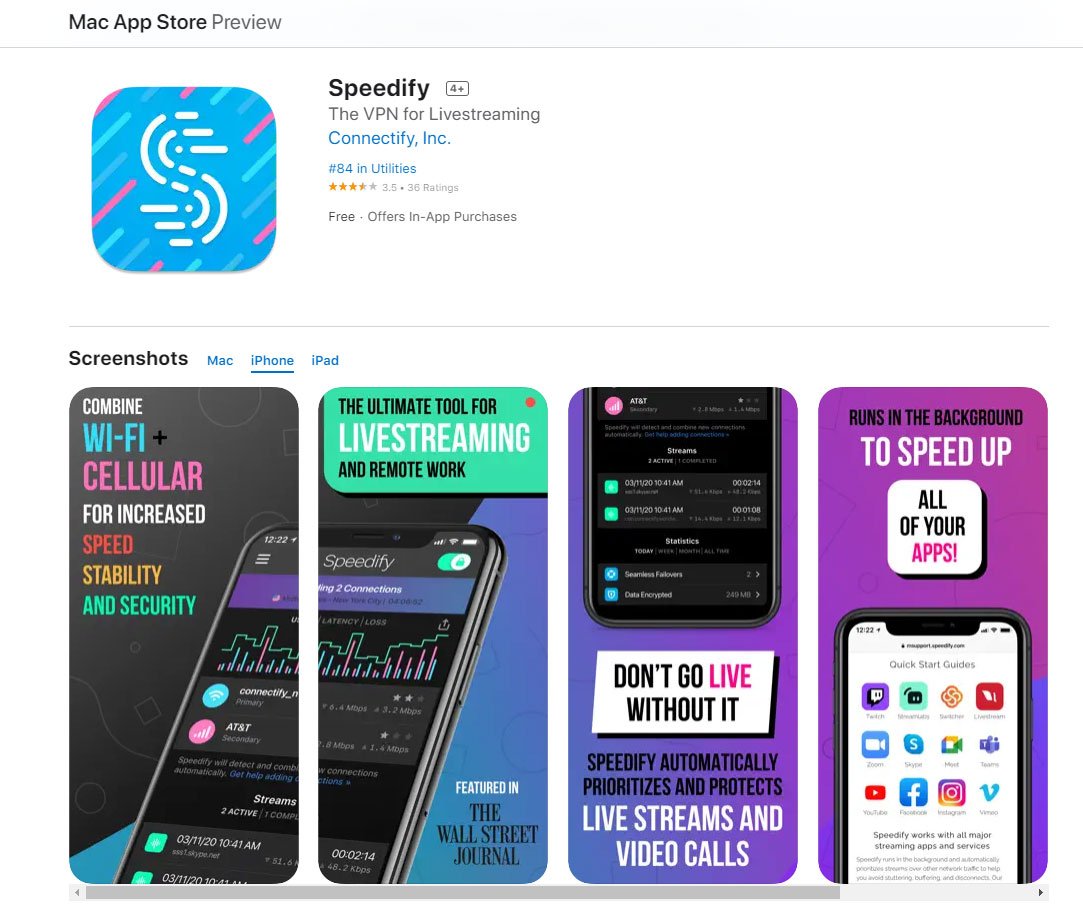 Using Speedify’s free service, you can search the web all day or watch about two hours of SD video. All 53 servers in 35 countries are accessible, and you receive 2GB of free data each month. 128-GCM-based AES encryption is stronger than 256-bit AES encryption. But it isn’t as secure as 256-bit AES encryption. Additionally, Speedify protects DNS leaks and abides by strict no-logs policies.

If you unblock these streaming services, you will be able to access Netflix and Hulu. With the free version, I don’t recommend Speedify’s channel bonding feature for speeding up streaming and torrenting. It takes almost twice the amount of data to stream a channel than to stream a regular video. The P2P specialty servers Speedify offers don’t support torrents, although they do have dedicated P2P servers. 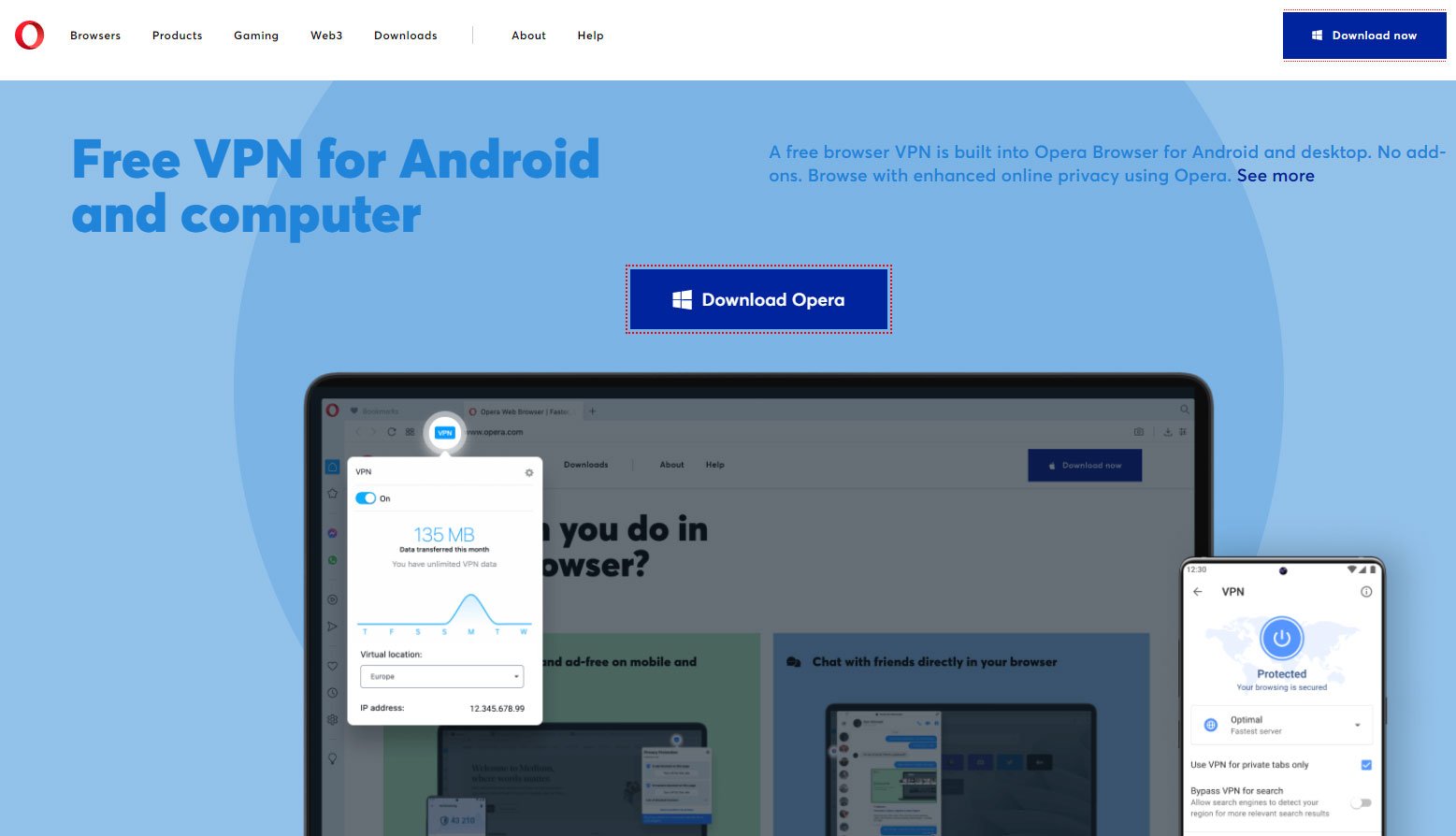 There are several issues with Opera VPN, including its safety and security. Despite its lack of tunneling protocol, invasive logging policy, and lack of a real VPN, it does not qualify as a VPN. It is not recommended that you use Opera VPN for online security. In order to browse the web securely and safely, privacy-conscious web users need to use a VPN.

VPNs are less dangerous than not using them at all, but using one that is unsafe can often be even more dangerous. According to the Internet World Stats, Opera is the world’s eighth most popular web browser. This browser-based VPN service is offered by Norwegian-based Opera Software and aims to provide enhanced privacy while you are surfing the internet. 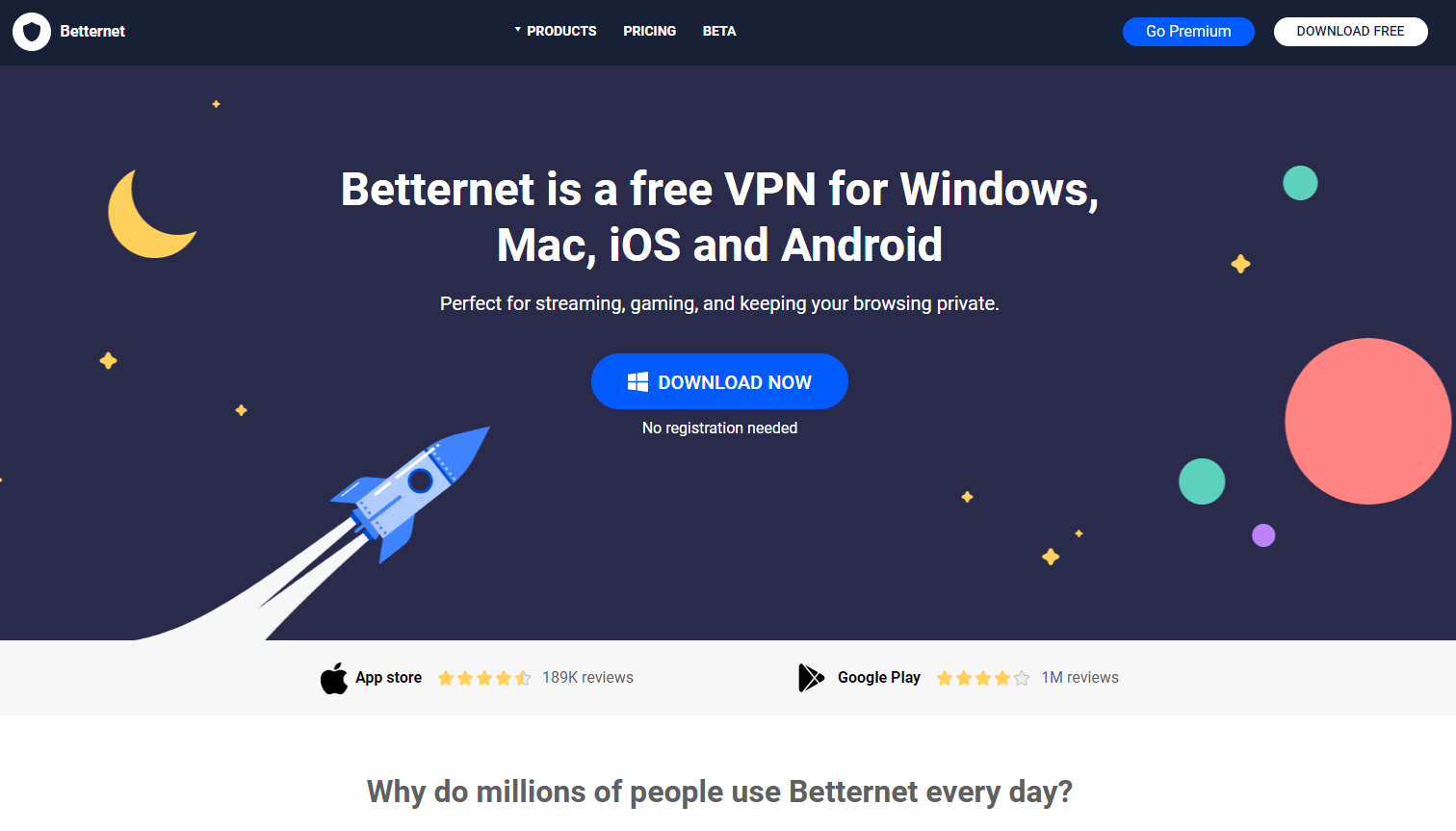 Aura Group also owns other VPN services from Betternet LLC Inc., which operates Betternet as part of its Betternet LLC Inc. subsidiary. Traffic is encrypted with AES-128 and AES-256 ciphers by Betternet, but that’s all it has going for. You won’t find any security extras or kill switches for protecting your identity in case of an unexpected connection loss, and the privacy policy is questionable.

It is safe to conclude that Betternet is not a trustworthy or safe VPN service. There is nothing safe or reliable about Betternet’s Free VPN. A weak privacy policy, a throttled speed, and a lack of basic security features are all downsides of this service. In addition, the VPN doesn’t work with popular streaming services and does not offer customer support. But, for casual use, you can go with this VPN service. 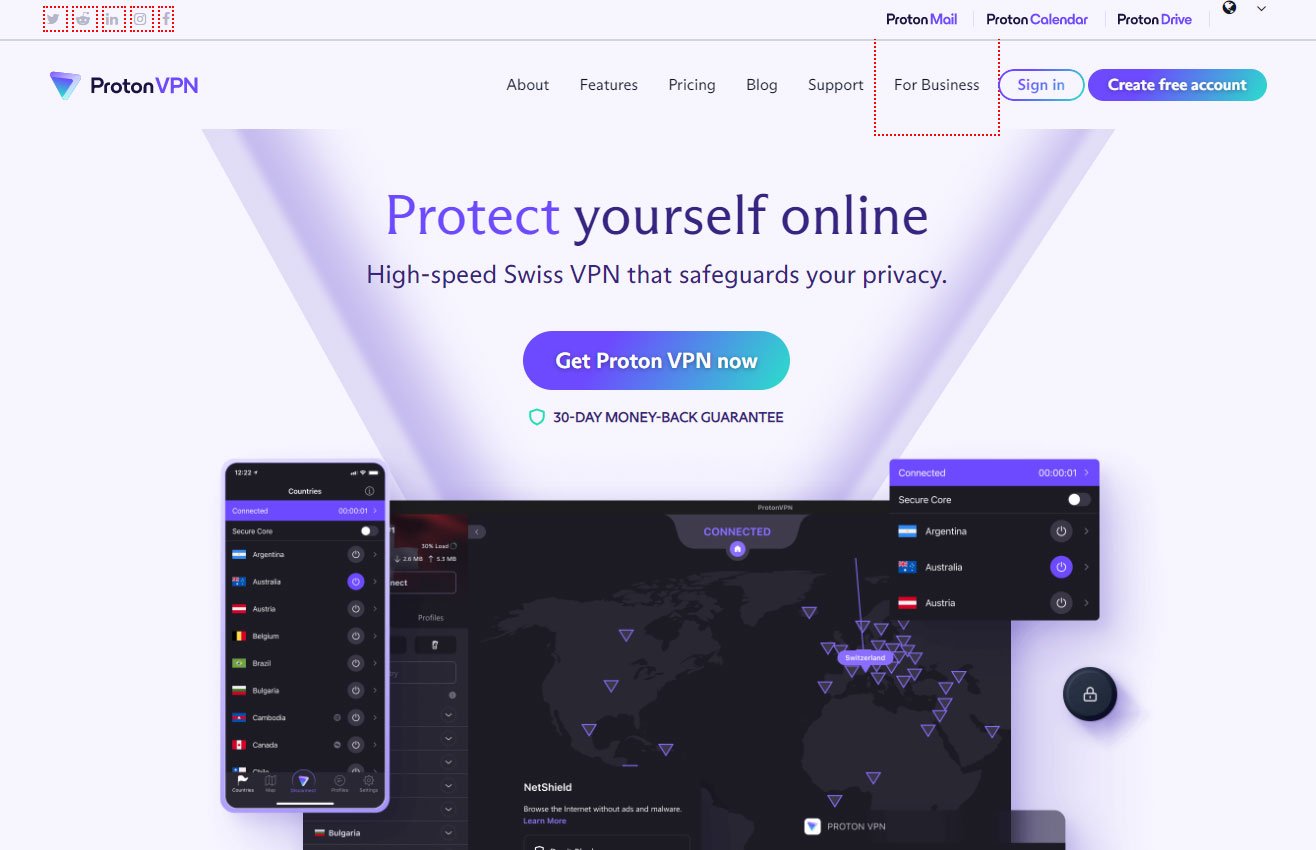 With Proton VPN free, you can unblock Netflix and Hulu in addition to getting unlimited data and bandwidth. Despite that, only Dutch, US, and Japanese servers are available. Hulu and Netflix are both American-based streaming services, so students will have no trouble accessing them.

As an added bonus, Proton VPN always connects to the VPN the minute your device boots up, so you’re always protected. An impressive feature of this free VPN is that it provides both IKEv2/IPSEC and OpenVPN protocols for creating secure tunnels for your data.

With a VPN like CyberGhost, your data is protected with features like DNS leak protection and a kill switch in case of a connection failure. You can also use a double VPN to encrypt your data even further to prevent it from being accessed. Your data becomes virtually unhackable since Proton VPN already supports AES 256-bit military-grade encryption.

With 3000 servers located in 94 countries, Express VPN is one of the biggest VPN platforms in the world. This VPN allows you to torrent, play games, stream videos, and unblock school Wi-Fi-protected content. This service has one of the biggest advantages: it keeps no logs, so users who want to be completely anonymous online should use Express VPN.

There can be up to three connections at once, and it supports cryptocurrencies. Thanks to a broad network of servers, it is easy to find the fastest server for your location. Similarly, it contains a Kill Switch, also known as a “network lock,” that works in accordance with regular principles. Also, this enhances the security of your browsing activities.

CyberGhost is one of the best VPN services out there because of its outstanding security and strong privacy policies. Nevertheless, due to its recent acquisition by a UK-based Israeli firm, many people are still determining whether they can trust CyberGhost.

In spite of that, CyberGhost makes an excellent VPN choice for colleges and schools. This is because it has over 5700 servers in over 90 countries, making it perfect for unblocking restricted websites and media content.

However, from your device to the website, all your traffic is encrypted with AES 256-bit encryption by CyberGhost. Additionally, you can use one account across up to seven devices without any problems. Besides Windows and macOS, it is also available for Linux, Android, and iOS.

If you've any thoughts on 8 Best Free VPN for School WiFi: Bypass School WiFi for Android And iOS, then feel free to drop in below comment box. Also, please subscribe to our DigitBin YouTube channel for videos tutorials. Cheers!